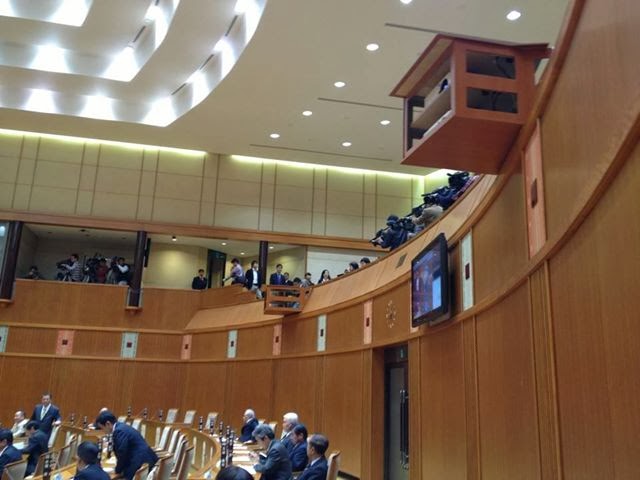 Okinawa Prefecture Assembly passed the resolution, calling for the resignation of Governor Nakaima, although it is not legally binding.

It points that Govenor's decision [to break his 2010 campaign promise and (despite the opposition of the Okinawan Prefectural Assembly, mayors of all Okinawan municipalities, and other elected political officials) approve a deal for environmentally destructive military landfill at biodiverse Henoko and Oura Bay, in exchange for a slight increase of government subsidies] is not reflective of the Okinawan people's will.

Posted by TenThousandThings at 9:16 AM
Email ThisBlogThis!Share to TwitterShare to FacebookShare to Pinterest
Labels: democracy, Okinawa