To the Japanese Fisherman of Taji from Yoko Ono 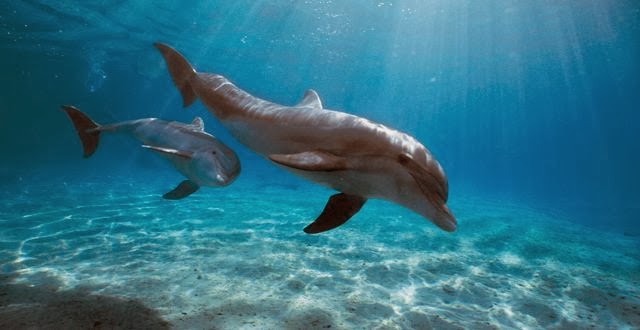 TO THE JAPANESE FISHERMAN OF TAIJI
FROM YOKO ONO, 20 JANUARY 2014.

I understand how you must feel about the one-sided-ness of the West to be angry at your traditional capture and slaughter of Dolphins. But that tradition was made only when the world, and Japanese Fishermen did not know what it meant to do harm to the Dolphins. I'm sure you have heard so many speeches in which all of these things have been discussed. So I will not bore you with it.

But I think you should think of this situation from the point-of-view of the big picture. Japan has gone through such hard times lately. And we need the sympathy and help of the rest of the world. It will give an excuse for big countries and their children in China, India and Russia to speak ill of Japan when we should be communicating our strong love for peace, not violence.

I am sure that it is not easy, but please consider the safety of the future of Japan, surrounded by many powerful countries which are always looking for the chance to weaken the power of our country. The future of Japan and its safety depends on many situations, but what you do with Dolphins now can create a very bad relationship with the whole world.

The way you are insisting on a big celebration of killing so many Dolphins and kidnapping some of them to sell to the zoos and restaurants at this very politically sensitive time, will make the children of the world hate the Japanese.

For many, many years and decades we have worked hard to receive true understanding of the Japanese from the world. And, because of our effort, Japan is now respected as a country of good power and ingenuity. This did not happen without our efforts of many decades.

But what we enjoy now, can be destroyed literally in one day. I beg of you to consider our precarious situation after the nuclear disaster (which could very well effect the rest of the world, as well).

Please use political tact and cancel the festival which will be considered by the rest of the world as a sign of Japanese arrogance, ignorance, and love for an act of violence.

Postscript: Dolphin hunting and selling dolphins to aquariums around the world are not Japanese traditions. The large-scale hunts at Taiji only began in 1969.  Smaller scale kills are an"invented tradition" dating back to the Meiji (1868-1912) period, when the Japanese government sought to replace the Japanese archipelago's diverse regional and local cultures with a standardized state-directed national culture. Large-scale whale hunts also began during the postwar period, introduced to Japan by the US Occupation.  Traditional Japanese cuisine is characterized by no or sparing use of meat of mammals.

Background on Taiji dolphin kills as an"invented tradition" at this 2009 post "Taiji (killing dolphins is not a Japanese tradition) and Beyond: Saving Dolphins and Whales throughout our Planet." Background on the even more recent large-scale kills at "Taiji Dolphin Drives Started in 1969, and Are Not a Part of Japanese Tradition" by Candice Calloway Whiting (published at Seattlepi.com).