ANPO: Art X War will have its NYC premiere at the DOC NYC Film Festival on Nov. 6

See the DOC NYC website for show details and the film's trailer. 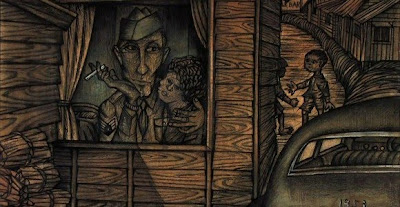 ANPO refers to the US-Japan Mutual Security Treaty, which has justified the presence of 90 US military bases in Japan for six decades. The presence of the bases has spawned opposition and protests.

Director Linda Hoaglund (who was born and raised in Japan) delves deeply into resistance against ANPO, drawing upon rich archival sources of oil paintings, photographs, films and animation.

Her documentary is a revelation of art and history, offering a bracing perspective on Japan very different than most western coverage.