Many thanks to Martin Frid for his excellent post on the Okinawa election results. 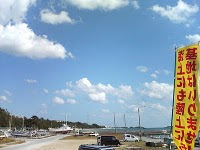 (Banner: "We do not need U.S. military bases in Okinawa." (Image: Kurashi)

The results of the election on Sunday in Okinawa are as follows, according to Ryukyu Shimpo, the local newspaper. NHK also notes that the LDP-backed candidate, Nakaima, 71 years old has won.

Both said they want Futenma, the US military training base, moved out of Okinawa. Peace activists, however, doubt that Nakaima Hirokazu will follow up on this pledge. To NHK (video) he notes on Sunday night that the US military bases are not there just for the sake of Okinawa, but for the sake of the entire country. He also says, again, that the base should be relocated outside of the prefecture of Okinawa.


While Iha Yoichi unequivocally opposes a new base in Okinawa, there has been some confusion by incumbent governor Nakaima's expression of his intent to call for relocation of MCAS Futenma "outside of Okinawa." However, throughout the campaign, he has avoided the question of whether he really opposed the government's plan to build a new base in Henoko. "It appears that Nakaima wants to gain Okinawans' support but wants to avoid confrontation with the Japanese government at the same time," the newspaper's editorial suspects. Iha, on the contrary, "will not accept any negotiation based on the current US-Japan plan and challenge the both governments to give up the plan."

(Quote and translation by Vancouver-based Satoko Norimatsu of Peace Philosophy Centre: To stop the Henoko base plan, IHA must win. 沖縄に基地を作らせないためには伊波候補が勝たなければいけない)

Read more about the peaceful protests at the Tent Village, Henoko, Okinawa at The Asia-Pacific Journal: "Henoko, Okinawa: Inside the Sit-In" by Yumiko Kikuno:


On December 25, 2009, I visited “Henoko Tent Village” in Okinawa, with Satoko Norimatsu, Director of the Peace Philosophy Centre, a peace education centre in Canada. The “village” has acted as a base for the 13-year long nonviolent anti-base movement. On the day we visited it was raining, which made Henoko beach look like it was crying. We were welcomed by Toyama Sakae, the “mayor” of Henoko Tent Village, and by other activists, including Nakazato Tomoharu, “Yasu-san,” and “Na-chan.” Mr. Toyama invited us to have a seat and proceeded to explain the history of the movement to save Henoko.

And Japanese bloggers of course are also covering this important election: Chura umi o maore (Protect our ocean) and Henokohama Tsushin (Reports from Henoko Beach) and Michisan (a blog to help you know what local Okinawan newspapers are saying) and Sumichi and Takae and News for the People of Japan...

(Above photo from Rimpeace, stating without a doubt that the Okinawan people do not want (a new mega-military base destroying the beautiful Henoko coast or) US Osprey aircraft on their soil.) 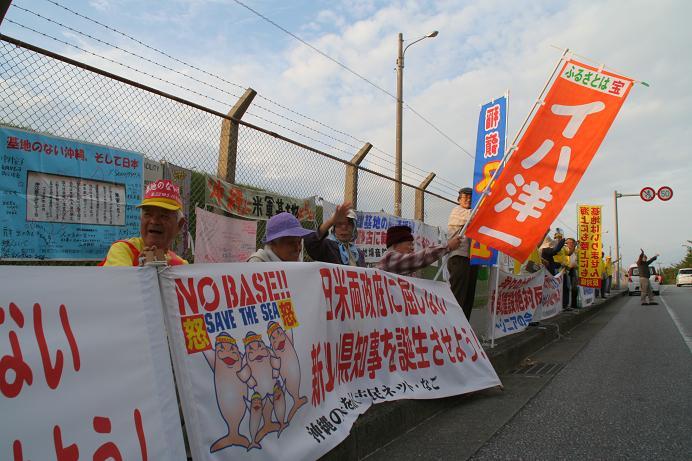 Posted by TenThousandThings at 12:00 AM
Email ThisBlogThis!Share to TwitterShare to FacebookShare to Pinterest
Labels: democracy, Human rights, Okinawa

No, all the thanks to you -- much needed tone, attitude and incisive context at a crucial time!