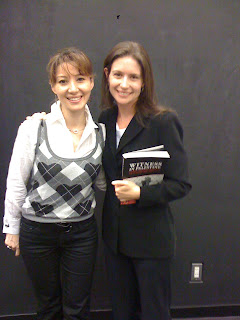 May Shigenobu and Anna Baltzer

“Imagine, just for a moment, that in order to come to today’s lecture, you had to leave your house at 6AM instead of 1PM—and that you were stopped by authorities multiple times along the way in order to show identification and answer questions.”

“If you can envision what this might feel like, you will have had only the slightest glimpse of what life is like every single day for people living in the Palestinian Occupied Territories.”

And so began the lecture of Jewish-American human rights activist Anna Baltzer, who spoke to a group of around 100 people in a Tokyo university auditorium this past Saturday afternoon. Currently visiting six Japanese cities as part of her international speaking tour, titled "Life in Occupied Palestine: Eyewitness Stories & Photos", Anna was also joined on Saturday by journalist and Palestinian rights activist May Shigenobu.

Through Anna’s slideshow presentation and heartfelt commentary, audience members learned of the daily injustices suffered by a people who have been marginalized in their own homeland for decades. Many of her stories were heartbreaking, such as that of her friend’s six month old son, who died of a treatable asthma attack after Israeli soldiers refused to let the family pass through a checkpoint station to reach a local hospital—the type of incident that sadly occurs on a regular basis. She also pointed out the absurdity of the fact that as a Jewish American, she could easily go live in the home and farm the land of displaced Palestinians—and that the Israeli government would actually pay her a significant sum of money in order to do so.

“The media presents us with images of Palestinians as violent, but the fact is that they are practicing nonviolent resistance every single day just by virtue of going about their daily lives,” Anna pointed out. She then highlighted several types of creative civil disobedience acts, such as murals being painted on the separation Wall (which was erected by the Israeli government as a further means of control over Palestinians’ movements), as well as billboards bearing messages of resistance, and other artistic means of protest such as concerts and theater. 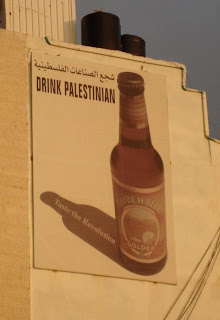 "Taste the Revolution" (from Anna Baltzer's website, Witness in Palestine)

“When children who refuse to allow their education to be disturbed wake up at 3:30 every morning to pass through the checkpoints and reach school on time, this is also a form of nonviolent resistance,” she emphasized.

Anna’s presentation was followed by a talk from May Shigenobu, a Palestinian-Japanese who was born in Beirut, Lebanon and is now a journalist, doctoral candidate and activist based in Japan.

“Within the political climate following September 11th, 2001, any and all resistance has tended to be characterized as terrorism—including even nonviolent means of protest that are completely within the law,” she noted. “While nonviolent resistance is obviously the ideal under any circumstance, there does come a point when the limits of human endurance are reached, and people tire of seeing their families exploited from generation to generation. And it is important to note here that international law actually provides a right of defense within its frameworks.

“For example, Article 51 of the United Nations Charter says that ‘a state which forcibly subjugates a people to colonial or alien domination is committing an unlawful act as defined by international law, and the subject people, in the exercise of its inherent right of self-defense, may fight to defend and attain its right to self-determination"—a perspective that is outlined further in this thought-provoking piece.

May went on to explain the different categories of Palestinians, who all face varying hardships depending upon their situation: those living within the occupied territories (West Bank and Gaza) who face an apartheid-like situation characterized by no legal rights; those living as refugees in neighboring countries such as Lebanon, Jordan, Syria and Iraq, whose living conditions and rights are completely dependent upon the host country; and those living within Israel itself, where Palestinians comprise 20% of the population but are treated as third-class citizens. She also discussed the difficulty of being stateless as a Palestinian refugee (a situation that she herself faced prior to obtaining Japanese citizenship in 2001).

Both speakers emphasized that the present conflict is one of human rights and justice—and most certainly not one of Islam vs. Judaism. They also both encouraged everyone attending the event to take action on the issue, whether by joining an organization, visiting the region, or just sharing knowledge with others.

Personally speaking, I found the event to be extremely inspiring and healing insofar as both speakers were coming from different backgrounds and ideological perspectives in order to passionately embrace the same goal. Numerous attendees voiced similar comments during the lively Q&A session, where students, grassroots activists, and local community members thanked the speakers for their gracious presentations and shared their own anecdotes.

Anna finished the session by reminding the audience: “Israel today is afraid. By coming together and taking action, we can most definitely succeed in restoring rights to the Palestinians.” She urged attendees to become involved with Japan-based campaigns to help make this happen, such as the current effort by the Palestine Forum organization to hold a boycott of the popular MUJI home goods store if it proceeds with plans to build a store in Israel—part of the Global BDS (boycott, divestment, and sanctions) initiative. The BDS movement is discussed at length in this fascinating interview with Jewish-Canadian journalist Naomi Klein, who devised a creative plan to publicize the Hebrew version of her best-selling book The Shock Doctrine using a grassroots-level anti-occupation Israeli publisher, and launched her book tour at a Palestinian-Israeli theater house.

For more inspirational stories of Jewish and Palestinian people coming together to launch joint projects for peace and social justice, see Anna Baltzer's website A Witness in Palestine, as well as The Parents Circle, Combatants for Peace, Jewish-Palestinian Living Room Dialogue Group, and the Seiichi no kodomo youth exchange project (last website in Japanese only).

Young, Jewish and Proud, affiliated with Jewish Voice for Peace, also has an inspiring video of their recent disruption of Benjamin Netanyahu’s speech at the Jewish General Assembly by broadcasting messages against the Palestinian occupation, and its website features a rousing message for a new generation of young activists. 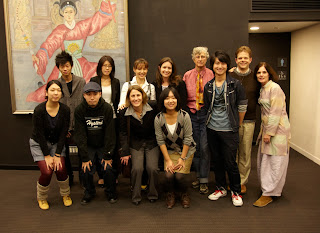 What an inspiring story and video you put in the blog.

I was very moved by the video.
I will put the video in my blog later tonight.

Thanks very much for sharing. The young Jewish friends are not alone.

No Base Stories of Korea

Many thanks to YOU for your support and solidarity!! All the same back to you... 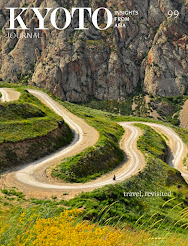