LGBT Resources in Japan: Something for Everyone 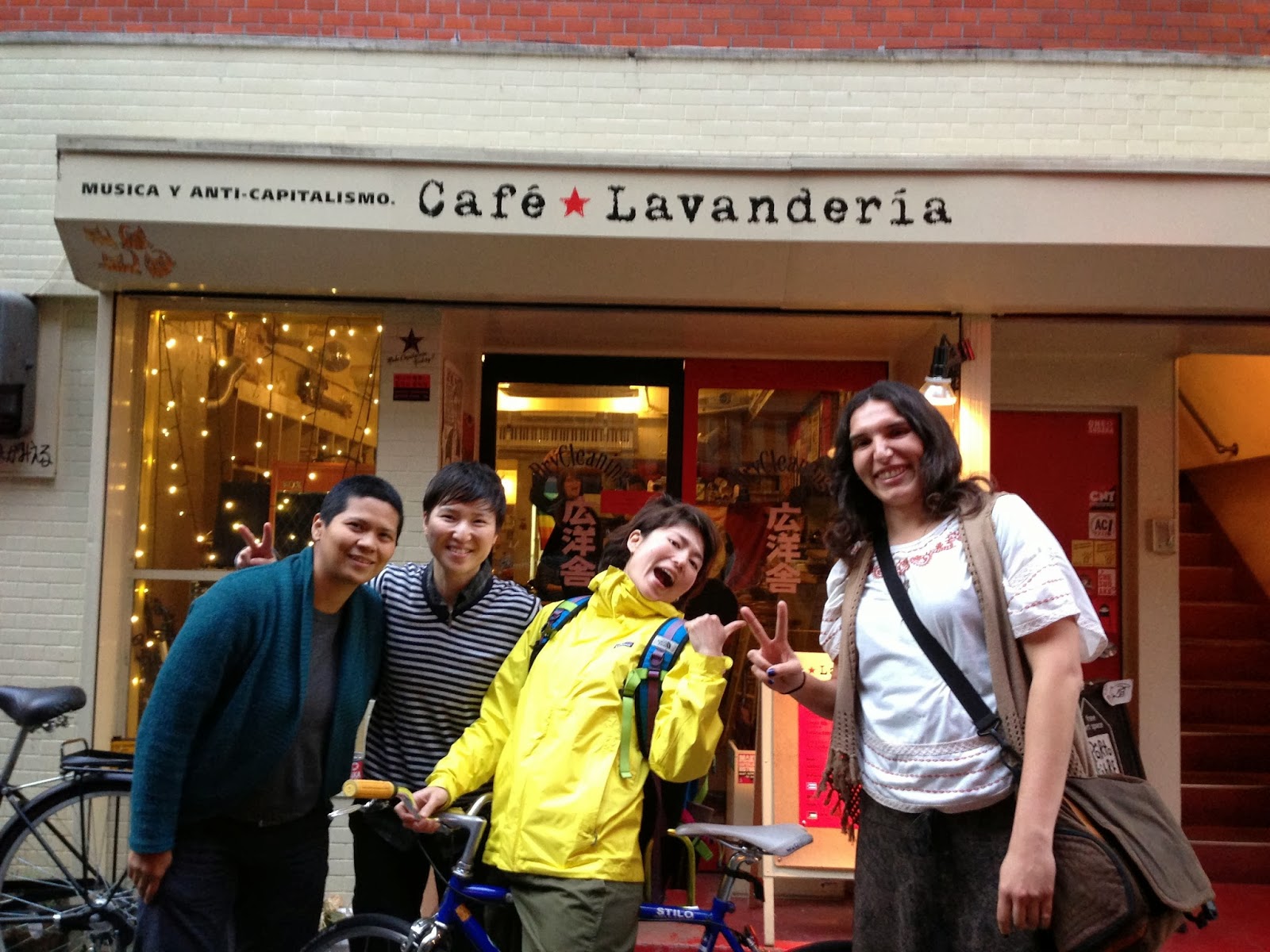 Once upon a time, back in the day, a lesbian or bisexual woman newly arriving to Tokyo was welcomed into a thriving international community complete with a buzzing information circuit, weekly Wednesday night gatherings at the “Chestnut and Squirrel” (C&S) bar/café in Shibuya, weekend retreats held several times yearly to meet with other queer* women for sports and workshops, and many other constantly ongoing activities.

As elsewhere, the roots of this scene trace back to the height of the lesbian/feminist movement of the 1970s, when a group of Japanese and foreign women came together to begin the work of challenging patriarchy and creating community. As the age of face-to-face social activism gradually morphed into that of e-mail and then Facebook, however, the gay women’s community—as perhaps with other subcultures as well—began to go the way of fragmentation, with community-based organizing slowly being replaced by individualized cyber-surfing and socializing. The cohesiveness of the international Tokyo women’s community was further diminished by the gradual tapering off the weekend retreats, followed by the closing down of the popular C&S event in 2010 when the space was sold and turned into a snack bar catering to salarymen.

The news is definitely not all bleak, however, as organized scenes for queer women definitely do exist—not only in Tokyo, but in nearly every major city in Japan. And with a bit of sleuthing, many resources are out there to be discovered. With much of the existing information available exclusively in Japanese, however, this article is intended to serve as a helpful tool for anyone seeking to understand the lay of the gay land— so to speak— for queer ladies in Japan.

One well-loved event that has survived and thrived through the changing of the times is the Tokyo International Lesbian and Gay Film Festival (TILGFF), which celebrates its 20th anniversary this fall. Held at the Spiral Hall in Tokyo’s artsy district of Aoyama, the festival screens LGBT films from all around the world, while welcoming overseas film directors and actors as guest speakers, and also usually throwing stylish before and/or after parties. 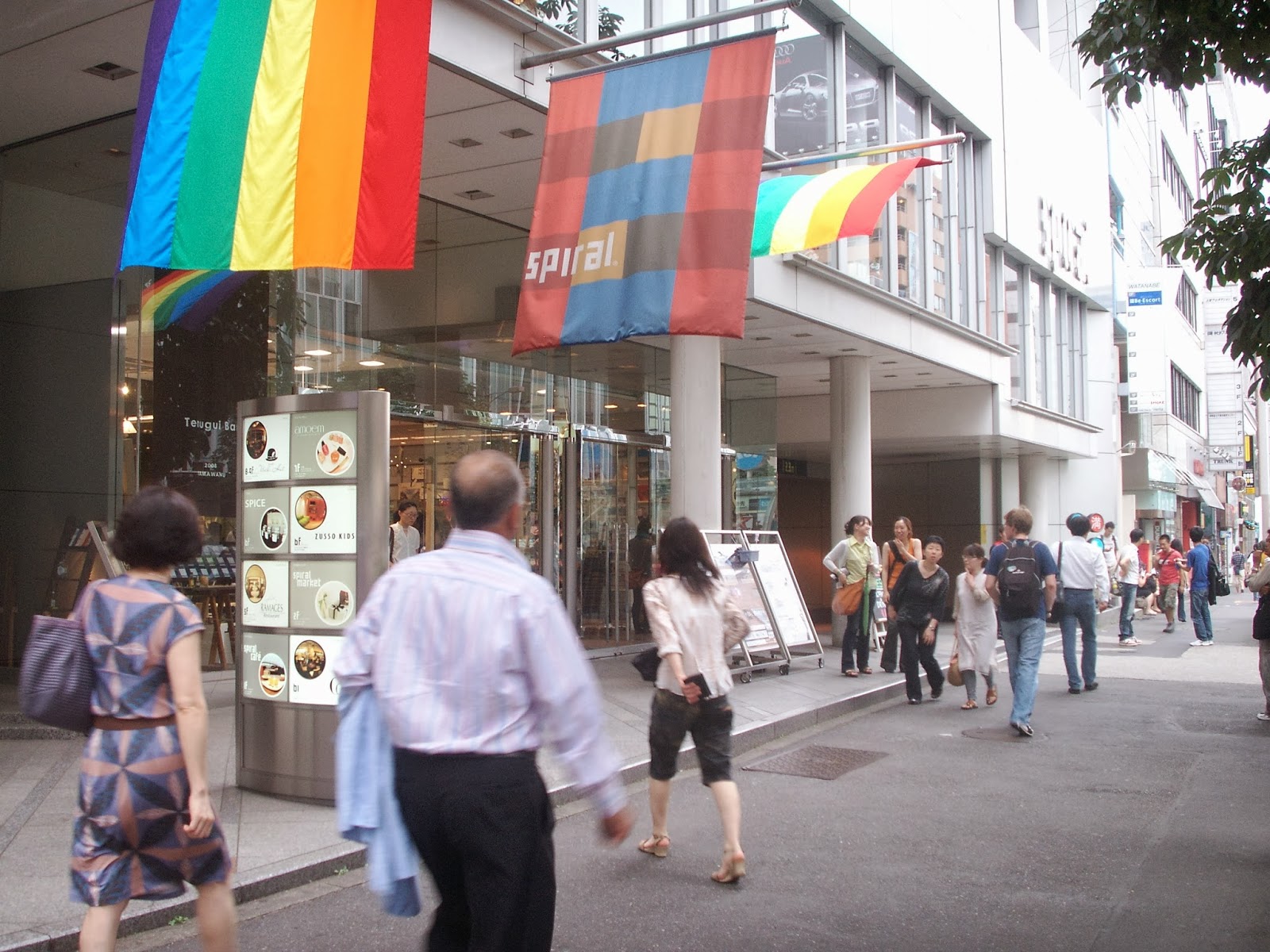 A related event is the Asian Queer Film Festival (AQFF), which will make its third run this summer in Tokyo’s Roppongi district. The festival’s Facebook page explains that its goal is to “present these independent Asian queer films with the hope that they will provoke a reconsideration of the image of sexual minorities in Japanese society, and in other Asian countries”. The dates for both film festivals this year were pushed back due to the recent Eastern Japan Great Earthquake—TILGFF from July to October, and AQFF from May to July. In addition, the AQFF website states that it will donate a portion of this year’s proceeds for disaster relief.

Also working to provide support for those affected by the triple earthquake, tsunami and nuclear crisis is LOUD, a resource center for lesbian and bisexual women in Tokyo’s Nakano district. In addition to its monthly “candle night” socials and “open day” events where women are invited to come and peruse its extensive library of books and literature in both Japanese and English, LOUD is now working together with the Sexuality and Human Rights Network ESTO to collect donations for LGBT individuals who have been forced from their homes due to the catastrophe. In addition to the basic everyday needs faced by all survivors of the disaster, sexual minorities (known as “seku-mai” in Japanese) face additional challenges such as lack of access to hormone medications in the case of transgender individuals, and for lesbians, an exacerbation of the already precarious economic situation that many unmarried women face in this country due to a socioeconomic structure that favors male earners.

Looking back several years, these types of social issues were among those tackled head on by Kanako Otsuji, a former assembly member in the Osaka prefectural legislature who ran in the National Diet election of 2007 on the Democratic Party of Japan (DPJ) ticket as an openly out lesbian in the hopes of courting the LGBT vote. Her candidacy gave a fresh infusion of energy to the seku-mai community, which brought many previously separated sub-communities together in support of a potential ally within the halls of legislative power.

While Otsuji’s loss in this election dealt a strong blow to the LGBT community as a whole, which saw its momentum fizzle temporarily in the wake of the defeat, its members continue to wage the long fight for social equality. Following public remarks made by Tokyo Governor Shintaro Ishihara this past December that same-sex couples were “lacking something” and that he “pitied them”, an umbrella network named “Rainbow Action” was organized in order to convene community gatherings in January and April to reaffirm the need for greater social understanding and policies toward LGBT individuals.

Hoping to address these same inequalities, Amnesty International is presently spearheading a bilingual online petition drive, titled “Yes! Paragraph 29” in order to “call on the Japanese government to take immediate measures to eliminate discrimination based on sexual orientation and sexual identity in Japan.” For those who are able to communicate in Japanese, other initiatives of interest include the recently organized Partnership Law Japan network, which aims to advocate for a law that will afford social benefits to same-sex couples, as well as the PAF School in Tokyo and the Queer & Women’sResource Center (QWRC) in Osaka—both of which offer courses and workshops on various themes related to gender and sexuality.

While many will say that the hurdles facing LGBT communities in Japan loom large, many hopeful signs do exist that social attitudes are indeed improving. NHK started a television series called “Haato wo tsunagou” (“Connecting Hearts”) that looks intimately at the issues facing these individuals, and a Fuji TV drama in 2008 introduced a character who was openly questioning her gender and sexual identity—both evidence of positively changing times. Lively pride parades held in the summer streets of Harajuku and Shibuya nearly every year see turnouts of thousands. Still, however, while many nations around the world now offer civil partnerships and even full-fledged marriage for same-sex couples, this still seems a faraway dream for LGBT people in Japan.

In terms of getting involved with the LGBT community (or, more to the point, “communities”), the resources are certainly out there—regardless of whether your interests lean more toward activism or toward a night out clubbing in Tokyo’s famed gayborhood of Shinjuku Ni-chome (or perhaps toward both!). Although this overview covers only a fraction of what is available, a simple bit of initiative means that the world of rainbow Japan is yours for the exploring.

Originally published in Being A Broad magazine. July 7, 2011.


Resources (Text box?!)↓
☆ (Denotes that site is available in Japanese only)

Gay Japan News (LGBT news of interest from both Japan and around the world):
http://gayjapannews.com/index_english.htm

* A word originally carrying derogatory connotations, “queer” has been reclaimed with pride to serve as an umbrella term for those outside of the mainstream with respect to sexuality and/or gender (often used similarly to LGBT).
Posted by TenThousandThings at 12:36 AM
Email ThisBlogThis!Share to TwitterShare to FacebookShare to Pinterest