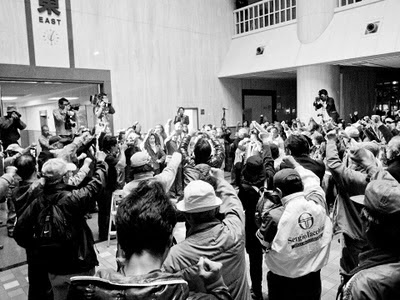 Mark Selden, editor of The Asia-Pacific Journal, notes that Okinawans have created the most vibrant and sustained grassroots movement for democracy and peace in the Asia-Pacific, comparable only to the Korean movement in intensity, longevity, and creativity.

Makoto Arakaki's photographs of the late December sit-in at the Okinawa Prefecture's administration building captures the intensity of not only this latest moment in history, but also of the breadth and depth of the entire Okinawan Movement, now in its sixth decade.

Okinawans, including prominent elected political leaders and journalists, engaged in a successful 24/7 sit-in at the Okinawa Prefecture administration building to prevent the delivery to the Okinawan Prefectural officials of the Environmental Impact Assessment (EIA) for the DC-Tokyo U.S. Marine base proposal. Part of the EIA did reach the office in a surreptitious 4 a.m. backdoor delivery, but not the entire document.

According to sociologist Masami Mel Kawamura, the Japanese government wanted "to rob the Okinawa prefectural government of precious time for preparation of "Governor's Comments" on the EIS while distracting the media's attention. According to the EIA law and ordinance, Governor's Comments for the airport plan should be issued within 45 days after the submission of EIS while for the reclamation plan they should be issued within 90 days."

The EIS alleges that the destruction of Oura Bay and Henoko to make way for offshore runways for military aircraft would not result in any significant environmental impacts to Oura Bay's biodiverse sea life, including the federally protected Okinawa dugong. 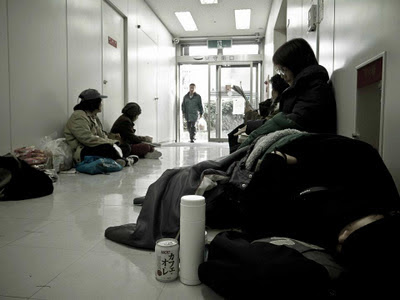 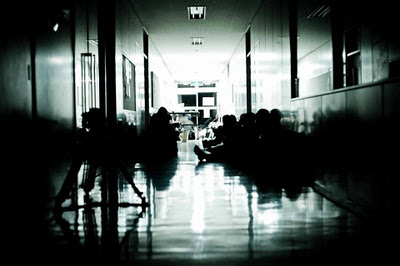 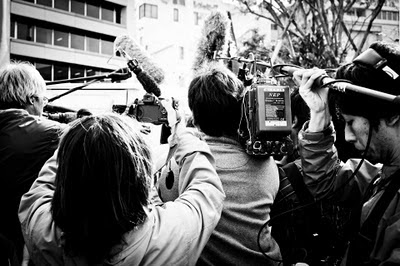 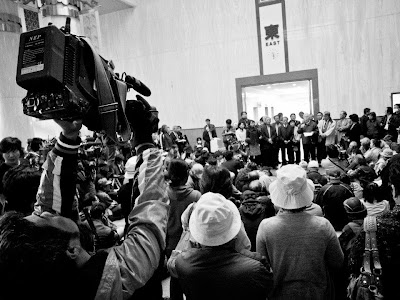