In Memory of Chris Marker, the Battle of Okinawa, & the Pacific War 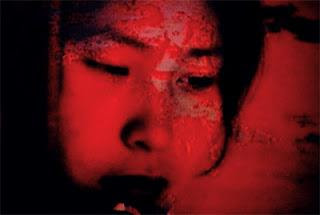 
On July 30, French filmmaker Chris Marker at the age of 91. His films reflect a complex, multi-layered worldview; existentialist humanitarianism; and a fascination with Japan and Okinawa.

In Level Five, Marker undertook a deep exploration of the repeated violations of Okinawa by the Japanese and U.S. governments, especially the incomprehensible devastation the two nations wrought upon the tiny, once idyllic archipelago during their 1945 battle with each other, which Okinawans call the "Typhoon of Steel":

A peaceful isle out of the world, out of history, would stage the bloodiest battle of all time...Nowhere else except Nazi camps did people go on dying after battle.

The islanders were not true Japanese but Japanese enough to die...

The battle was lost in advance. The Japanese army could not win. The context was defeat....

Another consequence of this context of defeat was that no effort was made to protect the civilian population [by either side], so civilian casualties far outnumbered military casualties...One third of the population.

Marker's 1997 film traces Okinawan history back to Commodore Perry's unwelcome visits in the 1850's to Shuri Castle, the palace of the Ryūkyū Kingdom:

...As if Japan needed a US soldier each century to enter a new era...For four hundred years, no one asked the Okinawans anything.

The film flashbacks again to an even earlier historical episode in which an Englishman described the traditional Okinawan respect for life and peace to Napoleon:

An English captian came to him after going around the Pacific and described a small island whose natives had no weapons.

"No cannons, no pistols, no muskets, no weapons at all."

"How do they wage war?

Napoleon concluded that people without war are most despicable...Travelers enraged him with tales of Okinawa's gentleness. Gentleness? Is history made of gentleness? Do dragons honor gentleness?

They had it coming...A peaceful isle out of the world would stage the bloodiest battle of all time. A happy, life-loving woman was chosen to encounter death...

Marker underscores the historical fact that the Japanese Imperial military knew they were going to lose the Pacific War in advance of the Battle of Okinawa, which was undertaken as a sacrificial delaying tactic that resulted in the devastation of the Okinawa's main island and the deaths of over one third of the people. Documentary filmmaker Junichi Ushiyama explains in the film:

The purpose was to fix the aftermath and reinforce the imperial system...

Another consequence due to this context of defeat was that no effort was made to protect the civilian population, so civilian casualties far outnumbered military casualties.

Marker intersperses archival footage with interviews with Japanese filmmaker Nagisa Oshima (whose motto was "'You have to tell the truth about your country, whatever it is") and Reverend Shigeaki Kinjo (who describes Japanese military forced collective suicide-murders in the Kerama Islands of Okinawa).  One archival excerpt shows the heartbreaking memorial service for the hundreds of Okinawan school children who died when the USS Bowfin sank their passenger ship, the Tsushima Maru (their parents had sent them away in an attempt to save their lives before the US-Japan battle).

An excerpt from John Huston's Let There Be Light provides a glimpse into the damage to Americans in Okinawa. The US Army produced the 1946 documentary about American soldiers suffering from severe post traumatic stress disorder, but it was subsequently censored. It is now available for free screening (and download) at the National Film Preservation Foundation website.

Near the end of the film, Marker takes the viewer for a visit to the market in Naha. The mood feels haunted as the camera's gaze catches mostly women vendors (most of their husbands, fathers, brothers, and sons were killed during the Battle of Okinawa).

Perhaps the quiet climax of this cinematic essay is Chris Marker's reference to the island itself:

From above Okinawa is like a beast...a crouched beast ready to jump, to unfurl into who knows what form - a lizard, a dragon?

As if all History's fierceness was in that island. Where people are so peaceable, they infuriate History...

So thought the island...the big dragon in the island..ready to pounce, like a cat, like a tiger, biding his time...

The people of Okinawa are resentful, even now. There is a feeling of injustice over the past. The war isn't over...

Okinawa was a Japan that kept its memory...