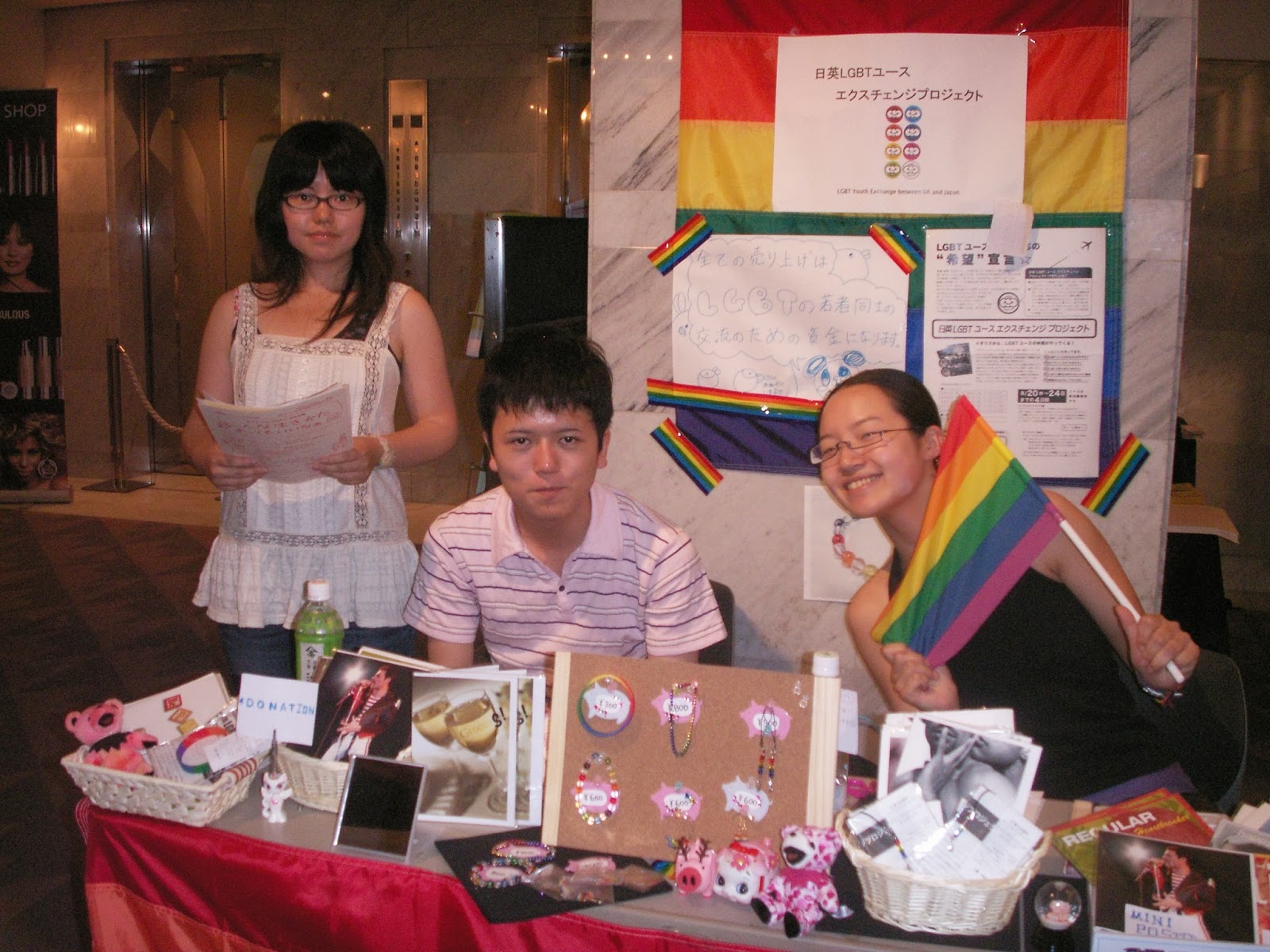 It’s shaping up to be a pretty busy year for LGBT folk in the metropolis.

Since my last piece highlighting lesbian happenings in Tokyo and beyond—which was written two years ago—so much has gone on that I hardly know where to begin.

May as well start, then, with perhaps the most exciting event in the lineup: Tokyo Rainbow Pride—make that, in fact, Tokyo Rainbow Week. Yes, folks: an entire week chock-full of events celebrating LGBT culture—including film screenings, family picnics, foreign embassy receptions, talk sessions on various social problems continuing to face seku-mai (sexual minorities), and even an outdoor run—right here in our own metropolis. Who said we couldn’t keep up with other gay world capitals?

“Events will be focused around the following three main topics: Knowing, connecting and having fun,” explains the event website. “We aim to convey this message not only around Tokyo, but hope to have our message of the importance of accepting and respecting diverse lifestyles reach and extend throughout Japan, Asia, and the rest of the world.”

TRW follows on the heels of several additional initiatives recently spearheaded to help make the lives of LGBT individuals in Japan a bit easier by encouraging more social acceptance. Haato wo tsunagou gakkou (the “Connecting Hearts School” project), following the long-running NHK television series of the same name, was launched as a sort of resource clearinghouse for LGBT individuals seeking to find information. Similar to the “It Gets Better” Project begun in the United States to prevent queer* youth suicide, the Japanese website features numerous video messages from seku-mai and straight allies alike (including a number of famous individuals) with the resounding message that you are not alone—and there is nothing wrong with you. A great explanation of the project in English, along with links to several of the videos, may be found on this blog post from the Stonewall AJET website.

Additional initiatives in this regard include Collabo, whose “lesbian life support” offers resources including study groups and a telephone hotline; Good Aging Yells, which spearheads LGBT-related projects such as shared housing and support for older individuals; and the Koyuki Café—an event series put on by lesbian activist (and former Takarazuka Revue actor) Koyuki Higashi to discuss various issues relating to LGBT life.

Koyuki and her partner Hiroko—who appear in one of the Connecting Hearts videos profiled in the Stonewall blog—recently became Japan's first same-sex couple to hold a public wedding ceremony in the Tokyo Disneyland theme park. Although Japanese law presently offers no legal recognition, protection or benefits to non-heterosexual couples, the ceremony made news headlines around the country—including a 20-minute in-depth piece that aired on Fuji TV, which covered the pair’s wedding story from both personal and social angles.

“To have been able to hold a wedding ceremony with my beloved partner brought me so much joy that I can hardly express it,” Hiroko told me in an e-mail interview. “Many LGBT individuals in Japan continue to have a hard time, as we tend to remain invisible within society—almost as if we were surrounded by barriers. And while more and more countries around the world are offering legal protections to same-sex couples, we have not yet reached the stage in Japan where this issue has begun to be discussed publicly.

“In Japan, (homosexuality) is not objected to on religious grounds; instead, people are discriminated against due to somehow diverging from what is considered ‘normal’,” she continued. “I think that many people may simply have never been exposed to sexual minorities, however, and so I intend to continue speaking out about this matter as often as I can.”

One event that has continued to help bridge mainstream and queer communities over the years is the Tokyo International Lesbian and Gay Film Festival, whose 22nd run will take place this July, and which screens films from around the world that give a glimpse into LGBT life. Similarly, the smaller and yet no less enjoyable Asian Queer Film Festival, scheduled for the end of May, also promises to bring viewers deeper understanding regarding the lives of sexual minorities in Japan and elsewhere in Asia. 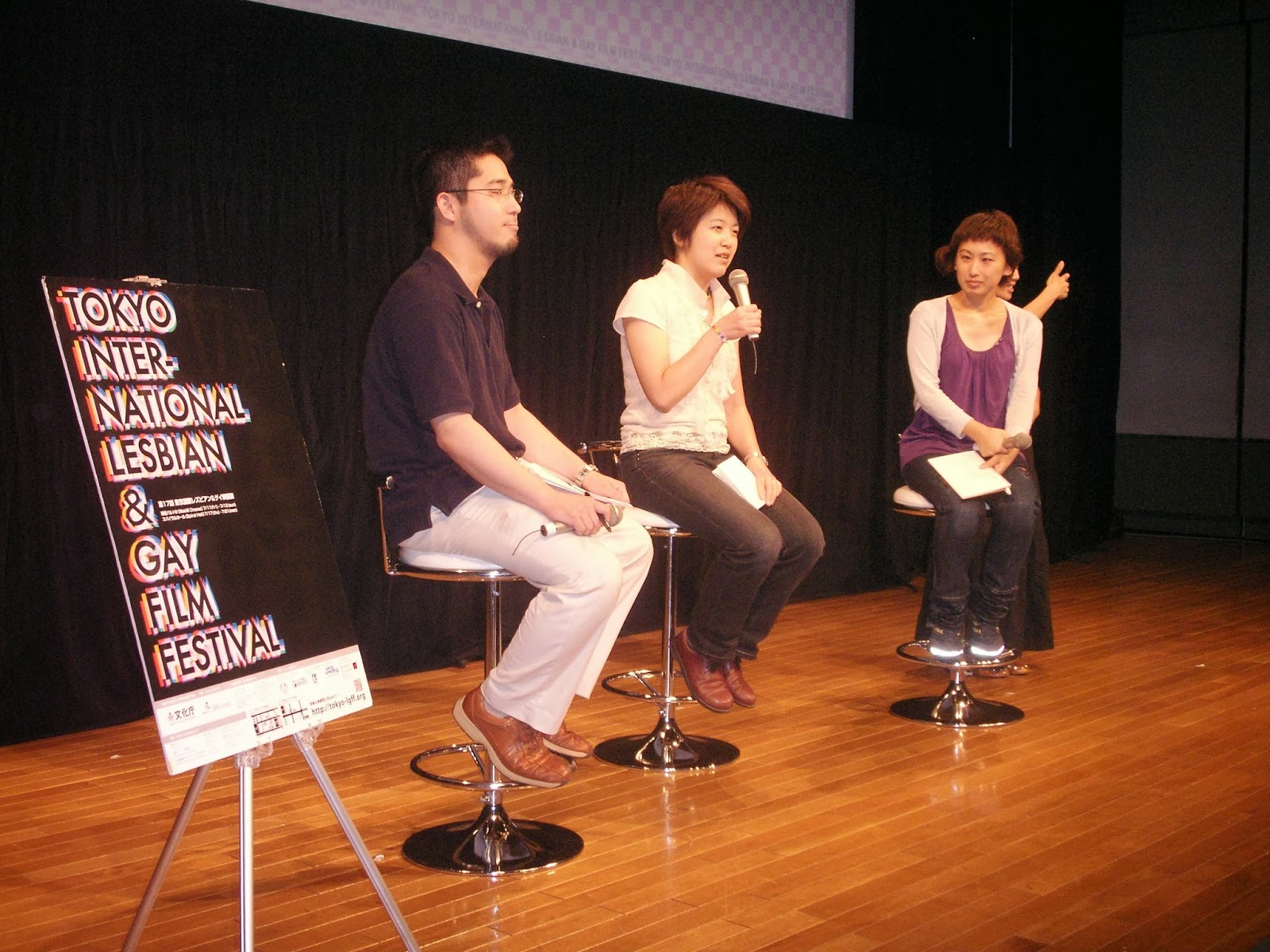 Indeed, it does appear that Japan’s cultural and artistic spheres may be far ahead of the government in terms of nudging the country onward in the direction of social acceptance for sekumai communities. In addition to queer niche magazines such as the lesbian Novia Novia and the gay male badi.jp, certain heterosexual publications are beginning to venture into queer territory as well, with special features on same-sex couples appearing in magazines such as the fashion-oriented Tokyo Graffiti (forthcoming) and the ever-edgy VICE.

And lest you think Tokyo’s culinary establishments are being left out of all this rainbow action: think again. Gossip Café in Omotesando, and Rainbow Burritos in the Shinjuku gayborhood, both offer fantastic food while also regularly hosting both organized and informal gatherings for queer folk.

As the country continues to inch slowly forward in the direction of full acceptance for its LGBT citizens, then, Japan’s rainbow community in Tokyo and beyond will continue to do its thing: quietly reaching out and building community. And you can be pretty sure that they will be having a pretty good time doing it.

Kimberly Hughes is a freelance translator, journalist and community organizer based in Tokyo. For more information, see http://kimmiesunshine.wordpress.com/. She may also be reached at kimmie.hughes@gmail.com.

*A word originally carrying derogatory connotations, “queer” has been reclaimed with pride to serve as an umbrella term for those outside of the mainstream with respect to sexuality and/or gender (often used similarly to ‘LGBT’).

Posted by TenThousandThings at 12:57 AM
Email ThisBlogThis!Share to TwitterShare to FacebookShare to Pinterest
Labels: Japan, LGBT, Tokyo