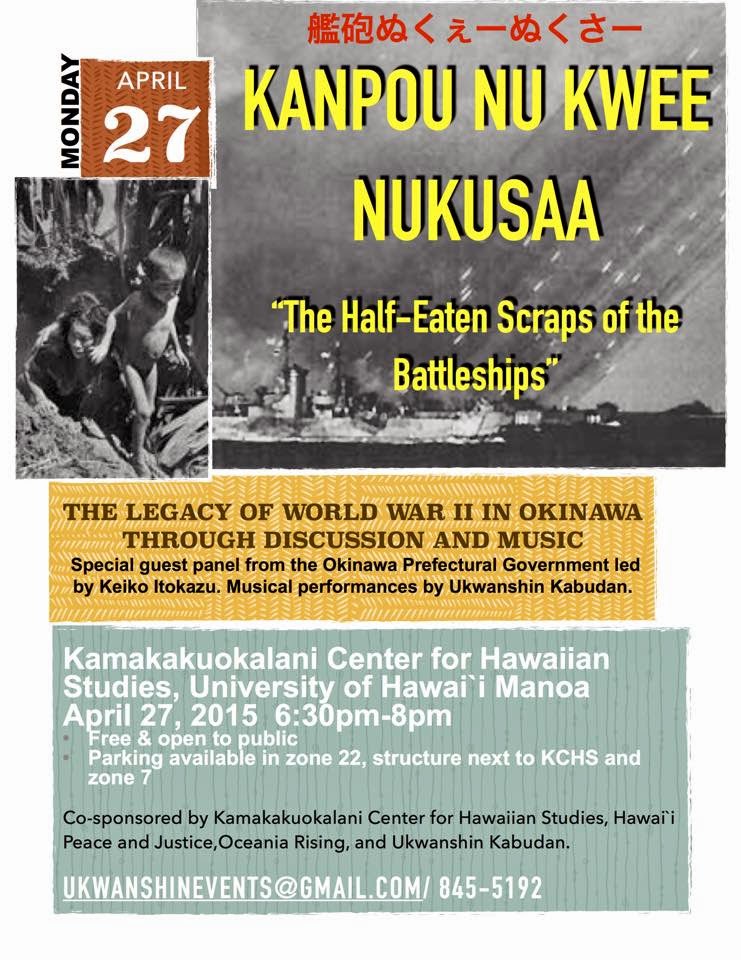 Tomorrow evening a panel of women political leaders representing Okinawa Prefecture will discuss the ongoing aftereffects of World War II throughout communities in the islands.  Senator Keiko Itokazu, a member of the Japanese National Diet will lead the discussion.

Nago City Councilwomen—Kumiko Onaga, Hideko Tamanaha, Kikue Tsuhako—will also represent Okinawa in this important meeting at the University of Hawai'i-Manoa. Their visit is part of a larger outreach by Okinawa Prefecture to Hawai'i—a call for international support to stop the US-Jp military destruction of the natural cultural heritage site at Henoko and Takae. Ukwanshin Kabudan Ryukyu Performing Arts Troupe will perform. 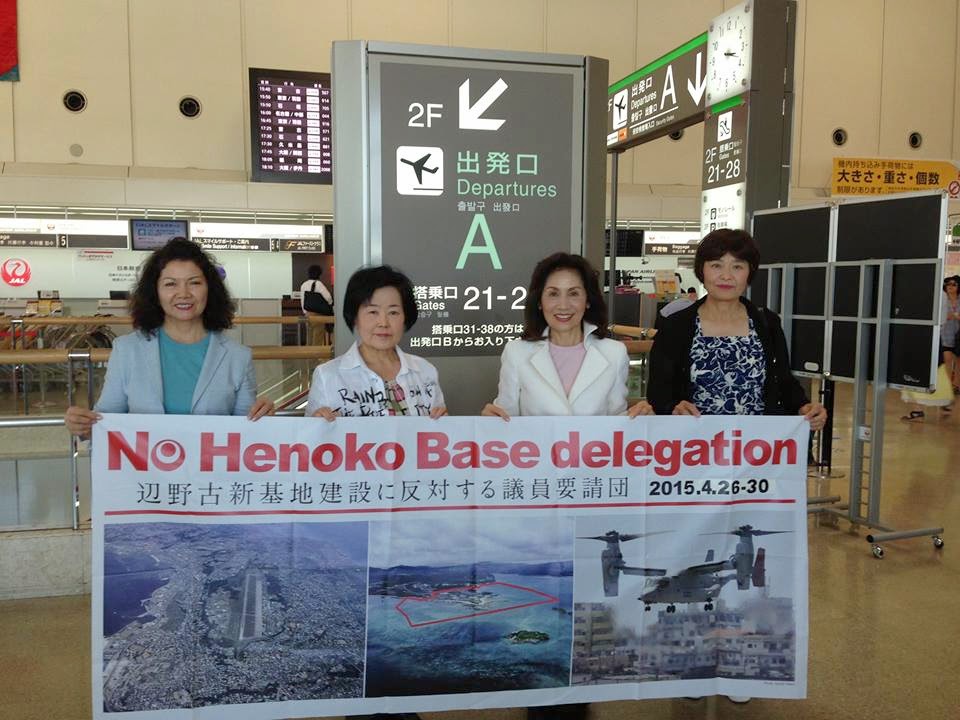 Ryukyuan cultural heritage included properties dating back to the Jomon period and the Silk Road era, when the Ryukyuan Kingdom was a major gateway between Tang China to Japan. This was almost all lost: the US-Japan ground war in Okinawa resulted in a near-genocidal civilian death toll and near-total destruction of Okinawan material cultural heritage.

Now, during the 70th anniversary of the World War II sacrifice of Okinawa, the US & Japanese governments want to force through the destruction of Henoko and Yambaru, the most important of what remains of Okinawan natural cultural heritage. The Yanbaru ecoregion includes the prefecture's most biodiverse, healthiest coral reef; only dugong habitat; and a subtropical rainforest. Two species in Yanbaru (the dugong and the Okinawa Woodpecker) are natural monuments. Shrines and shell middens at Henoko go back millennia. 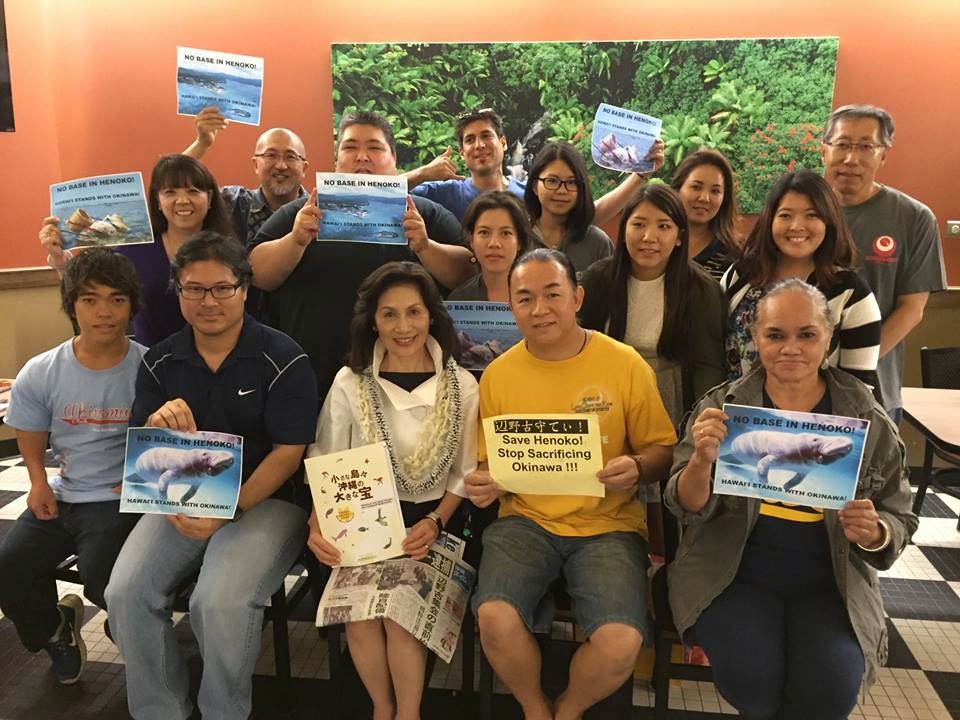 The most important Okinawan value, Nuchi du Takara, means "Life, including the life of nature, is the Greatest Treasure." Yambaru is the living manifestation of this cultural value.

For those who are not in Honolulu, Ukwanshin Kabudan Ryukyu Performing Arts Troupe will be live streaming the event from the Kamakaokalani Center for Okinawa Studies via USTREAM. Please tune in to the following link or search for ukwanshin on ustream. Those of you who can make it, please come in person to show your support!
Posted by TenThousandThings at 5:54 PM
Email ThisBlogThis!Share to TwitterShare to FacebookShare to Pinterest
Labels: animals, biodiversity, civilian victims of military violence, democracy, forests, historic preservation, Human rights, Japan, nature, oceans, Okinawa, rainforests, water