What was the truth of the hidden US-Japan ground war in Okinawa? 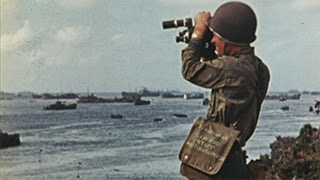 A US Army cameraman filming the fierce US-Japan ground war in Okinawa did his job "filming US soldiers fighting bravely" at first. But after he witnessed the terrible suffering of Okinawans, he couldn't stand it. The cameraman started to photograph the entire war, but his film was censored by the U.S. military. NHK produced a documentary on his experience in 2011 and it will be rebroadcast tomorrow. 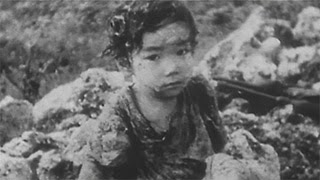 The U.S. military recorded the Battle of Okinawa on film in detail; however Okinawan civilian noncombatants and locations were not identified. Over 140,000 Okinawan civilians were killed. Combatant deaths were significantly lower: around 12,000 US soldiers and 70,000 Japanese soldiers.

The "One-foot Film Movement", an Okinawan postwar grassroots organization bought documentary film (one foot at a time) from U.S. government archives  — to preserve the memory of these people, their families, their wartime history and to show why the Okinawan people desire peace.  The nonprofit started in 1983 as the Civil Movement to Provide Children With Lessons of the Battle of Okinawa and closed its 30-year operations in 2013 at a ceremony held at the Yashio Rest House in Naha. The organization had collected 50 hours of film. 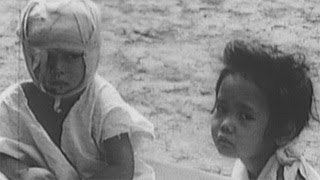 
In a 2005 documentary , a NHK director searched for the real people and places in these films, the visible memory of their wartime experience. Over 240,000 people were killed during the fierce US-Japanese ground war in Okinawa. What was the truth of this war? 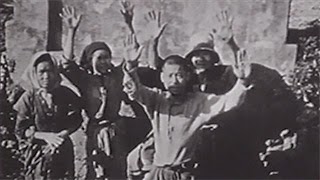 These and other archival NHK documentaries, especially the films and footage collected by the Okinawan One-Foot Film Movement, explore this history in a search for the memories of Okinawans who were killed during or somehow survived the worst ground battle of the Pacific War.

The NHK documentaries will be rebroadcast through July 5.

Info on broadcast and more on the ground war between the US and Japan in Okinawa via Okinawa Prefectural Peace Center (沖縄国際平和研究所):