While Japanese policymakers wring their hands over the nation's plummeting birthrate, most overlook the obvious cause: many women in Japan can no longer afford to have children...

Japan is no longer a middle-class society. (Was it ever?) Now it ranks tenth among nations in income inequality:


Japan has a saying “ichioku-sohchu-ryu” which translates to “a nation of middle-class people.” However, in the past few decades, they’ve seen the middle-class shrinking at twice the average rate of other OECD countries. Since 1980, incomes have dropped for the lower classes while they’ve risen for those in the higher classes.

And this problem is exacerbated by the lack of employment security. During Prime Minister Junichiro Koizumi’s term (2001-2006), the number of people working regular jobs dropped by 1.9 million while numbers of those in temporary positions rose by 3.3 million. Since the middle-class started disappearing, there’s been a reported increase in depression, domestic violence and suicide – which indicates the toll the economy has taken on the people.

Moreover, while PM Abe's massive ("Godzilla-sized") quantitative easing has given a short-term boost to the Nikkei, thereby enriching stock market players, this government largesse has not benefitted the rest of the nation: Japan has the highest poverty rate among the world's developed nations.


Currently, Japanese people in and under the poverty line – those defined as having temporary, part-time and non-regular jobs — comprised 38 percent of the current population, a huge 19.7 million souls. And while Abe has promised to help revive economy, it doesn’t necessarily translate to removing poverty altogether.

According to Takashi Oshio, professor at Hitosubashi University who specializes in social security, “The Abe administration’s stance is more about fixing things, including poverty, with a trickle-down effect from overall economic growth.” He added, “There’s little political capital spent on issues like alleviating child poverty. It doesn’t garner votes.” But apart from that, the real problem lies in the fact that as Abe’s economic recovery relies on heavy consumer spending and with more people affected by poverty, lesser would be able to practice purchasing power...

As such, many economists suggest that the only way to address poverty is to fix wealth distribution in terms of benefits and taxes. 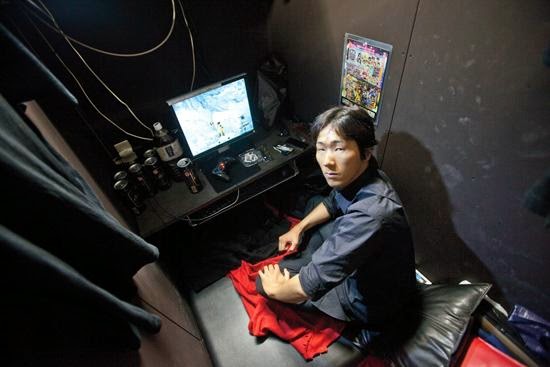 Yesterday Bloomberg reported on Japan's growing caste of socioeconomically marginalized Japanese people (especially women) who are unable to buy homes and have children because of deepening structural impoverishment:


...here the lines are drawn between those with full-time jobs and a ballooning underclass of 20 million temporary workers. The latter, according to the government, now make up almost 40 percent of the workforce and get paid 38 percent less.

A dearth of regular jobs is the source of so many of Japan’s troubles, he said, ticking them off on his fingers: deflation, higher poverty rates, lower economic productivity, even depressed birthrates...

There are 1.1 million fewer full-timers today than when the prime minister took over in December 2012, according to Japan’s official statistics bureau. Temps and part-timers -- who often work 40 hours a week -- account for all the jobs growth in the past five years. Sixty percent of employment offers in March were for temporary positions.

The rise of these jobs -- to a record 38.2 percent of workers in February -- is why Japan is the only developed country where average pay has consistently fallen, dropping 15 percent since 1997. And in Japan, where the labor market is less fluid than in the U.S., temp work isn’t usually a stepping a stone to something better. It’s a lifelong condition. 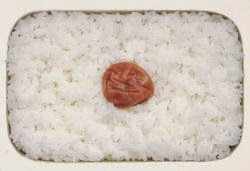 Starting in 1939,  the Japanese government asked people to restrict themselves
with the "Land of the Rising Sun lunchbox" to conserve food supplies.
By the end of 1943 the declining ration was causing serious malnutrition among the population,
and  plain rice bentos were considered luxuries.
Today this symbol of wartime and postwar hardship is a typical  lunch for the working poor.
(Photo: Squidoo.com)
Posted by TenThousandThings at 2:07 PM No comments:
Email ThisBlogThis!Share to TwitterShare to FacebookShare to Pinterest
Labels: children, Japan, poverty, temporary workers 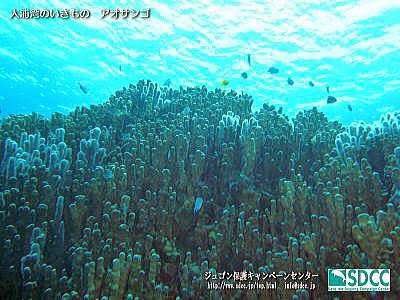 See more photos here: http://www.sdcc.jp/nobase/no-base.html. Included: great photos of the mangrove wetlands and the amazing elder tent city (grandmothers and grandfathers who survived the Battle of Okinawa as children) who became eco-activists to save the natural environment of Henoko for their grandchildren.

SDCC says all are welcome to share these photos, to help spread the word on the precious biodiversity of Oura Bay. 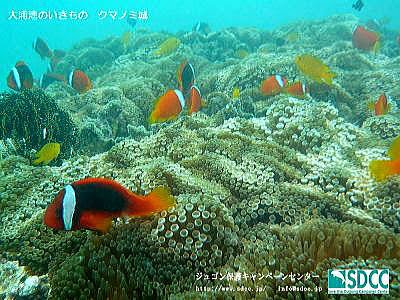 Posted by TenThousandThings at 12:00 AM No comments:
Email ThisBlogThis!Share to TwitterShare to FacebookShare to Pinterest
Labels: biodiversity, citizen action, oceans, Okinawa

Nago Mayor Says US Bases “A Legacy of Misery” in Okinawa 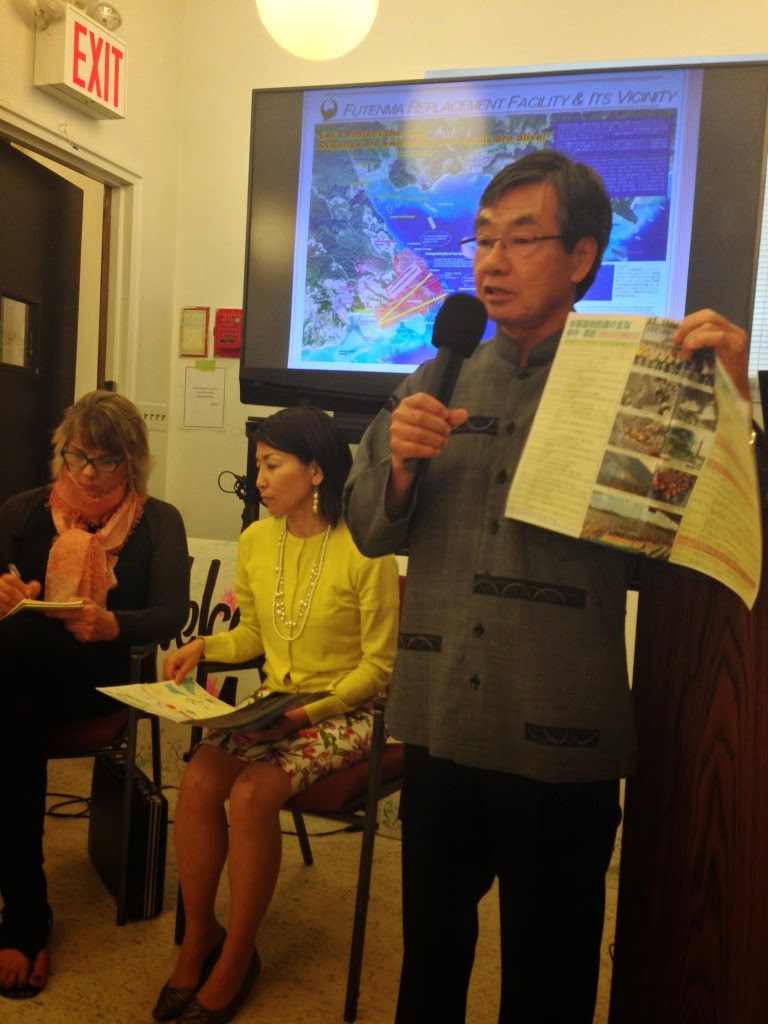 Thanks to Susan Miyagi Hamaker at Japan Culture-NYC for her great article, "Nago Mayor Says US Bases “A Legacy of Misery” in Okinawa." Sensitive reportage with depth and integrity; excerpt:


Mayor Inamine was re-elected to his second term in January of this year, running on a platform against the construction of the [US air training and military port] base in Henoko, Oura Bay, a pristine ecosystem of mangrove forests and rivers in eastern Nago...

The mayor appeared in New York to help people understand US-Japan relations as it pertains to the military situation in Okinawa. Saying his subject matter was “a challenging theme,” Mayor Inamine began by giving a brief history lesson of US-Japan relations after World War II ended in 1945, when “Japan became a US colony and did General McArthur’s bidding, whatever he wanted,” says Mayor Inamine. In 1952 Japan signed the San Francisco Peace Treaty and regained its independence, but at the expense of Okinawa...

The main island of Okinawa comprises 0.6% of Japan’s land area and is smaller than Long Island, yet it hosts 74% of the US military bases in Japan...

Talks of returning the land which Futenma currently occupies began in 1996, when then Ambassador Walter Mondale and then Japanese Prime Minister Ryutaro Hashimoto agreed that Futenma would be returned to Okinawa in seven years. Mayor Inamine maintains that these talks started only because a year earlier, in 1995, three US military personnel raped a 12-year-old girl, sparking outrage among Okinawan citizens, who demanded the removal of the base. 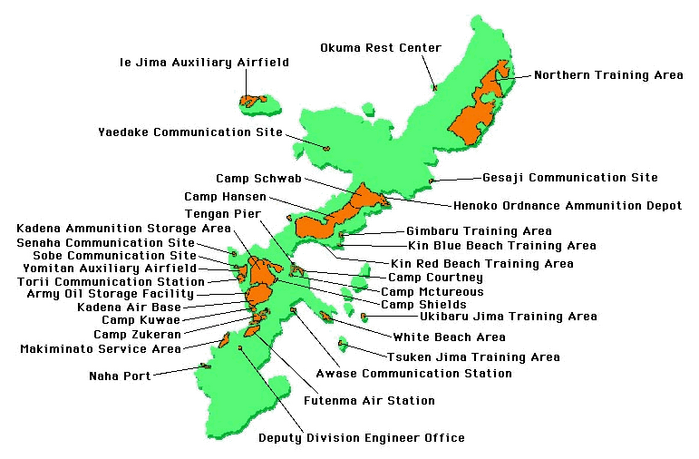 “After they promised to return the land to Okinawa, they decided to change the conditions and say that it would be moved to a different location on Okinawa,” says Mayor Inamine. “We have struggled mightily ever since then, and we believe that in 69 years after the war, we have suffered enough under the presence of the US military bases. We have no more capacity to accept a new base on the island...”

The plans for the relocation include expansion well beyond the dimensions of the current airbase, calling for landfill to accommodate its new dimensions. The building out of the bay to create space for runways and docks will negatively impact the biodiversity of that area, effectively destroying the coral and the natural habitat for the dugong.

“Twice I stood for mayor in the election, and the biggest promise I made was that we would keep the new base out of our city, and both times I won those elections because the citizens, while they were voting ‘Yes’ to me as mayor, they also voted ‘No’ to the new base. I think that these election results speak for themselves, and they are critical for democracy. Denying those election results is denying democracy itself.”

“We don’t like to use that term ‘colony,’ but Okinawa was an American military colony from 1945 until 1972, and I want to ask whether it remains an American military colony today in a different sense,” says Selden. “It seems to me [the Japanese government officials] are going to have to be ready to lock up and maybe beat up the grandmothers and grandfathers that have been resisting all these years.”

Selden called Mayor Inamine the “soul of the Okinawan resistance” and “an important person to have here in America at a time when the United States is talking about an Asian pivot, expanding our military presence in Asia,” stating that it is his hope that “the voices that Mayor Inamine is so eloquently bringing to the States and the voices of others will be heard and sanity, justice, and democracy can prevail in the case of Okinawa.” 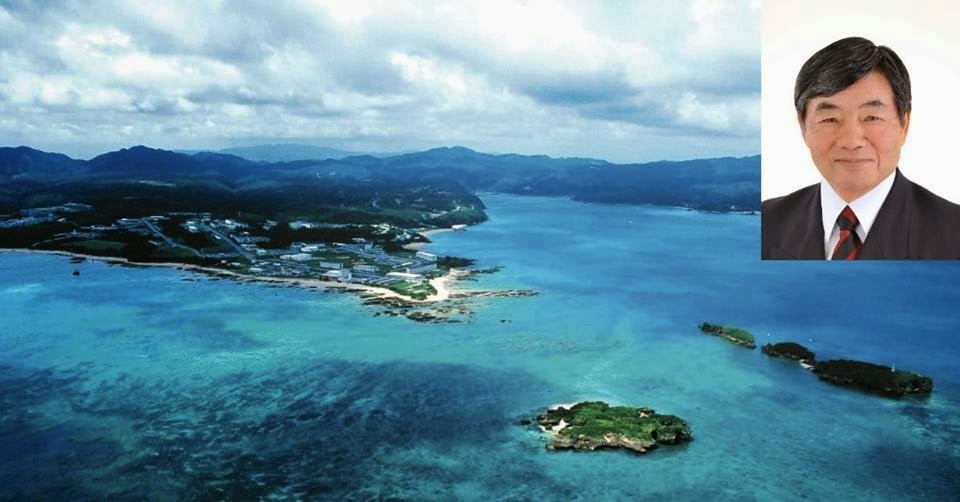 
US Military Bases in Okinawa and the Japan-US Relationship: An Afternoon with Susumu INAMINE, Mayor of Nago City, Okinawa

Seventy years after World War II, Okinawa, devastated as a battleground in the Pacific War (1941-45), continues to be occupied by the US military, mostly marine bases, which pose threats to safety, health, and life of people and the natural environment.

Despite steadfast opposition by the majority of the people in Okinawa, the US and Japanese governments are forcing through their plan to build yet another marine airbase with a military port. The massive landfill required would damage the endangered biodiverse habitat.

Mayor Susumu Inamine of Nago City, site of the planned base construction, was first elected in 2010 and re-elected this January, both times on a platform of opposition to the new base. This is his second visit to the United States to lobby with policymakers and to raise awareness and encourage people in the United States to support his appeal. Please join Mayor Inamine and a panel of experts to discuss what Americans can do to bring justice, democracy, and environmental protection back to Okinawa.

1:00-3:00 Introduction, followed by Mayor Inamine’s presentation: “No New Base Will be Allowed in My City, Whether on Land or  Sea”

Washington D.C., May 19 - LUNCH DISCUSSION WITH Mayor Susumu Inamine of Nago, Okinawa on the Prospects for a New Marine Corps Air Base on Okinawa (At CATO Institute, DC)

Discussion with Mayor Susumu Inamine and Denny Tamaki, a member of the House of Representatives of Japan.

Lunch will be provided, but seating is limited, so please respond to events@cato.org, if you would like to attend****

Washington, D.C., May 20 - US Military Bases in Okinawa and the Japan-US Relationship -  A Discussion with Nago City Mayor Susumu Inamine, and Member of the Japanese House of Representatives (Okinawa) Denny Tamaki
Time and Date: 6:00 PM - 8:00 PM, Tuesday, May 20

Via Ryukyu Shimpo: "Nobel laureate Oe speaks out on Okinawa problem in Tokyo":

On April 26, Nobel laureate and novelist Kenzaburo Oe and other scholars discussed the Okinawa military base issue at a symposium held at a campus of the Hosei University in Tokyo...

A symposium on the Futenma-Henoko issue was held in Tokyo on April 26. Nobel laureate and novelist Kenzaburo Oe, Gavan McCormack, an emeritus professor of the Australian National University and Masaaki Gabe, a professor at the University of the Ryukyus, made the keynote lectures. After that, the participants discussed the relocation issue of the U.S. Marine Corps Air Station Futenma...

Novelist Oe visited Okinawa many times to conduct interviews with residents about mass suicides during the Battle of Okinawa for his book of essays, Okinawa Notes. “We should not allow the government to destroy democracy by exercising the right to collective self-defense. We are concerned that the people of Okinawa will suffer great damage,“ he said. “Let us protect our pacifist constitution. This is the action or struggle that we living in the mainland of Japan can take up for the sake Okinawan people.”