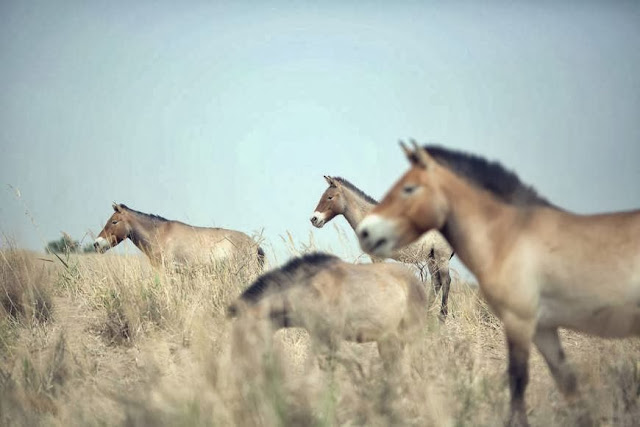 "Heavenly horses" return to Steppes of Mongolia and China.
(Photo and Story: AFP via JT, 2013)

Chinese legend says the Silk Road's iconic Heavenly Horses were discovered 2,000 years ago by a criminal exiled to Dunhuang (a Silk Road crossroads in western China) who captured some and then presented them to the emperor, who fell in love with the breed.
They became known as Przewalski’s horses during European contact in the 19th century. Once thought to be extinct in the wild, the ancient species is being revived by conservationists in China and Mongolia.

Steppes horses came to Japan during the Kofun Period (250-540), from the Asian continent via the Korean Peninsula. Haniwa (funerary clay) horses were buried in tombs, along with figurines, from the Kofun to the Asuka Periods (538-710). 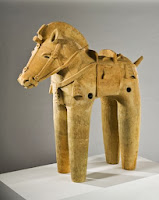