Takae is a small village in Yanbaru Forest, a mountainous region in the northern part of Okinawa adjacent to Henoko. Yanbaru is known for distinct and irreplaceable biodiversity.

Over 192 plant and animal (most are endangered and near extinction) species are unique to this area, such as the bird species Okinawa Rail and Okinawa Woodpecker; Itajii (Evergreen Oak); and the Jambar long armed scarab beetle (the largest beetle species in Japan). The US wants to build seven helipads in this natural forest. The sea life includes Taimai (Hawksbill turtles), dugongs, corals and tropical fish. 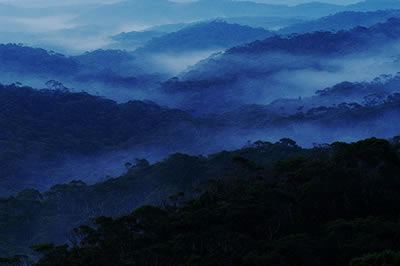 Satoko Norimatsu's Peace Philosophy Centre blog reports on the Sit-in Campaign Against US Helipads in Takae, Okinawa, quoting from Brian and Co's Blog:

There are many campaigns against military bases in Japan. Usually they work independently of each other. However they do join forces for large-scale protests when a major incident occurs. For example, in 1995 when three US servicemen raped a 12-year-old girl.

In Okinawa there is a small campaign based in Takae. Takae is a small village surrounded by jungle at the northern end of the island within the district of Higashi and has a population of about 150 people. The campaign is against the construction of new helipads that would be used by the US military. Many of the bases in Okinawa are aging and some will be decommissioned. But with the decommissioning, the US also wants to build new helipads in previously untouched jungle. The Japanese government, eager for the construction contracts, are willing to let construction go ahead.

In February 2006 the Takae helipad campaign began. The campaign was formed by a small number of residents none of whom had any previous campaigning experience. Between them they set up 24- hour guard at entrances to the helipad construction sites. They confronted the construction workers and blocked access to the new helipad sites. Once built, the helipads role would be used in the training of mainly US troops in Jungle warfare.

The campaigners concerns about the new helipads are related to the environmental destruction of the jungle, noise and air pollution. As well their concerns for the environment, they are also against the use of their homeland for the training of military personnel, that they will be taught about killing and jungle warfare literally on their doorsteps. There are also safety concerns after one helicopter crashed near Takae close to their elementary school in 1999. And in 2004 a US military helicopter crashed in the grounds of a university in the city of Ginowan.

The US military are planning to replace their helicopters (CH53D, CH46E…) in Okinawa with the new Osprey [controversial transport aircraft].

The Japanese government are currently trying to apply for a Provisional Disposition against 14 of the main helipad campaigners. Originally the number was 15 and included a child, but after a public outcry the child was removed from the order. A provisional disposition can be viewed in the UK as something between an ASBO and injunction.

Read the rest at: http://brianandco.cocolog-nifty.com/blog/files/TakaeHelipadCampaign.pdf.

More information about citizens' efforts to save Takae village may also be read here.
Posted by TenThousandThings at 12:07 AM
Email ThisBlogThis!Share to TwitterShare to FacebookShare to Pinterest
Labels: animals, biodiversity, civilian victims of military violence, democracy, ecosystems, Okinawa, rainforests