Beyond History as Antagonism—"Silk Roads: Samarkand to Nara" 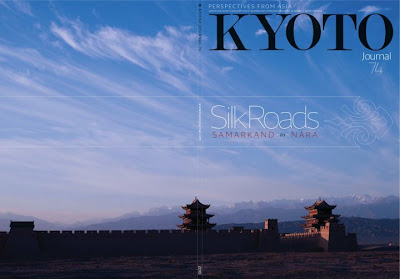 Some political scientists and writers—seeking to legitimate preemptive permanent war—have propagated an image of "clashing civilizations" as the dominant theme of history.  This perspective overlooks the significance peaceful trading, cooperation, intercultural merging in the ongoing co-creation of our shared history. Although territorial conflicts betweeen empires as well as more mundane forms of violence took place during this period, the Silk Roads exemplifes an elevated period of global civilization in which peaceful trading and collaborative exchanges predominated.

Kyoto Journal's latest issue, "Silk Roads: Samarkand to Nara," revisits this time period when the Silk Roads connected the myriad, interrelated cultures of Africa, Europe, the Middle East, and all of Asia.

"10,000 Miles Away: Chang’an and Nara” introduces the issue by challenging British Poet Rudyard Kipling’s assumption that never the "East" and "West” shall meet:


Instead, the very opposite has been happening ever since humans moved out of Africa and into Eurasian crossroads. Groups did not just split off, but continued to meet again and again throughout history, re-merging their cultures every time around.

Contributor Eiji Hattori's essay, "Civilizations Never Clash. Ignorance Does Clash," the moral center of the issue, refutes the view of world history as antagonism, and eloquently sets forth an alternative paradigm of the history of collaborative civilization:


If we look at human history, we can see that “civilizations have consistently encountered one another, and have grown and developed through those encounters”. That is what “dialogue between civilizations” means. Dialogue, in fact, indicates cross-fertilization, not negotiation.

Hattori also challenges the idea that "civilization" was created by the "West."


The illusion that Western civilization is the one and only civilization has been shared not only by people of Europe and the United States, but also by non-Westerners until quite recently. Why? It is because textbooks written by colonial powers during the colonial period spread around the world. The singular view of “civilization” was fed to children through “education”.


"Of Bonds, 'the Word' and Trade: There are no straight lines through mountains" by Jeff Fuchs: 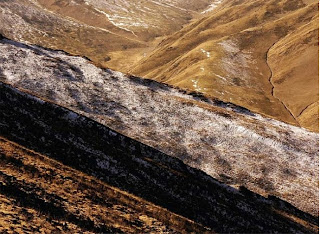 “There are no straight lines through the mountains.” This ‘truth’ rumbles out of Lobsang’s mouth, a mouth that seems as unyielding and direct as the words that pass through it. I have heard these words before from ancient traders who still remember a time when mule and camel caravans wound their way to and from the great market towns of Asia and the Middle East...

"Beauty and Power on China's Silk Road" by Sam Crane:

The tour guide opened the door and we stepped into darkness. It took a moment for us to adjust visually but slowly, slowly the interior of the small cave came into view.

In front of us stood a statue of Buddha, about three meters high, surrounded by swirling painted blues and reds and browns — flanked by two smaller statues of guardians. The light from the open doorway fell on the Buddha and suffused throughout the space...

Into Dasht-e Kavir: Notes From the Great Salt Desert.

Story and photos by Steven Tizzard: 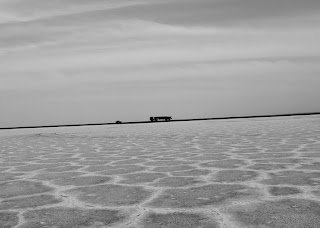 In Iran it is the year 1388, a new year, the spring, the month of Farvardin. It is the celebration of Norouz, a Zoroastrian festival that has survived, despite being usurped in this land by Islam, its heir; despite being turned outlaw for a time in the most vigorous days of the Revolution. This celebration of the vernal equinox flourishes again, the most important holiday in ancient Persia and modern Iran...

"A Minute and 100 Meters Down the Road" by David Maney: 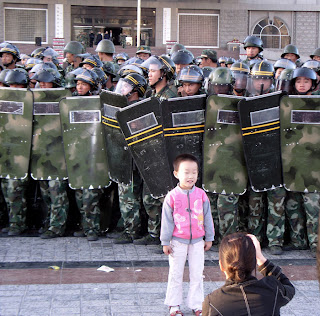 Urumqi, Xinjiang, Sept. 3, 2009. The soldier outside the station had one hand on the barrel and the other on the butt of his shotgun. There were two military trucks by the bus stop and two soldiers in the back-right seats of every bus leaving Urumqi station.

I arrived via long-haul train, 40 hours and just under 4,000km in a hard-seat, from Beijing, where rumours were circulating about the extent of the military presence, needle attacks, Uighur and Han street gangs, and the validity of the reports coming out of Xinjiang....

The issue includes an interview with composer Minoru Miki who revived Japan's traditional musical exchanges through his project, the "Orchestra Asia."


The Japanese society of the eighth century was extremely internationalized and integrated with the rest of Asia. Foreigners comprised much of the skilled labor force and, like England in the 16th and 17th centuries, there was an active exchange of artists, musicians and statesmen with the mainland. It is one of my dreams to re-create an active musical exchange with the rest of Asia.

Miki, a timeless visionary, has an English-language page at his website.

For a further glimpse of the contents of the issue, visit Kyoto Journal's website.
Posted by TenThousandThings at 12:00 AM
Email ThisBlogThis!Share to TwitterShare to FacebookShare to Pinterest
Labels: history, interconnections, Japan, Kyoto, kyoto journal, multicultural, peace, Silk Road