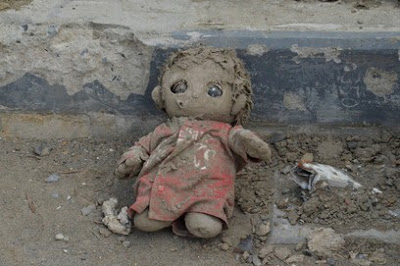 Via Kim Hughes on FB, Shareyourchristmas.org:

Share Your Christmas this Christmas with a child in Tohoku, Japan

The idea of Share Your Christmas is simple. Children (and adults) choose a present from the many received on Christmas Day and send it, wrapped or re-wrapped to Tohoku, where it will be passed on to a child (or adult) in need.

The powerful earthquake and tsunami of nine months ago on left many thousands of children (and adults) without families and friends and their homes. Children of all ages lost all their toys, their most beloved possessions.

Over 360,000 children in Fukushima Prefecture, where three nuclear reactors melted down after the tsunami, are living in especially stressful conditions. They are not allowed to play outside, where the earth and air is poisoned with radiation; they have to wear geiger counters to keep a constant check on radiation levels.

But Fukushima is not the only area where children are suffering. Up and down the northeastern coast are hundreds of small communities where people lost just about everything.

To unconditionally share or pass on a gift is a small thing in many ways, but for the children of Tohoku, abandoned by their government and much of mainstream Japan also, it will mean so much. Connection. Comfort. Love. Someone somewhere cares, is thinking about them, if offering a small piece of their heart from somewhere far away.

A resident of Tokyo received a request from his niece in Baltimore, asking for a computer for Christmas. After long and all-due consideration he agreed, but on the promise she donated one of her gifts from under her family tree to a child in Tohoku.

At dinner that evening, her agreement became the basis of an urgent campaign. Since Japan is not a Christian country as such, it will not matter that gifts only arrive after Christmas Day itself. We then anticipate several weeks of intense activity, making sure gifts reach boys and girls - and adults too - of the correct age.

We invite those sharing their gifts to write messages, and will encourage recipients to reply. In this way we hope Share your Christmas will translate into Share your Lives, with many friendships being forged for the future.Find out where to send at the above link...
Posted by TenThousandThings at 11:38 AM
Email ThisBlogThis!Share to TwitterShare to FacebookShare to Pinterest
Labels: 3/11 survivors, healing, Japan, love, prayer, Tohoku