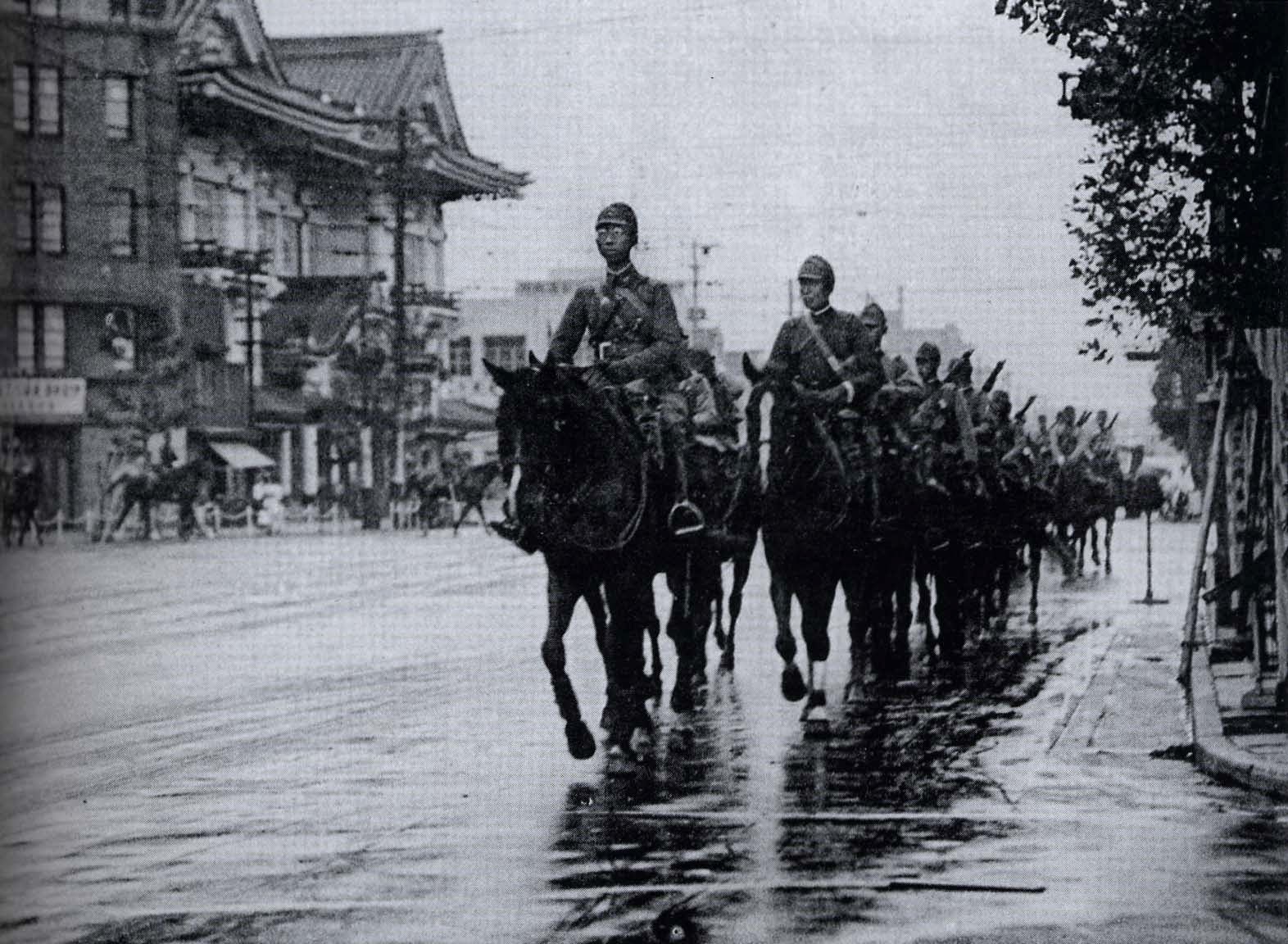 
Under a special state secrets bill expected to pass on Friday, public officials and private citizens who leak "special state secrets" face prison terms of up to 10 years, while journalists who seek to obtain the classified information could get up to five years.

Critics of the new law say it marks a return to the days of prewar and wartime Japanese militarism, when the state used the Peace Preservation Act to arrest and imprison political opponents.

"It is a threat to democracy," said Keiichi Kiriyama, an editorial writer for the Tokyo Shimbun newspaper, adding that the legislation would "have a chilling effect on public servants, who could become wary about giving the information" to journalists...

Abe, who does not have to fight an election for another three years, is expected to push ahead with his nationalist agenda, including constitutional reforms that would end the military's purely defensive role.

The secrecy bill's hasty passage through the lower house has been marked by noisy public demonstrations and opposition from journalists, lawyers, politicians, academics and scientists, as well as film directors and manga artists concerned about freedom of expression...

"There are few specifics in the law, which means it can be used to hide whatever the government wishes to keep away from public scrutiny," said Mizuho Fukushima, an opposition MP.

"In its current form, the prime minister can decide by himself what constitutes a secret."


In 2009 investigative journalist Masakatsu Ota uncovered a top secret deal between Japan and United States that allowed nuclear weapons to be brought into Japan during the Cold War...

"A key person in government confirmed it for the first time and the reports triggered an inquiry," he said...

Under the new secrecy laws exposes like Ota's will be much harder to do...

Experts have described the laws as extreme and part of prime minister Shinzo Abe's wider agenda to revise Japan's constitution...

Law Professor Lawrence Repeta from Tokyo's Meiji University said the government had a lot of power.

"They say the right to freedom of speech should only be respected when it doesn't disturb public order," he said...

The majority are against the laws and at protests across the country over the weekend people called for them to be scrapped...

Another protester said Japan was heading back to its militarist past with these new laws.

"When Japan headed to militarism, people were arrested if they showed opposition, that's the scariest thing. Democracy has not matured yet, but it's been developing and I want to stop this move," the protester said.

Already the government is set to classify half a million documents as state secrets.

Critics have said the real danger of these laws will see the government ultimately deciding what is secret and the definitions can be vague.


Organizations representing journalists, legal experts and the entertainment industry issued statements calling for the abolishment of the state secrets protection law that they say will trample on the people’s right to know...

The Japan Congress of Journalists’ statement issued on Dec. 9 said the law would “cover the people’s eyes, ears and mouth and usurp their freedom of the press and speech.”

The statement listed a number of problems with the law: the range of documents classified as state secrets could expand without limit; the government can continually extend the period a document is classified as a state secret; and journalists and human rights activists could be punished under the law.

The Japan Civil Liberties Union, consisting of lawyers and legal scholars, issued a statement on Dec. 8 protesting the law because “it inappropriately restricts citizens’ right to know.”

...A group of individuals connected with the movie industry, including directors Yoji Yamada and Isao Takahata, also issued a statement Dec. 9 calling for the law’s annulment...

The statement also touched upon the history of the movie industry before and during World War II when the government forced the production of movies that supported Japan’s war effort.

The statement was made “from a strong feeling of creating a society that never again goes to war and to never again be complicit in the production of movies that stir up war sentiment.”


Reporters Without Borders has called it, “an unprecedented threat to freedom of information.” The organization’s World Press Freedom Index for 2014 has just dropped Japan to number 59 on its list, below countries like Serbia and Chile. This marks a precipitous fall; Japan was ranked as high as 22 in 2012. Clearly, even international observers are becoming increasingly concerned about the direction of media freedom here.

The law provides for prison terms of up to ten years, not only for government insiders who leak information regarded as “secret,” but also for those, including journalists, who encourage them to do so. In other words, according to experts, even asking persistently about a “secret” could be a crime punishable with up to five years in jail.

The secrecy law, unprecedented in Japan’s postwar history, was forced through the Diet over the objections of critics who pointed out its many deficiencies. While the law was still under consideration, the FCCJ released a statement expressing our concerns...