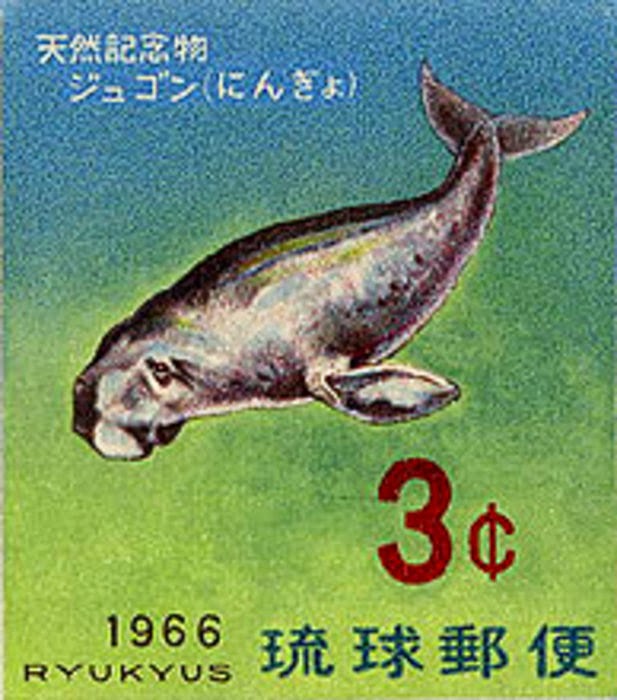 American, Okinawan and Japanese conservation groups argued their historic case today, Friday, Dec. 12, 2014, in U.S. federal court, seeking to halt construction of a U.S. military port and airstrip at a biodiverse coral reef and dugong habitat in northern Okinawa. The planned U.S. training base expansion would destroy Okinawa's best coral reef and pave over some of the last remaining habitat for critically endangered Okinawa dugongs, ancient cultural icons for the Okinawan people and marine mammals related to manatees. The dugong is listed as an object of national cultural significance under Japan’s Law for the Protection of Cultural Properties, the equivalent of the U.S. National Historic Protection Act.

Via The Center for Biological Diversity and Earthjustice:


This is the first hearing in a historic lawsuit brought by American and Japanese conservation groups under a provision of the National Historic Preservation Act that requires the United States to avoid or mitigate any harm to places or things of cultural significance to another country. The Japanese Ministry of the Environment has listed dugongs as “critically endangered,” and the animals are also on the U.S. endangered species list. In 1997 it was estimated that there may have been as few as 50 Okinawa dugongs left in the world; more recent surveys have only been able to conclude that at least three dugongs remain in Okinawa.

The lawsuit, filed in U.S. District Court in San Francisco, is the latest in a long-running controversy over the expansion of a U.S. Marine air base at Okinawa’s Henoko Bay. Preliminary construction [survey drilling] on the base began earlier this year.

Earthjustice, on behalf of the Center for Biological Diversity, Turtle Island Restoration Network, Japan Environmental Lawyers Federation, Save The Dugong Foundation, Anna Shimabukuro, Takuma Higashionna, and Yoshikazu Makishi, is arguing today that the court should review the U.S. Department of Defense’s flawed efforts to examine the harm the expansion will cause for the Okinawa dugong, and stop the Department of Defense from allowing construction of the new airstrip until it has made meaningful attempts to avoid or mitigate that harm.

“Our folktales tell us that gods from Niraikanai [afar] come to our islands riding on the backs of dugongs and the dugongs ensure the abundance of food from the sea,” said Takuma Higashionna, an Okinawan scuba-diving guide who is a plaintiff in the lawsuit. “Today, leaving their feeding trails in the construction site, I believe, our dugongs are warning us that this sea will no longer provide us with such abundance if the base is constructed. The U.S. government must realize that the Okinawa dugong is a treasure for Okinawa and for the world.”

“The law requires that the Defense Department cannot allow this military base expansion project to go forward until it has made efforts to understand and minimize its effects on the dugong,” said Earthjustice attorney Sarah Burt. “When another country’s culture, heritage and revered endangered species are at stake, the U.S. must at the very least follow the law.”

“Okinawa dugongs can only live in shallow waters and are at high risk of going extinct. These gentle animals are adored by both locals and tourists. Paving over some of the last places they survive will not only likely be a death sentence for them, it will be a deep cultural loss for the Okinawan people,” said Peter Galvin, director of programs at the Center for Biological Diversity.

Background: In July conservation groups filed a lawsuit, supplemental to a 2003 suit, seeking to require the U.S. Department of Defense to stop construction activities on the new U.S. Marine base airstrip at Henoko Bay until it conducts an in-depth analysis aimed at avoiding or mitigating harm the expansion will cause for the Okinawa dugong.

The Japanese Ministry of the Environment lists dugongs as “critically endangered,” and the animals are also on the U.S. endangered species list. In 1997 it was estimated that there might be as few as 50 Okinawa dugongs left in the world; more recent surveys have only been able to conclude that at least three dugongs remain in Okinawa.

Five years ago, more than 400 environmental conservation, animal protection, peace and justice groups, led by the Center for Biological Diversity, asked President Obama to cancel the planned landfill and base construction at the Okinawan dugong habitat.

At the time, the US government announced that it would reconsider plan in light of the massive local and worldwide opposition to the project. In 2008, the US federal court
found the US Dept of Defense in violation of the National Historic Preservation Act. The court required the DoD to meet with plaintiffs and negotiate on the issue of mitigating harm to dugongs. This did not happen, hence this year's new lawsuit, which was filed July 31, 2014,  in the same court on behalf of the original Dugong Lawsuit plaintiffs.

The waters off Henoko, Okinawa are the last remaining northernmost home of the dugong. In 1955, the dugong was designated as a protected cultural monument by the then autonomous Ryukyu Prefecture, because of its status as a revered and sacred animal among native Okinawans. Since 1972, the species has also been listed by Japan's federal government as a "natural monument" under the country's Cultural Properties Protection Law. It is also protected by the U.S. Endangered Species Act.