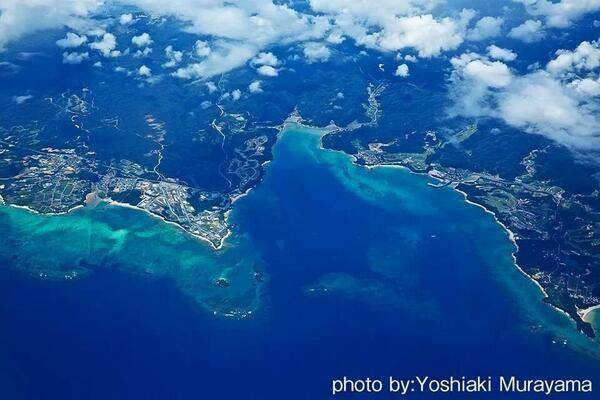 The Okinawan movement to save Henoko and the Yambaru subtropical rainforest is one aspect of a global indigenous movement calling for respect of indigenous cultural heritage, especially natural sacred sites under ongoing threat of destruction.

Indigenous peoples know that sacred sites are centers of collective spiritual and psychological power that go into the past and into the future, connecting generations. Maybe this is why sacred and cultural heritage sites have been targeted for destruction by invading powers for millennia.

In "The Sense of Sacred: Mauna Kea and Oura Bay," published at The Asia-Pacific Journal earlier this month,  Katherine Muzik  compares the similarities between the struggles to save Mauna Kea in Hawai'i and Henoko in Okinawa to introduce William B.C. Chang's analysis of the foreign settler pattern of violating indigenous religious and cultural heritage rights as well as land rights and indigenous human rights:


“Sacred is not necessarily a place. It is a relationship, a deep visceral relationship: beyond reason, beyond law, beyond rationality.”

These words were recently spoken by William B.C. Chang, a University of Hawaii Law Professor, in his impassioned testimony to the UH Board of Regents, about the current conflict on Mauna Kea here in Hawaii.

To the Hawaiians, the Mountain known as Mauna Kea, or Mauna a Wākea, on the Island of Hawaii, is a sacred place. Thus, the proposed construction of the northern hemisphere’s biggest telescope, thirty meters tall (TMT), 18 stories high, on eight acres of the mountain top, costing $1.4 billion, has recently sparked peaceful but ardent protests and occupations by Native Hawaiians, environmentalists and allies across the Pacific. With 13 telescopes already blighting the landscape, the protesters seek to prevent further desecration.

To the Okinawans, the Sea known as Oura Bay, on the Island of Okinawa, is also a sacred place. For nearly two decades, Okinawans have protested its destruction by US/Japan military expansion.

Besides being sacred and beautiful, what else do these two very distant places share? They share history, of illegal takeovers by a foreign power and the subsequent, on-going outrage among the local populations. Locals in Hawaii and Okinawa are deeply angered by the heinous and reckless environmental destruction their islands have suffered. They are frustrated by the destruction that continues, despite prolonged protests. In both cases, illegal land-grabs by the US have resulted in the waste of their natural resources and the disintegration of their cultural identities. However, being sacred, both places continue to inspire passionate and courageous struggles against foreign dominance.

The Hawaiian Islands were once a kingdom, a sovereign nation. In a series of events, the Hawaiian monarchy was overthrown in 1893 by a group of US and European businessmen, ending in annexation as a “Territory of the United States” in 1900. And so too, were the Ryukyu Islands, sovereign. Invaded by Satsuma forces in 1609, they were formally annexed by Japan in 1879 as “Okinawa Prefecture”. After World War 2, the US “acquired” Okinawa from Japan, establishing military bases which have remained and proliferated, destructively, for the last seventy years.