Creating Hope From Destruction in Iraq: Errant Home and the Visual Art of Qasim Sabti 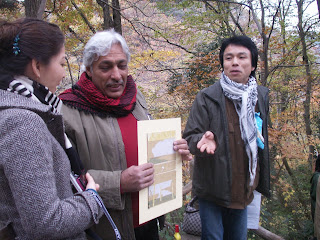 Art, music, film, and the written word possess a powerful ability to bring us back to our own humanity. Time and again, we turn back to creative expression to help heal the wounds from the trauma of war.

One recent such work is “Errant Home”, a 2008 documentary by Nada Doumani that portrays interviews with four Iraqi artists in exile. Available online through the“Humanity Explored” film festival at cultureunplugged.com, the documentary interweaves memory with stunning artistic imagery as each of the four attempts to reconcile overwhelming loss with the human desire to keep hope alive.

Several segments of the documentary approach this tension with incredible poignancy. In one scene, artist Balasem Mohamad substitutes dialogue with a seemingly endless intense gaze--thereby conveying emotions that no human words could express. In another, journalist Maysoon Al-Mousawi comments that the pain Iraqis have experienced may in fact eventually be capable of generating a true, authentic happiness that might not have otherwise been possible had the suffering of war not occurred. While she does not elaborate further, her comment leaves viewers to contemplate the transformations that may be able to turn unfathomable suffering into opportuntities for profound growth.

Turning deep loss and pain into hope—destruction into creation—is also the theme and life work of Iraqi artist Qasim Sabti, who visited Japan last November. A painter and collage artist based in Baghdad, Qasim was devastated by the U.S. military destruction of important cultural and artistic facilities such as the University of Baghdad library collection—and decided to take action. Rescuing the books, he gave the salvageable ones new life by turning them into completely new art forms.

“When I saw 5000 books burned all at once, my feeling was beyond description,” he said to several dozen people who gathered at Mt. Takao in western Tokyo to attend an event creatively titled ‘Iraq x Mt. Takao = Peace’. Echoing Maysoon Al-Mousawi, he continued,“Far more powerful than this destruction, however, were the new creations that rose to take their place.”

Organized by the NPO Peace On and the “Kenju no Kai” eco-action group that is trying to save Mt. Takao from slated construction, the event was held “in order to try and understand the meaning behind the destruction of something that you love and has meaning for you, which describes the situation both for Iraq and for Mt. Takao,” explained Peace On Director Yasuyuki “Yatch” Aizawa.

“I kept my gallery in Baghdad open all throughout the war, which forced me to learn to live with the possibility of facing my own death,” Qasim commented during a dinner party on his last evening in Tokyo. Echoing a theme running throughout the “Errant Home” documentary, he added, “Our art was like a hidden world that was occurring in parallel with the war and violence. Because what we were doing was in line with true Iraqi culture, though, whereas the militias have absolutely nothing to do with it, we artists always knew that in the end they would disappear while our works would live on.” 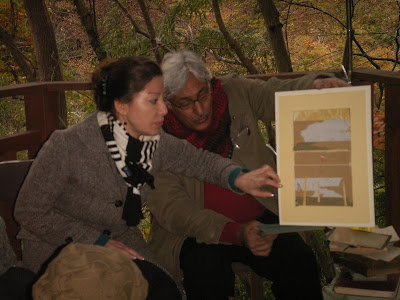