Children of Armageddon/May the Bomb Be With You spotlights nuclear bombing suvivors--in Japan, the Marshall Islands, Tahiti & New Zealand 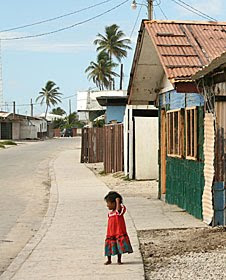 The atomic bombing museums in Hiroshima and Nagasaki try to teach visitors that the people of those cities are not the only survivors of nuclear weapons and the nuclear weapons industry. The nuclear nations have nuclear bombed their own lands and the Pacific and Atlantic over 2,000 times.

The US nuclear bombed itself and the Marshall Islands over 1,000 times. The former Soviet Union nuclear bombed Kazakhstan 460 times and the Ukraine, Turkmenistan and other parts of Russia over 200 times. France repeatedly nuclear bombed Algeria and the Pacific Region, and recently admitted it intentionally targeted French soldiers. The UK nuclear bombed Australia and the South Pacific 45 times (and participated in many of the US bombings in joint tests). China nuclear bombed the historic Tarim Basin, where ancient mummies with European features and clothing were found--a Uyghur region. India and Pakistan have nuclear bombed their own lands six times, respectively. North Korea has bombed itself twice.

Millions of people--have suffered and are still suffering from uranium mining, nuclear bombing fallout, nuclear weapons manufacturing, and nuclear waste threats throughout the world. (In the latest news, the governor of Utah refused shipment of depleted uranium from a South Carolina nuclear weapons plant.) Many of these millions are part of an ever-broadening transnational nuclear abolition movement that now brings together indigenous peoples with environmental groups, anti-nuclear groups, Japanese atomic bombing survivors and descendants, nuclear "test" bombing survivors, atomic veterans, downwinders (which includes everyone on earth--to some degree), industrial radiation victims, and nuclear plant disaster victims. And their descendants.

Vancouver-based film director Fabienne Lips-Dumas creates a cinematic portrait of the legacy of some of the world's 2,000 nuclear bomb explosions--focusing on Japan, the Marshall Islands, Tahiti, New Zealand and the planet--in her 2009 documentary film Children of Armageddon/May the Bomb Be With You:


In the face of a potential nuclear renaissance, this passionate and deeply moving account explores the legacy of nuclear arms in Japan, the Marshall Islands, French Polynesia, New Zealand, and around the world.  The film features Noam Chomsky, Hans Blix, Judge C.G. Weeramantry, Arjun Makhijani, and Douglas Roche.

With the reality of a nuclear threat more and more present - especially because of recent U.S. politics – Maki, the granddaughter of a Hiroshima bombing survivor, strives to keep the memory of the horror alive so that history is not repeated.

Evelyn, originally from the Marshall Islands and exiled in Honolulu, is the adopted daughter of a woman irradiated by a U.S. thermonuclear bomb.  Not only has she lost her home, she lives with the nightmare of genetic malformations and cancers at the forefront of her mind.

Mauréa, a young, Tahitian, anti-nuclear activist, who inherited her passion for activism from her father, struggles in a society where mentioning anything nuclear is taboo.  Through Mauréa’s journey we discover a country torn apart by nuclear colonization and an environment rendered vulnerable to plutonium, one of the strongest poisons in the world.

In New Zealand, an anti-nuclear country, we meet Annie.  She walks in the shoes of her parents, heroic figures in the peace movement, and instrumental in the condemnation of arms by the International Court of Justice.  Annie works to inspire youth towards activism and away from fear and complacency.

These young women introduce us to the film's themes: the rewriting of history for the purposes of political opportunism, the reality of new nuclear arms, planetary contamination, the anti-missile shield program, and peace movements.

From Hiroshima, the Marshall Islands, Tahiti, and New Zealand, to Vienna, Washington D.C., and Vancouver we hear the accounts of scientists, media and political experts, activists, and, of course, the descendants - who cling to the hope that their testimony can free us from the threat of sudden destruction. 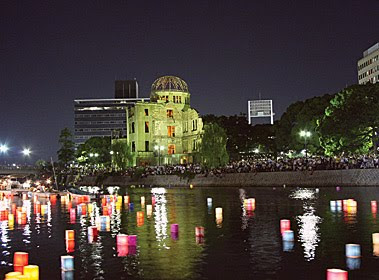