Earlier this year, Ecumenical News International (ENI), a Switzerland-based Christian media outlet, issued a press release on behalf of the National Christian Council in Japan (NCCJ) urging U.S. churches to gain awareness, pray and appeal to their government about the impact of a U.S. military base relocation in Okinawa, an archipelago south of Japan's main islands. 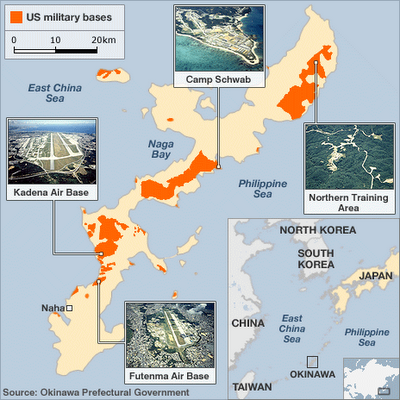 "The beautiful coral reef, which had provided a livelihood for the villages and which was the seabed home of the endangered dugong, would now be destroyed with landfill for the purpose of constructing a military base for waging war," said the moderator of the National Christian Council in Japan, the Rev. Isamu Koshiishi.

33 member and associate member churches and organizations participate in the NCCJ, which works in concert with local groups as well as international organizations, including the YMCA and the Fellowship of Reconciliation:


The networks to which NCCJ relates, including the Christian Conference of Asia (CCA) and World Council of Churches (WCC), enable Christians in Japan to stand in solidarity with people and partner churches throughout Asia and other parts of the world. Consultations between the NCCJ and other councils of churches in other countries have emphasized issues of minority discrimination, human rights, peace, and justice.

NCCJ continues to work ecumenically as well as with NGOs, citizens' groups, and people of other faiths in the area of peace. One recent event was the inauguration of the Interfaith Network for Peace (made up of Buddhists, Christians, and Muslims) to unite to maintain Japan's Peace Constitution and oppose the "emergency" legislation that would allow Japan to participate in a war and to arm itself. The emerging nationalism in Japan is one of many concerns for NCCJ.

The NCCJ newsletters in English may be found at this page. The theme of its fall issue: "Love - the Law of Life."
Posted by TenThousandThings at 6:00 AM
Email ThisBlogThis!Share to TwitterShare to FacebookShare to Pinterest
Labels: Article 9, citizen action, community, Engaged Buddhism, faith, interfaith, Japan, love, Okinawa, peace, peace networks, prayer