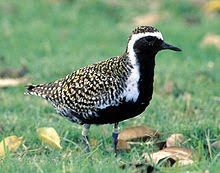 The bombings of Pacific migratory birds on Farallon de Medinilla (a small coral island in the Northern Mariana Islands, around 45 miles north of Saipan) continued this year. 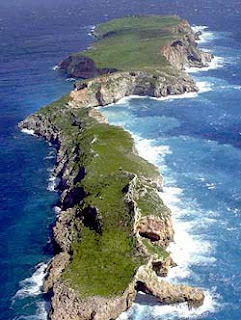 Farallon de Medinilla (FDM) is the habitat of more than a dozen migratory bird species, including breeding colonies of great frigatebirds; masked, red-footed, and brown boobys; red- and white-tailed tropicbirds; white and sooty terns; brown and black noddys; and other species of migratory seabirds. The narrow island, uninhabited by humans, is one of only two small breeding colonies of the great frigatebird in the Mariana island chain, and is also the largest known nesting site for masked boobies in the Mariana and Caroline islands.

The U.S. military uses the island for live-fire training, during which bombers drop mines and bombs and fire high-explosive rounds, machine guns, cannons, and missiles that destroy bird habitat and kill birds.


Today, Judge Emmet G. Sullivan, District Judge for the District of Columbia, issued an injunction immediately halting all military activities at Farallon de Medinilla that would harm or kill migratory birds. The Center for Biological Diversity, represented by Earthjustice, had sued the Navy for violating the Migratory Bird Treaty Act at FDM, and Judge Sullivan on March 13, 2002 declared that the Navy's use of FDM violates the law. The Navy had nevertheless continued to use the island for live-fire exercises using bombs, air-to-ground missiles, and other munitions, while acknowledging that it was thereby killing migratory birds. Today's ruling enforces the law and stops the Navy's violations.

FDM, about 45 nautical miles from Saipan in the Commonwealth of the Northern Mariana Islands, is about 0.3 miles wide and 1.7 miles long, or about 206 acres. It is home to more than a dozen species of migratory birds protected by the MBTA, including the great frigatebird, masked booby, brown booby, red-footed booby, sooty tern, brown noddy, black noddy, fairy tern, cattle egret, red-tailed tropicbird, white-tailed tropicbird, Pacific golden plover, whimbrel, bristle-thighed curlew, and ruddy turnstone. Most of these species also nest at FDM. FDM is one of only two small breeding colonies of the great frigatebird in the Mariana island chain, and is also the largest known nesting site for masked boobies in the Mariana and Caroline islands.

The Migratory Bird Treaty Act (MBTA) is one of the nation's oldest conservation laws. Enacted in 1918, it implements international treaties between the U.S. and Japan, Russia, Mexico, and Canada designed to "save from indiscriminate slaughter and insure the preservation of such migratory birds as are either useful to man or harmless." The MBTA makes it "unlawful at any time, by any means or in any manner," to, among other prohibited actions, "pursue, hunt, take, capture, [or] kill" any migratory bird included in the terms of the treaties without a permit issued by the Fish and Wildlife Service. The Service turned down the Navy's 1996 application for a permit to bomb FDM. The Navy did not appeal or reapply, but continued to bomb the island.

Notwithstanding the MBTA's protections, over 25% of all U.S. bird species are federally listed under the Endangered Species Act or as Species of Management Concern. During the past 30 years, about one-fifth of the bird species native to the U.S. have declined at rates equal to or exceeding 2.5 percent per year. A trend of this magnitude represents a cumulative decline of more than 50 percent over a span of 30 years.

Anticipating the court's ruling, the Department of Defense recently submitted to Congress a sweeping proposal to exempt military activities from the MBTA, along with many other environmental laws. DoD has over 25 million acres of land under its jurisdiction. Since these habitats encompass most of the migratory bird species in the U.S. during some period of the year, the proposed legislation, if enacted, would leave many of the hundreds of migratory bird species vulnerable to wholesale slaughter. 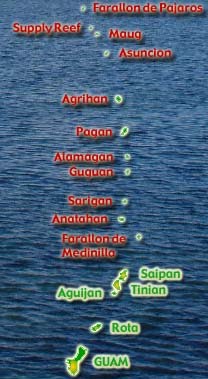 The Department of Defense was successful in forcing through exemptions to environmental protections, thereby undermining the U.S. District Court's ruling. The exemptions enabled the U.S. military to resume bombing the magnificent sea birds that live and nest on Farallon de Medenilla.

Please see this petition for more information on past efforts to stop the military destruction of Pacific sea bird habitat in the Marianas. 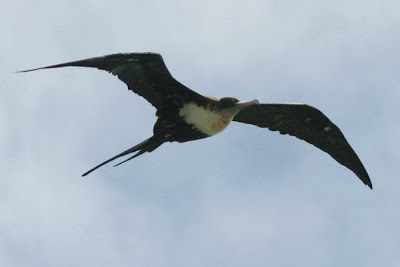