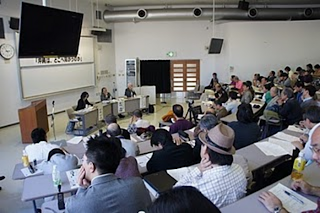 Satoko Norimatsu, Gavan McCormack, and Mark Selden have reported on the December 19, 2010 “Where is Okinawa going?” forum cosponsored by The Asia-Pacific Journal (APJ) and Okinawa University. Speakers addressed environmental, geopolitical, and economic issues and engaged in discussion with nearly 200 participants on goals and ideals while addressing contemporary challenges to Okinawa and the region. 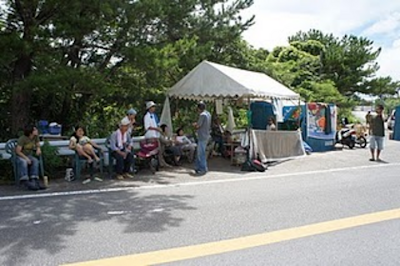 
Their article charts the Okinawan challenge to last year’s failure of leadership in Japan. The authors assert that Okinawan commitment to democracy and peace brought sense to a region spellbound by fear and at risk of falling into a downward spiral of militarization. Those who frame the Okinawan struggle for democracy as simply “local” are mistaken. Instead, the authors argue Okinawan resistance to military hegemony is national, regional, and global in nature, with the future of “Japanese democracy and US strategic planning for its empire of bases across the Pacific in the balance.”

They conclude: “In 2011 the best hope for peace and democracy in Japan and throughout the region is the continuing success of the Okinawan struggle in stalemating US-Japan plans for base reorganization and expansion.” 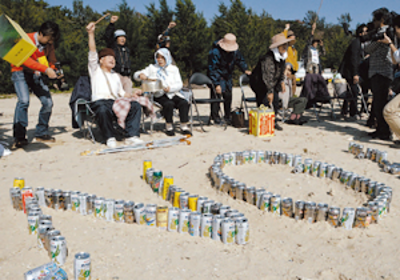 Henoko residents spell out “NO” with empty cans on Henoko Beach, for PM Kan to see from his helicopter. (Photo: Okinawa Times)