John Einarsen's In the Realm of the Bicycle up for People's Choice Award! 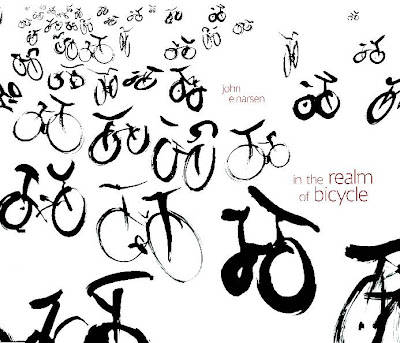 Congratulations to John Einarsen for the nomination of his recent book of photography, In the Realm of the Bicycle, for a People's Choice Award.

The photographer (and KJ's founding editor, stylish art director) uses photography as a medium to expand and deepen perception. In this book, the focus is bicycles in Japan's ancient capital, but the field of vision is infinite:


Each encounter I had with a member of this vast race revealed an individual with a personality all its own, the result of a history at once common and mysterious. Inevitably, I came to see them as they really were: creatures who populated the niches and nooks and corners and alleys of neighborhoods and streets and lives....

Most of the images in the book were taken in Kyoto over the years.


Each photo in In the Realm of the Bicycle is a haiku, a brief fleeting moment that contains a larger truth.

To view a sample some of the pages, go to: blurb.com.

The cover of In the Realm of the Bicycle is by long-time KJ graphic designer Tiery Le.