Women for a Nuclear-Free Future: Sit-In Protest in Tokyo, Oct. 27-30, 2011: Evacuate children of Fukushima & no resumption of nuclear plant operation! 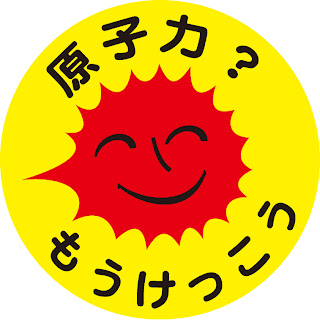 Women from Fukushima will be sitting in at the Ministry of Economy, Trade and Industry office in Tokyo from October 27th to 29th to demand the evacuation of Fukushima children and no resumption of nuclear power plant operation. (43 of the 54 reactors are currently shuttered for scheduled maintenance.)

The women of Fukushima are calling on women around the world to act in solidarity with similar actions at the same time – (demonstrating in front of Japanese embassies or consulates).

They are launching Women for a Nuclear-Free Future in Sapporo, Osaka, and Tokyo on October 23-24; and are asking women from all over Japan to join the sit-in on October 30th. The women state that seven months of government refusal to evacuate Fukushima children is a crime against humanity, and it can no longer be tolerated.

Send a message of solidarity via Greenpeace.
Posted by TenThousandThings at 12:00 AM
Email ThisBlogThis!Share to TwitterShare to FacebookShare to Pinterest
Labels: children, citizen action, Fukushima, Fukushima evacuation, healing, Nuclear-Free, women