Until 3/11, nuclear plants supplied one third of Japan's energy; they're all offline now. However, they're poised for restarts in March. Instead of systemizing the radical energy conservation efforts instituted right after the Fukushima meltdowns and aggressively supporting a shift to renewable energy, the Japanese government and energy companies have turned to global-warming fossil fuels: oil, coal, LNG (liquified natural gas) to make up for the loss. Because of this increase in imported energy (compounded by a monetary policy aimed at devaluing the yen), Japan posted a record trade deficit in 2013, an economically unsustainable situation used to justify the planned return to nuclear power.

However, the proposed restarts won't be met with complacence. Heightened awareness and social energy in post-3/11 Japan has given rise to deepening collaboration between old and new Nuclear-Free activists, Japanese people and expats, across interrelated issues (organic, local, slow, low-consumption, fossil-free, renewable energy, fair trade), and across borders.

And one of the founders of Beautiful Energy, Dean Newcombe, has been spotlighted in a nice feature by Liane Wakabayashi at JT. The Japan-based Scottish model, founder of Intrepid Model Adventures, shared his story about how he was spurred to personal action after witnessing the plight of 3/11 survivors.

Knew Dean Newcombe and his colleagues are dynamic, but didn't realize the breadth, depth, interconnections of their activities. It's a little hard to keep up: volunteering and raising funds for reconstruction in Tohoku; bringing hot meals to and supporting nuclear evacuees from Futaba; supporting fair trade; raising funds for typhoon reconstruction in the Phillipines; instituting a scholarship fund for an orphanage in Bali; supporting Hafu David Yano's NGO which is building a school in Ghana; initiating Beautiful Energy's Nuclear Free/Renewable Energy advocacy every Friday in Tokyo; and screening socially significant films.


The charismatic leader and networker  explained how serendipity, combined with intentional support of authenticity, snowballed his initiative in Tohoku into many directions :


“One of the surprises that perhaps I didn’t expect,” says Newcombe, “is that the volunteers that worked with me in Tohoku would step forward to suggest Tohoku-related support projects that we could do in Tokyo.”

“I want them to apply skills they were born with to make right what they believe is wrong. Deep down we all see what is wrong and unjust in this world. It’s just our choice whether we do something about it!”

This Sunday, IMA and related groups are celebrating their three-year anniversary all day at the Pink Cow in Tokyo. 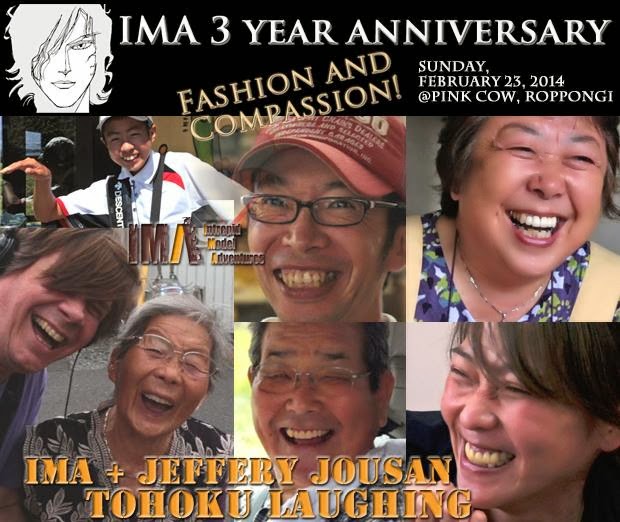 Events include the screening of Tohoku Laughing" (笑う東北), a 30-minute documentary by Jeffrey Jousan:

It took about 2 years after the Tsunami but people in Tohoku that we met started saying that they could finally laugh again,as if they had entered a new stage in dealing with their horrific experiences. Everyone's process of dealing with these events continues and will continue for some time.

This is a little film to share the healing and life affirming power of laughter, from the awesome people of Tohoku. Please come to Tohoku and laugh!

This post sounds like a valentine, because it is, to all at Beautiful Energy, Hot Meals for the People of Fukushima (双葉町交流プロジェクト( and IMA, MTM, et al., with appreciation for their efforts (born out of compassion), creating ripple effects, bringing people together in unexpected ways to help actualize the best in each other and a peaceful, affirmative, life-sustaining world. 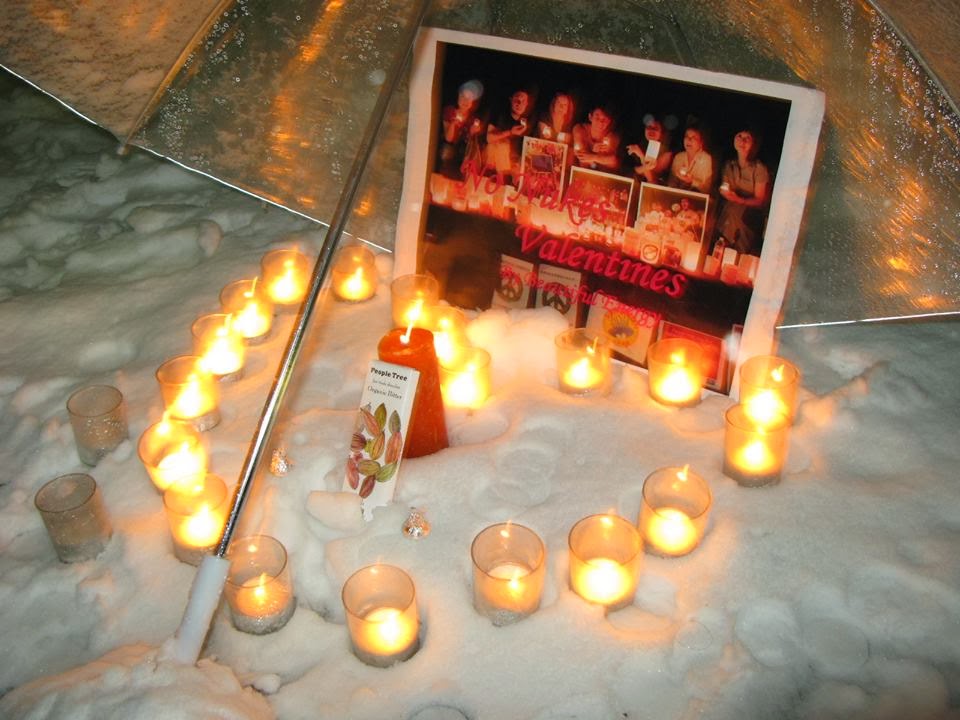