How Gary Snyder's and Daniel Ellsberg's chance meeting in Kyoto in 1960 changed them and world history... 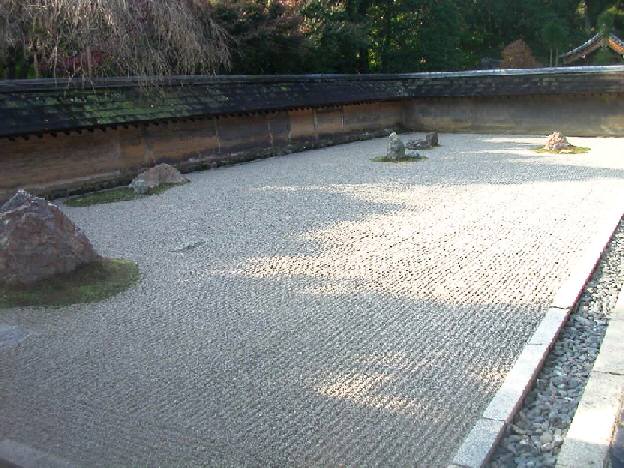 
In The Engaged Spiritual Life: A Buddhist Approach to Transforming Ourselves and the World, Donald Rothberg suggests that change is mysterious and always possible, illustrating his point by relating an encounter between poet Gary Snyder and Daniel Ellsberg in Kyoto.  This chance meeting influenced the latter's decision to release the Pentagon Papers to the media, with the hope it would speed the end of the Vietnam War:

Daniel Ellsberg tells the story of meeting activist, poet, and Zen practitioner Gary Snyder by chance at a bar near the Zen monastery of Ryoanji in Kyoto, Japan, in 1960. Ellsberg was living in Tokyo, working on nuclear weapons policy for the Office of Naval Research, through the Rand Corporation.  Snyder was then midway through a nearly ten-year period of Zen practice, staying at or near Zen monasteries for the bulk of that time.

Ellsberg had gone to see the Zen garden at Ryoanji because he had read about it in Jack Kerouac's The Dharma Bums in which Snyder was the lightly fictionalized major figure.

The impact and memory of Ellsberg's conversations with Snyder at the bar and the next day at Snyder's cottage, Ellsberg later reported, played a significant role in his later decision, some nine years later, to divulge the Pentagon Papers, the secret history of the planning of the Vietnam War. Ellsberg's action was a major contribution to the turn against the war in public opinion and political discussions in the United States.


More about Daniel Ellsberg's shift in awareness (and advice to peace builders, and thoughts on Gary Snyder) in this 2006 interview at Busted Halo:


I’d like peoples’ consciences to be re-thought and reshaped as much as possible to adopt new norms of nonviolence and truthfulness and that’s a fairly revolutionary change in awareness and specifically in conscience for many people...

Learning from people who have already had that conversion is very helpful. In my case, it was crucial for me to meet people who were of that mind and who were going to prison rather than to take part at all in what they saw as a wrongful war...So I think that courage is contagious and coming into contact or exposing yourself to people who are taking those risks is very helpful and a first step toward doing it yourself... And doing the reading, readings like Joan Valerie Bondurant’s Conquest of Violence, for example, on Gandhian theory, Gandhi himself or Barbara Deming...

You know, the difference that I see between Gandhi and Gandhi’s thought in Buddhism is that there is a very explicit activist theme to Gandhi in which the idea of organized nonviolent civil disobedience in particular but withdrawal of support and even obstruction of wrongful activities are a major factor. And there is a strain of what is called Engaged Buddhism that Joanna Macy and Gary Snyder and others have been prominent in and my wife is attracted to. But that is just one way of being Buddhist and in general, the teachings didn’t point toward organized activity, mass activity, dedicated to changing processes in society or wrongdoing in society. It had more of an emphasis on inward transformation rather than transformation of a society.

The Most Dangerous Man in America: Daniel Ellsberg and the Pentagon Papers: http://www.mostdangerousman.org/