W. Eugene Smith: "I wanted my pictures to carry some message against the greed, the stupidity and the intolerances that cause these wars." 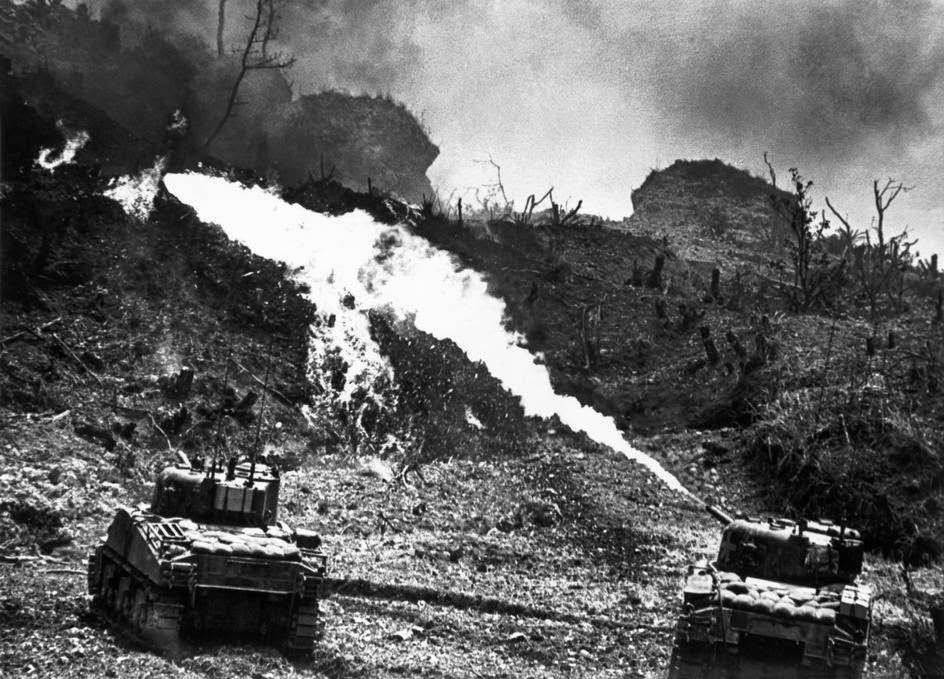 Battle of Okinawa, April-June 1945
US flame throwers used to dislodge Japanese soldiers from bunkers.
The same flame throwers were used on Okinawan civilians hiding in caves. 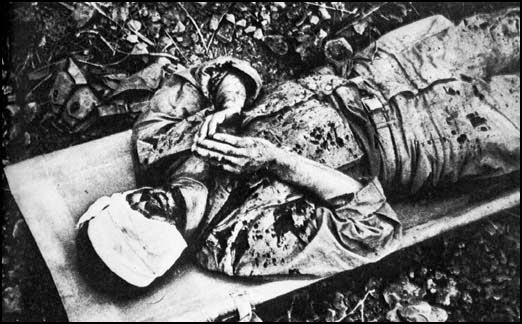 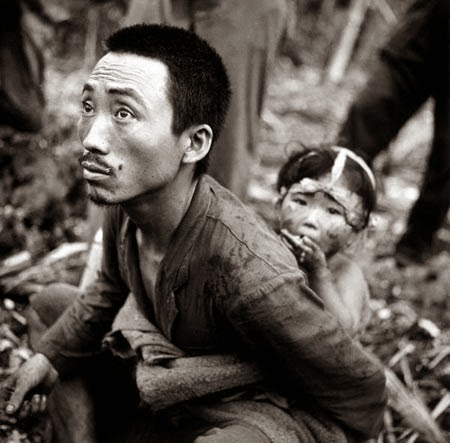 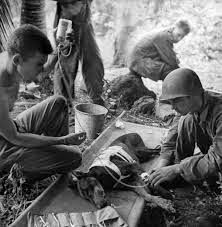 Orote Peninsula, Guam, 1944
American soldiers struggling to save the life of a wounded dog

I wanted my pictures to carry some message against the greed, the stupidity and the intolerances that cause these wars.

W. Eugene Smith, a war photographer for Life Magazine, was injured by mortar fire during the Battle of Okinawa, after photographing the suffering of soldiers, civilians, and animals during battles in Saipan, Guam, and Iwo Jima.

Smith is also renowned for his early 1970's documentary photography of Minamata residents, who were poisoned by mercury discharged from 1932 to 1968 by the Chisso Corporation into Minamata Bay and the Shiranui Sea in Kyushu. (Writer Sam Stephenson describes a return to Smith's Minamata at the Paris Review: "Letter from Japan.")