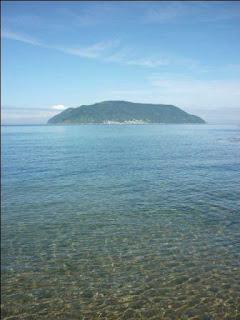 Two days ago construction on a planned nuclear power plant in seismic-intense, water-surrounded Kaminoseki was suspended.

For 30 years, Japanese fishermen, environmentalists, and citizens concerned about the safety of nuclear power have been protesting the proposed construction of a nuclear power plant at a small island in Japan's beautiful Seto Inland Sea National Park. The Seto Inland Sea is sometimes referred to as Japan’s Galapagos because of its rich biological diversity. Hiroshima-based Chugoku Electric Power Company, unresponsive to local choice (by villagers descended from area inhabitants for over a thousand years) and environmentalist concerns, even started landfill during an international biodiversity conference held in Nagoya last fall.

A Pan Orient News report on a hunger-strike earlier this year summarizes alarming unaddressed environmental risks and the history of the local unanimous protests.


We decided to take this action because we do not want the radioactive waste that will arise and the radioactivity that will accumulate in the sea and the atmosphere as a consequence of constructing and operating this nuclear power plant to be left to our own and our children’s generations.

Radioactive waste continues to release radioactivity for thousands of years, but no means of disposing of it has been established. Furthermore, although nuclear power plants can only be operated for about 40 years and the buildings themselves become radioactive in the process, no safe method of decommissioning them after they are shut down has been found.

Nevertheless, they are going ahead with a plan to construct a new nuclear power plant at Kaminoseki Town in Yamaguchi Prefecture. To construct a new nuclear power plant when there is neither a method of disposing of the radioactive waste that will be produced in the process of operating the plant, nor a method of decommissioning the plant after it is shut down is to bequeath the problems to generations of young people to come.


The nuclear power industry, a powerful player in Japan’s politically dominant construction industry, has pressed ahead with its plans — endorsed in 2006 by the Ministry of Economics, Trade and Industry’s “New National Energy Policy” — to mold the country into a “nuclear state.” In addition to 54 existing nuclear power plants that until last week supplied 30 percent of the country’s electricity, a dozen new nuclear plants are planned or under construction. 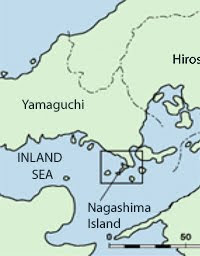 One in particular has exposed a deep public divide. The proposed Kaminoseki nuclear plant is to be built on landfill in a national park in the country’s well-known Inland Sea, hailed as Japan’s Galapagos. For three decades, local residents, fishermen, and environmental activists have opposed the plant, saying it should not be built in the picturesque sea, with its rich marine life and fishing culture dating back millennia. The Inland Sea has also been the site of intense seismic activity, including the epicenter of the 1995 Kobe earthquake that killed 6,400 people...

“We have to stop it,” Masae Yuasa, a professor of International Studies at Hiroshima City University and a leading opponent of the plant, told me when I visited Japan last fall. In words that have a chilling resonance now, she continued, “Once an accident happens, there is no border. I want to be more polite, but we have to stop it. I am a person from Hiroshima. I cannot be quiet about it.”