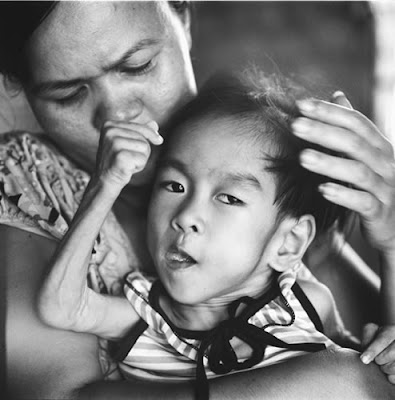 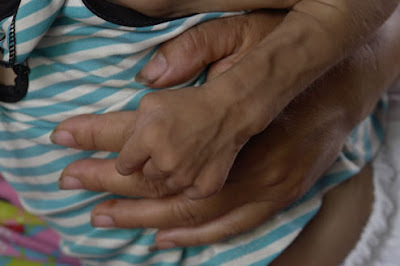 My work is concerned with social justice and ecological issues from an artistic perspective. Primarily through the lens of my Hasselblad, which allows the ‘unhurried visit’, I explore remnants and legacy, memory and mirror, and reflect on the civil contracts inherent between image maker, giver and viewer. Images from this body of work about intergenerational effects of Agent Orange on a specific population comprise a cautionary tale, a never-ending highly controversial one fraught with myriad complexities. As maker and viewer, they confirm my sense of being in the world and are for me the embodiment of a prayer.

From 1961 to 1971 the United States engaged in what can only be described as an ecocide - the most extensive and systematic use of chemical warfare in the history of mankind, for the stated purpose of defoliation in Viet Nam, Laos and Cambodia. Much was done in secret, with full denial, and with little thought to long-term consequences on troops, local populations or environment. The most toxic of the chemicals employed was Agent Orange containing high levels of Dioxin. The Vietnamese interpret this as a reclamation chemical to ‘bare the leaves of plants for making VN to become a place of fallow hill - empty house.’ Estimates of 80 million litres (12 million gallons) were systematically used, impacting about 25% of the land in South Viet Nam. It is also estimated that 4.8 million people were exposed, at least 3 million symptomatic and 85% of families having 2 or more children affected.

In 2007, and again in 2008, I spent several months in Viet Nam, researching and documenting issues surrounding Agent Orange/Dioxin. I visited various ‘hot spots’, interviewing government and community officials, 75 families and several long-term care facilities, documenting many children afflicted with a wide array of disabilities attributable to effects of Dioxin. Images are some of the portraits of second and third generations affected by this war that ended about 40 years ago.

The relevancy of this work lies in the fact that we remain a hegemonic power heavily invested in war and chemical industrial complexes. We fool ourselves into believing that other people’s children are not as precious, or human, as our own. These images serve both as a glimpse of the legacy we left, but more importantly, they are my testimony to the children, their families and to the mystery of what makes us human. For them and millions of others, that war is not over. They cannot close their eyes to it and simply move on. I believe it is vital that we meet their eyes and look into this mirror. May these images deny the wish to erase the past and ‘the other’ from memory.