Kenzaburo Oe: "The Okinawa protests against the Osprey, and our rallies...to oppose the restarting of nuclear power plants are all connected to the Constitution. We value and protect Article 9..." 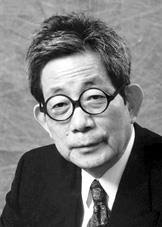 Author  Kenzaburo Oe, co-founder of the Article 9 Association outlines the relationships between widespread opposition to US military testing and training of the accident-prone V-22 Osprey aircraft in Okinawa (and soon-to-be mainland Japan); opposition to nuclear plant restarts, and the Japanese Peace Constitution:


The Japanese government seems to say by this that it is not in a position to object to American objectives [regarding US military testing and training V-22 Osprey aircraft in Okinawa]. This is not the kind of action one would expect from a truly independent, democratic country. It is too easy to see the Osprey issue as a problem affecting only Okinawa; in fact it affects all of Japan because it is a Constitutional issue, not merely local or regional but national in scope...