Is it safe for any of Fukushima's 160,000 nuclear refugees to return to home?


A Tamura resident used to harvest organic fruit from her orchard.
Her house was decontaminated; her orchard was not.
Authorities say it is ‘out of category’ – it does not fit  the categories  in the decontamination plan.
(Greenpeace: Fukushima's Returning Residents 2013)

Is it possible to decontaminate irradiated areas around the (still unstable) Fukushima Daiichi nuclear plant and make them safely inhabitable again?

In March 2011, a series of hydrogen explosions amid nuclear meltdowns (not acknowledged by the Japanese government until June 2011) at the Fukushima Daiichi Nuclear Plant resulted in sudden evacuations of residents who lived  in communities around the plant.

The first evacuation zones were simply concentrically drawn around the plant complex. 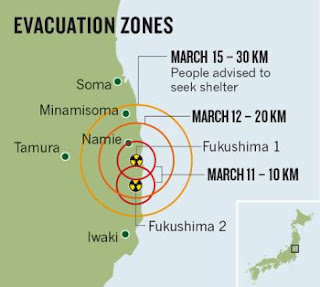 However when it was realized that radiation was not dispersing concentrically around the plant, but deviated because of winds, and gathering in hot spots (as far south as metropolitan Tokyo), the evacuation map was redrawn.  Iitate, a farming village 40 km northwest of the nuclear plant, showed  higher much higher radiation readings than some places adjacent to the plant.  The hot spots were created where snow, rain, and dust delivered radiation to the ground.

In July 2012, Iitate was also reclassified into three zones. Decontamination work was scheduled for houses, but not farmland.  Not surprisingly, since most of the former inhabitants were farmers,  Iitate remained a "ghost town" by December  2012.  Only a nursing home housed permanent residents (who had opted out of the April 2011 mass evacuation).

Despite the lifting of the evacuation order, running water, electricity, sewage systems and other infrastructure were not restored and hospitals and schools remain closed.  Proprietors of small businesses dependent on ruined local economies had lost their livelihoods. Except for decontamination projects, there is little employment available.

In December 2012, Minamisoma  remained partly deserted.  Of the 70,000 residents (outside the exclusion zone) who voluntarily evacuated; one third have not returned.  Many in Minamisoma who did not voluntarily evacuate told filmmaker Ian Thomas Ash (In the Grey Zone, A2-B-C) that they could not afford to leave without economic assistance.

In July 2013, authorities announced the preparation of resumption of utilities in Tamura, to ready for the return of residents.

A recent Greenpeace survey found that decontamination programs have been effective for houses and many parts of major routes in the city.

He said the cleaned houses and roads were like “islands” and “corridors” in an otherwise polluted region.

It would be “unrealistic” to ask residents to stay off contaminated roads and farmland, he said.

“They can be exposed to high levels of radiation” if they returned home, he said...

“It requires enormous dedication to reduce radiation levels on roads, on houses and farmland,” he said.

But Vande Putte added that radiation levels around houses have been “significantly lowered” after decontamination work.

Residents should be given adequate information before deciding whether to return to their homes, he said, and government financial assistance should continue regardless of their decision on going back. 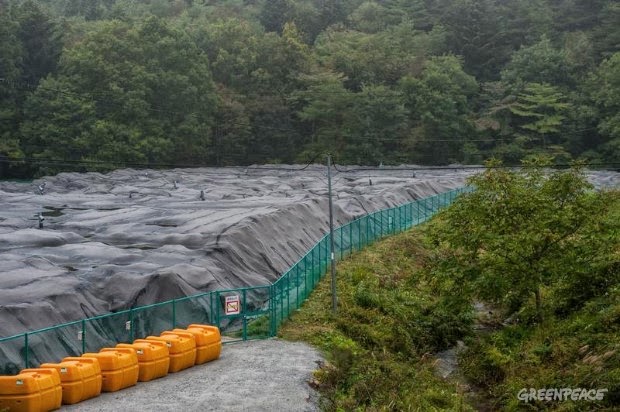 Authorities also plan to reopen Katsurao, Namie, Kawamata, Tomioka, and the no-go parts of Iiate,  although the evacuation order will continue through 2016 and 2017.  Most of the 83,000 nuclear refugees from these highly irradiated towns within the 20-km exclusion zone now doubt they will ever be able or want to return.

At the top of concerns: uncertainty; contradictory monitoring reports; conflicts regarding what constitutes "safe" radiation limits; and how to deal with massive collections of irradiated soil and debris:


Nobody knows for certain how dangerous the radiation is.

Radiation levels in most areas of Fukushima have dropped by around 40 percent since the disaster began, according to central government estimates, but those figures are widely disbelieved. Official monitoring posts almost invariably give lower readings than hand-held Geiger counters, the result of a deliberate strategy of misinformation, say critics.

The disagreement over real radiation levels is far from academic. Local municipalities are desperate for evacuees to return and must decide on what basis, in terms of exposure to radiation, evacuation orders will be lifted. If they unilaterally declare their areas safe, evacuees could be forced to choose between returning home and losing vital monthly compensation from Tokyo Electric Power Co. (Tepco), operator of the ruined Daiichi complex.

For the refugees, a worrying precedent has already been set in the municipality of Date, which lies outside the most contaminated areas. In December 2012, the local government lifted a “special evacuation” order imposed on 129 households because of a hotspot, arguing that radiation doses had fallen below 20 millisieverts per year (20 mSv/yr). Three months later the residents lost the $1000 a month they were receiving from Tepco for “psychological stress.”

...The Fukushima cleanup, however, faces another, perhaps insurmountable challenge: securing sites to store contaminated soil, leaves and sludge. Many landowners balk at hosting “interim” dumps – in principle for three years – until the central government builds a mid-term storage facility. Local governments throughout Japan have refused to accept the toxic waste, meaning it will probably stay in Fukushima for good. The waste is stored under blue tarpaulins across much of the prefecture, sometimes close to schools and homes.