Nuclear Industry Status Report 2009: The renaissance of nuclear energy is much exaggerated (with the possible exception of Monju)


"The renaissance of nuclear energy, much trumpeted by its supporters, is not taking place. The only thing frequently revived is the announcement.”

It is with these words that the German Minister for the Environment, Nature Conservation and Reactor Safety released the World Nuclear Industry Status Report 2009, a project directed by Mycle Schneider (RLA 1997).

The study provides the facts and figures of nuclear power around the world that fly in the face of the stunning international nuclear revival propaganda.

435 units operate in the world, that is 9 less than in 2002. For the first time in nuclear history not a single new nuclear unit in the world has been connected to the grid for over two years. One quarter of the units officially under construction have been listed there for over 20 years and over one half has had repeated delays. The economic costs have sky-rocketed rather than gone down as in the case of other energy industries.

The site has a link to the full report.

Schneider won the 1997 Right Livelihood Award jointly with the late Takagi Jinzaburo, who invited Schneider to the 1991 International Conference on Plutonium in Omiya. 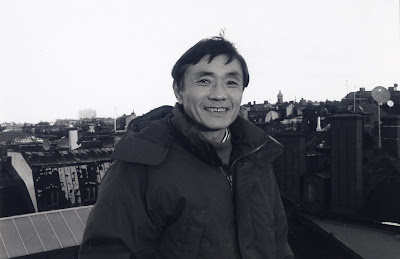 The two saw similarities in France's and Japan's treatment of nuclear power; they began work together on the issues of waste and plutonium shipments between the two countries:

With Japan and France hosting the two remaining large-scale interests in plutonium use, and MOX (uranium-plutonium mixed oxide fuel) being the only use for plutonium outside fast breeder reactors (FBRs), Schneider started work with Takagi on a two-year intensive international research project on 'A Comprehensive Social Impact Assessment of MOX in Light Water Reactors', which was realeased in November 1997. In December 1997, France shut down its Superphénix FBR. In Japan, after several accidents and scandals, public confidence in the industry decreased dramatically.

Takagi, a nuclear chemist, created the Tokyo-based non-profit Citizen's Nuclear Information Center (CNIC) after working for several years working in the nuclear industry. Directing CNIC until his death in 2000, Takagi reported findings in CNIC publications including SNIC Monthly in Japanese and the bimonthly Nuke Info Tokyo in English. He was a pioneer in peace ecology––perceiving the intersections between environmental, human rights, and peace issues. He spearheaded international cooperation between NGOs addressing nuclear energy and worked to out the truth about the extent of Chernobyl's radiation-caused cancers:


Takagi and CNIC concentrated since 1988 on the Japanese plutonium programme. Takagi organised the International Conference on Plutonium (1991), the Asia-Pacific Forum on Sea Shipments of Japanese Plutonium (1992) and the Aomori International Symposium on Japanese Plutonium (1994) and produced the proposal for a Moratorium on Japan's Plutonium Utilisation Programme. These activities contributed to the recent scale-down of Japan's plutonium programme. Takagi also helped other Asian NGOs to obtain correct scientific information on the risks and environmental implications of nuclear energy.

Following the IAEA 1991 report that claimed "radiation from the Chernobyl accident had almost no effect on the local population", Takagi produced a paper estimating that 100,000-200,000 extra cancers in former USSR countries are a result of this accident. To follow up, CNIC was co-organiser, with the Belarus Academy of Sciences and a number of Japanese scientists, of the 1994 Belarus-Japan Symposium 'Acute and Late Consequences of Nuclear Catastrophes: Hiroshima, Nagasaki and Chernobyl'.

In 1995, media turned to Takagi and the CNIC as a reliable source of information after a nuclear accident at a prototype fast-breeder reactor at Monju in western Japan where authorities attempted a cover-up.

Local residents filed a lawsuit against the government: asking for the nullification of the original permission to build the reactor at Monju. In 2003, they prevailed at the level of Kanazawa branch of the Nagoya High court (the first Japanese public victory in a lawsuit concerning a nuclear reactor). The court reasoned the safety screening of a government agency before the reactor's construction was inadequate. However, in 2005, the Japanese Supreme Court reversed this ruling. Despite continued local resident opposition, the Japanese government wants to reopen the Monju experimental breeder reactor in 2010.

The worst nuclear (criticality) accident in Japan took place in 1999 at the Tokai waste disposal facility, followed by another attempted cover-up, and then a MITI-imposed moratorium on fast-breeder development. Public confidence in nuclear energy plummeted as costs of reprocessing escalated--putting the brakes on nuclear energy development in Japan. The Tokai nuclear power plant remains decommissioned and is scheduled to be dismantled.

In March 2009, the Kashiwazaki-Kariwa power station (the world's biggest) was shut down by fire (its eighth) since closure almost two years ago by an earthquake.