Destroying & Saving Other Species (and Ourselves)

In Alice Walker's book, The Color Purple, the protagonist tells her oppressor: "Everything you do to me, you do to yourself." For decades, ecologists have been telling us the human destruction of the natural world harms us as well.

An article in the Guardian yesterday puts hunting and loss of habitat at the top of a range of human-made threats to biodiversity––numbering endangered species by country:


...The data below shows that 11,686 species were classed as "endangered" in 2006. Of these, the US hosts the lion's share with 10% in that country. Just over 6% of the total species are in Brazil, reflecting the pressure that widespread deforestation is causing in the highly biodiverse region.

The tiny island nation of Singapore has a large number of threatened animals considering its size. Its 100 endangered species works out at over 20 per million people present on the island (compared with less than 4 per million in the United States...

Incredibly, the global consumption of frog's legs has put frogs at risk of extinction. The French eat 4,000 tons annually. People in Indonesia, Thailand, Vietnam, and China also eat tremendous numbers. Most of these frogs are hunted in the wild:


"...Amphibians are the most threatened animal group; about one third of all amphibian species are now listed as threatened, against 23% of mammals and 12% of birds," says Corey Bradshaw, an associate professor at the Environment Institute of the University of Adelaide and a member of the team that carried out the research into human frog consumption that was published earlier this year in the journal Conservation Biology. "The principle drivers of extinction, we always assumed, were habitat loss and disease. Human harvesting, we thought, was minor. Then we started digging, and we realised there's this massive global trade that no one really knows much about. It's staggering. So as well as destroying where they live, we're now eating them to death..."

Indonesia is today the world's largest exporter of frogs by far, shipping more than 5,000 tonnes each year. Some of these may be farmed, but not many...

In Asia, the number of officially threatened species are: 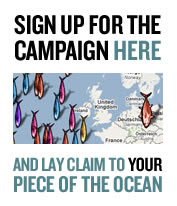 Captive breeding programs are showing some success, according to the article. Japan For Sustainability recently reported on Hokkaido's Maruyama Zoo program to breed stellar sea eagles. The zoo is also breeding the great purple emperor, golden-ringed dragonflies, and Japanese crayfish.

Activist documentaries like The End of the Line (reveals the impact of overfishing; the website provides an online action center) and The Cove (exposes the annual slaughter of 23,000 dolphins at Taiji, Japan) are helping to build a counter-movement to save animals.

The struggle over the destruction and saving of animals is being played out on an increasingly globalized stage. I would never have guessed this, but there's a Japan link in the survival of the polar bear. 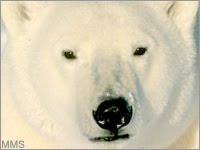 A decreasing number of polar bears (now around 20,000 to 25,000) live in the wild live within five countries: Canada, Denmark (Greenland), Norway, Russian Federation, and the United States. Melting sea ice from global warming threatens their habitat. Some scientists say the complete loss of summer sea ice will result in the demise of polar bears before the end of this century.

Because of grassroots pressure, the United States finally listed the polar bear as a threatened species under its Endangered Species Act in 2008. This ended the importation to the United States of of polar bears killed by American trophy hunters responsible for large-scale commercial killing of polar bears. (American trophy hunting is a bizarre subculture and cottage industry; every year wealthy American hunters kill tens of thousands of wild animals, representing hundreds of different species––including endangered animals––in foreign countries).

Now the focus of activists has turned to the international trade in polar bear parts-skin, fur, claws, skulls and even stuffed bears. Most of the 400 polar bear skins come from Canada and go to Japan.

Beyond Japan, Asian (particularly Chinese) demand has dramatically elevated the rate of poaching of wild African animals: rhino horns are used in traditional Chinese medicine and ivory is used for decorative purposes. In July, Kenyan authorities impounded $1 million worth of rhino horns and elephant tusks. And now activists are trying to halt the killing and export of American black bears intended for the Chinese market in gallbladders and paws (again for consumption).

Some may ask what do animals have to do with the culture of peace. The answer lies in the empathy, compassion, and the kinds of interconnections (life-affirmative or life-destructive) we are all continuously co-creating.