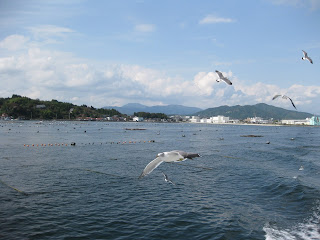 The Pacific Asia Resource Center (PARC) has worked since the 1970’s to promote sustainable development and fair trade in Asia. The Japanese NGO has released their newest DVD, Finding Connections: Sea, Forest and Our Lives, produced to encourage sustainable development and biodiversity conservation in Japan and abroad—particularly in rapidly developing Asian countries.

In the name of "development," humans are destroying ever-increasing swathes of our planet; thus wiping out entire eco-systems which we depend upon for food production and the continuation of life itself. Finding Connections: Sea, Forest and Our Lives features ordinary people who defy this trend living in harmony with nature—often against overwhelming forces. By listening to their experiences, we learn about the intimate interconnections between humans and nature.

Patterns of human relationships with nature reflect values that have changed with time. During the 1960's, Japan’s oceans, rivers, forests and fields underwent major changes as the country attempted to double its national income by exporting industrial products. At this time, productivity and efficiency ruled. Finding Connections: Sea, Forest and Our Lives paints a picture of staggering environmental damage throughout the Japanese archipelago:

• The flows of rivers, which bring rich nutrition from mountains to the sea, were interrupted by dams built to generate electricity, prevent floods, and create reservoirs. The government build the dams meet projected increases of industrial and domestic water demand.

•  Broad-leafed trees, the natural vegetation of the Japanese archipelago, were replaced with conifers in order to meet growing demand for wood, which later began to face fierce competition from imports.

•  Chemical fertilizers and pesticides were introduced to agricultural fields through which rivers and oceans flowed. 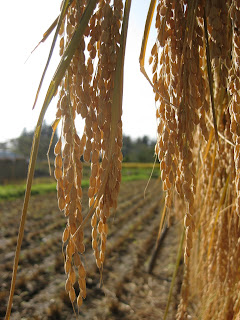 However, ordinary citizens, who dedicated their lives to saving the natural eco-systems that make up their homes and provide their livelihood, made a difference:

Kudoh Kohta (Representative director of Iwaizumi Pure-wood Funiture): “All living things are protected by the environment and the earth...humans are just one of these species.”

Kohta believes that trees must only be used sustainably, taking into consideration the pace of forest regeneration. The furniture artisan runs a furniture work shop that operates on the concept, “Making furniture that last for 300 years with trees that have lived for 300 years.”

Kumagai Hiroyuki (Former Executive Director of the Campaign Coalition Against the Niitsuki Dam): “We’ll never get back those 27 years. We spent blood and sweat, but now we have peace of mind. We preserved the foundation of our livelihoods.”

Kumagai led the campaign coalition against a local dam project for almost three decades; engaged in relentless civil research and promotion until the project was finally frozen in 1997. He was elected as a local city council member.

Hatakeyama, a fisher, planted broad-leaf trees along upstream mountains along a river slated for a dam project, to let people know that rivers are vital sources of nutrition for the blessings of the ocean. His movement, named “The Forest Is the Sweetheart of the Sea,” gathered widespread attention.

Ohno Kazutoshi (President of Funabashi City Fishery Cooperative): “Rivers flowing into Tokyo Bay were once full of aquatic species. Tokyo Bay and its tidal flats were also habitats for various marine species. But human beings destroyed these habitats. They didn’t do so on purpose, but out of ignorance.”

Ohno lived on Tokyo Bay for over 60 years carrying out his family’s fishing business. Its tradition may be traced back to the 17th century. He contributed to the conservation of Sanbanze, an 1800-hectare tidal flat remaining in Tokyo Bay. The fisher emphasizes its importance for the fishery.

Onodera Hiroshi: “With wet rice paddies, you can harvest a certain amount of rice without fertilizer, since the water from forests is rich in nutrients.”

Onodera, a farmer living upstream of the basin, joined “The Forest Is the Sweetheart of the Sea” movement, thereby becoming inspired to stop raising broiler chickens and become an organic farmer.

With natural resources rapidly disappearing throughout the world, we believe the Japanese experience can help us reconsider the concept of “development” itself—helping us to relearn what we’ve lost. It is our hope that more people will make the choice to return to natural, sustainable lifestyles.

PARC would be very happy to provide sample DVDs upon request. 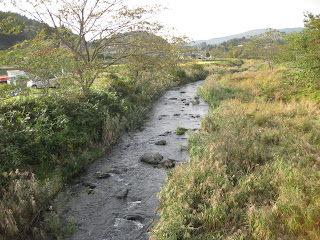 Chapter 1: Nature Changed by People
Humans and Nature in the Modern Era / Reclaimed Tidal Wetlands and the Impoverished Sea

Chapter 3: The Roles of the Forests and Rivers
The Soil and Water Holding Capacity of Mountains / Proliferating Dams / Connecting the Mountains and the Sea / Awareness Changed Reality / Harnessing Nature in the Mountains