Aquarium plans to take a bite out of Umekoji park - Demonstration in Kyoto, July 15 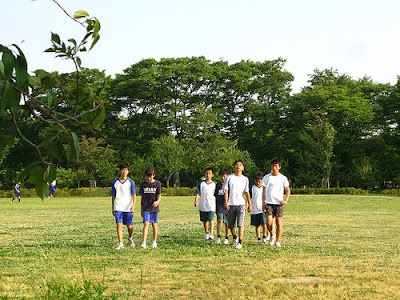 On July 15, Kyoto City residents will take to the streets to raise awareness about the planned construction of an aquarium in Umekoji Park.

Should construction proceed as planned, this "aquarium," which is more like an glamorized swimming pool, would doom the animals trapped inside to a shorter life-span, and encourage children to embrace a culture of dominance over animals (and others) rather than one of symbiosis and respect.

Thank you Michael Lambe for bringing this to our attention:

Earlier this month (June), despite a strong public outcry from local residents, Kyoto City gave the real estate company Orix permission to build an aquarium on our popular local park.

I think I may have given the impression in my previous post that they were going to build over the entire park. They aren't, but they are going to take a big bite out of it as you can see from the plans below (the planned construction area is shaded in grey at the top of the picture).

Orix has defended the aquarium on the grounds that the facilities will be a chance to use "edutainment" to teach children about nature, the environment, and give them a chance to come into contact with wild animals they would not normally see.

I think it's obvious that a large inland concrete structure filled with fish, penguins and deeply depressed dolphins is about as far away from natural as you can get. Many of the animals will undoubtedly have much shorter lifespans as a result of being kept in captivity. The planned dolphin show is also deeply objectionable, teaching children as it does that it's ok to treat wild animals as if they are toys that exist for our own entertainment. It has also been pointed out that the structure itself will produce vast quantities of CO2.

But above all, destroying much loved green space in favour of an artificial environment and then claiming that this action is environmental is just mind-boggling nonsense!

For more information or to find out about how you can get involved, check out these groups: Thinking for the Future: Umekoji Park/Kyoto Aquarium (Japanese), the Institute of Biodiversity in Japan (Japanese)

OR visit Michael's original post (English) which provides information about the demonstration and ideas on how to bring the international spotlight on the construction plans intended to demolition Kyoto's heritage and abuse animal rights for the sake of "edutainment." 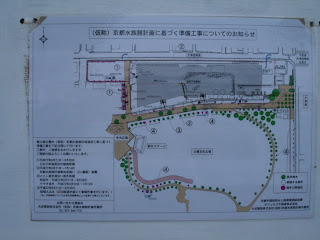