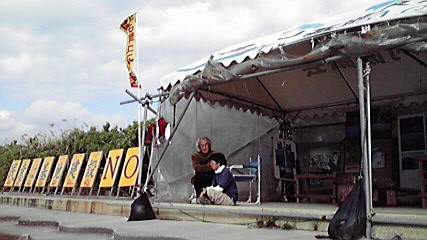 Community activists in Henoko, Okinawa keep watch—as they have since 1996

One week after the country's worst natural disaster in a hundred years, the Japanese government has not been able to resolve a long-predicted nuclear catastrophe. Millions of people are living without running water or power in temperatures that fall below freezing at night. Half a million homes are without power in Tohoku and 2.5 million have no access to water. Food is critically short and bottled water is running low in many cities. Gasoline is scarce and homes are running out of kerosene to power heaters.

Yet, Tokyo is still using monetary and military construction labor resources to forcibly build a U.S. mega-base at Henoko, an environmentally sensitive coastal area in northern Okinawa, despite the prefecture's unanimous democratic opposition. The base's ostensible purpose to protect Japan from an attack from North Korea. However the long-feared nuclear attack on Japan has already come—accidentally, but predictably from within. The nuclear plant failure and resulting radioactiive fallout has affected Japan with the force of a perpetual dirty bomb.

30 U.S. military bases already exist on 20 percent of Okinawa. For 16 years, Okinawans and global environmentalists have protested the planned base in this biologically rich area.

Construction in Henoko began the morning after U.S. Marine amphibious tanks disembarked on the beach in the middle of the night on Jan. 27 of this year. Since the disaster, construction has intensified as the media and Japanese NGOs that were supporting Okinawan resistance have, understandably, turned their attention to natural disaster survivors and the nuclear crisis. 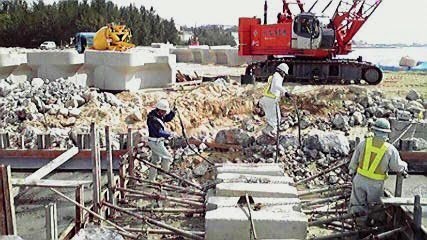 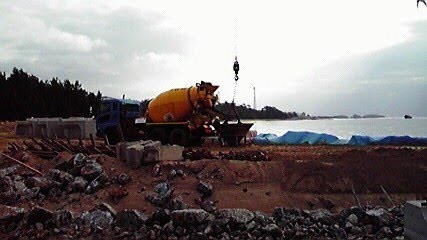 March 16 - Henoko blog: "Even today (after the earthquake and tsunami), the construction continues..From morning throughout the day, we hear the sound of machine guns — training for killing — echo over the village, across the fishery and bay..." 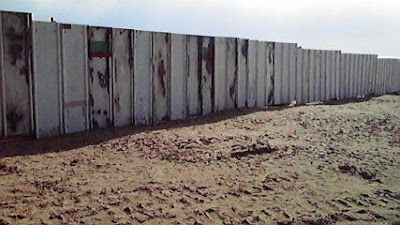 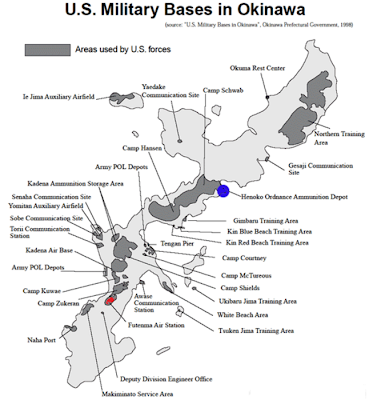 Posted by TenThousandThings at 12:38 AM
Email ThisBlogThis!Share to TwitterShare to FacebookShare to Pinterest
Labels: 3/11, biodiversity, Fukushima, Okinawa