Grassroots Asians part of interconnected worldwide coal-free movement: Coal is not the answer for post-3.11 Japan 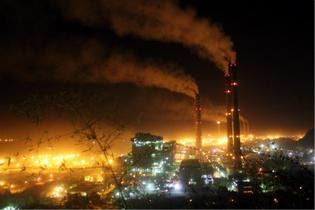 China's example demonstrates that coal is not an answer to energy production. (Image: Sierra Club) 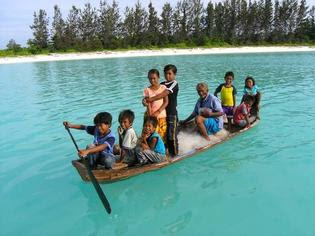 Congratulations to locals in Sabah, Malaysia and their global supporters in prevailing against a coal company
that wanted to destroy this beautiful coast! (Image: Sierra Club)


Last month scientists reported that Pacific marine life passed into the Atlantic Ocean for the first time in thousands of years because global warming has melted ice cover in the Arctic. This month we've seen a flurry of news stories stating China's coal burning has "halted" global warming. Responsible media outlets like Reuters and Discover qualified the finding with pronouncements from climate change scientists who stressed that, over the long term, sulfur dioxide emissions from coal would increase global warming. Anyone who has been to China (or the Appalachian region of the United States) already knows coal is not an answer to energy production. The coal industry is as destructive as the oil and nuclear energy industries: causing permanent ruin of entire eco-systems and communities worldwide.

Even before 3.11, Japanese electricity producers were, together, the world's #1 coal importer and had planned or had under construction several new major coal-fired power stations in Japan:


Tepco previously said it expected two new coal-fired units to start operations in late 2013—a 1 GW plant at Hitachinaka and the 600 MW Hiromo No. 6 unit northeast of Tokyo, and J-Power has several plans for new coal-fired generating stations.

In past years, Japanese energy companies clashed with the Environment Ministry over emissions. Coal energy concerns now are using the Fukushima catastrophe to push through previously rejected projects and pursue growth. Owners of a mine project (20% owned by Japanese; 20% owned by South Koreans) in Vancouver, British Columbia want to produce coal for export to Asia over the objections of local residents. Itochu, a Japanese trading group, paid US$1.52 billion to acquire a 20% stake in Drummond International’s Colombian coal mining operation. The agreement gives Itochu “rights” to sell Colombian coal in Japan. The conglomerate, a major uranium supplier, used to buy most of its coal from Australian companies and has investments in Canada, Indonesia, and China. Two days ago, Mitsui bought a 49% share of Australia's Cockatoo coal project.

In Asia (and elsewhere), coal companies have seized farm land and destroyed villages, rendering entire populations homeless. The Sierra Club details this pattern of destruction, attempted destruction, and local resistance by rural people who want to save their ancestral homes and natural environments in "Down With Coal! The Grassroots Anti-Coal Movement Goes Global":


While China struggles with the enormity of the pollution burden from its world-leading annual coal consumption, it is not the only hotbed of future coal-plant construction. Activists in India, for example, report that regulators gave the green light to at least 173 coal projects during 2010 -- nearly one plant every other day. In Southeast Asia, large Chinese utilities such as China Huadian are setting up shop to finance and build a slew of new coal plants. Meanwhile, new coal mines are being proposed in Australia and Indonesia, overwhelmingly for export sales. Countries from Mozambique to Mongolia, which have had little domestic need for coal, are now being hyped as the next big players in the global coal rush. (Photo: A 2,000-MW coal plant in Madhya Pradesh, India.)

In the fertile farming areas that support large rural populations in much of Asia, the new coal boom spells civil conflict, as fields are seized, villages are ordered to pack up and leave, and communities resist. For the U.S. coal movement, the 2,500 people who turned out to protest the Capitol Power Plant was a large number. In India or Bangladesh, marches and demonstrations of more than 10,000 people are not uncommon.

The dominant international narrative focuses on the need to build large numbers of new coal plants across the developing world to spur economic progress. However, the assertion that development can only be achieved through a massive expansion of coal use is being met with increasingly fierce resistance by those asked to bear the most toxic and destructive burdens of this expansion: the people living next to coal projects.

Local populations are resisting private and public-sector pressure to dramatically expand coal-fired power because these projects are not intended for their benefit. While local people face displacement and the destruction of their livelihoods, electricity is often exported to urban centers. Communities are calling for a more sustainable model of energy development that prioritizes access to energy services for all, environmental sustainability, and human health. Their efforts to halt coal-plant construction have placed them front and center in the struggle over energy and development in the 21st century.

In the past, most communities struggling to take on ill-conceived projects have done so largely on their own, but that's starting to change. International coalitions are beginning to develop to bring publicity and support to front-line efforts. Here are a dozen places around the world where people are uniting to halt coal projects, increasingly with international support.

In April, 1,500 people convened on a beach in Malaysia to savor a victory that had been judged impossible just two years earlier: the defeat of a 300-MW coal plant in the Malaysian state of Sabah, located on the northeast side of the island of Borneo. Celebrations were also underway 7,500 miles away, in California, among a group of activists who had helped draw international publicity to the issue -- including a Time magazine article entitled "A Coal Plant in Paradise."

Bangladesh's high population density (more than 164 million people in a country the size of Iowa) and rich agricultural land make coal mining a destructive proposition. In the township of Phulbari, as many as 220,000 people would be displaced by a proposed 15-million-ton-per-year coal mine and a 500-MW coal plant. Community opposition reached a crescendo in 2006, when paramilitary forces fired on a protest rally of as many as 70,000 people, killing three people and injuring 200. In the wake of these deaths, nationwide protests and strikes closed down the country for four days... During recent demonstrations, the Bangladeshi government has deployed its Rapid Action Battalion, notorious for torture and for the deaths of persons in its custody. The repression has failed.

This coastal state of eastern India is experiencing a coal-plant construction boom, including the 4,000-MW Krishnapatnam Ultra Mega Power Project, one of nine such massive projects in planning or under construction across the country...The 2,640-MW Sompeta plant proposed by Nagarjuna Construction Company and the 2,640-MW Bhavanapadu plant proposed by East Coast Energy have both provoked large nonviolent protests that have ended in police attacks, including four deaths of local residents. Following coverage of the police action on Indian television, investigations revealed a pattern of "crony capitalism" among the permitting agencies and corporate sponsors. As of May 2011, the Sompeta plant had been cancelled and the Bhavanapadu plant had been placed on hold by officials, with corruption investigations continuing...

In Dawei, on the beautiful southern peninsula coast of Burma, Italian-Thai Development Plc signed a deal in Nov. 2010 to build a 4,000-to-6,000-MW coal plant, the largest in Southeast Asia and possibly the world. Within weeks of the signing, 19 villages had received orders to move. Dawei is 10 miles from Maungmagan, a scenic beach and rich fishing district...

• Nakhon Si Thammarat Province, Thailand - On Feb. 24, 2011, 10,000 people formed a human chain in this province in Thailand to protest a coal-fired power plant planned by Electricity Generating Authority of Thailand...

Home to 112 million people, this state in western India is building a concentration of large coal plants on a tiny sliver of land south of Mumbai known as the Konkan Coast (dubbed "the California of Maharashtra")...Concerned by the pollution and displacement entailed by the massive proposals, farmers have targeted some of the largest projects. One of these is the 4,000-MW Girye Ultra Mega Power Project, which prompted mango farmers and others to stage marches, hunger strikes, and other nonviolent actions. They successfully forced the project to seek a new location [PDF] as protests barred the government from acquiring the needed land.

In this state on the eastern coast of India, the scale of coal-plant development is staggering... In March, activists from across India converged on Orissa for a national conclave to plan a response to the coal boom, as well as the related issues of energy use and climate change. The mobilization includes the National Alliance for People's Movements, Focus Odisha, and numerous other groups.

Since 1977, when the World Bank financed the first coal-fired plant in the region, the Singrauli district of this state in central India has been notorious for roughshod development and population displacement. Now more massive coal plants are being built or planned... The concentration of power generation in an agricultural area has left local communities reeling. The Sasan Ultra Mega Power Project, for example, has displaced 6,000 people. One man is benefiting: Mukesh Ambani, the controlling owner of India-based Reliance Power, whose reported net worth of $27 billion makes him one of the world's five richest individuals.

On a tonnage basis, Australia already leads the world in coal exports, and that lead may widen significantly if several massive mines are allowed to move forward in the eastern coal-mining states of Queensland and New South Wales... Farmers and ranchers are fighting back with a concerted effort to protect rich agricultural lands and precious water resources from mining operations...

While the low-quality coal in this state in southeastern Australia is not suitable for export, it provides 91 percent of the fuel used for power generation in Victoria itself...

One of the oldest examples of citizens working across national boundaries on coal issues is the coalition of human rights and labor organizations that has brought attention to the massive mines in Colombia, such as the 35-by-5-mile Cerrejón coal mine, operated by Cerrejón Coal Company, and the mines operated by Drummond. The expansion of these mines has been marked by paramilitary violence, high numbers of deaths in mining accidents, and displacement of entire communities, including Tabaco, a 700-person Afro-Colombian village that was razed in 2001. Witness for Peace has brought members of Kentuckians for the Commonwealth to visit the mines, as well as people who live near the Salem Power Station in Massachusetts, which uses coal from Colombia.

In the Philippines, grassroots protests against new coal plants and open-pit coal mining have taken place across the country...At a separate demonstration, students at Mindanao State University dressed as Na'vi from the film Avatar marched on the fenced property of the proposed plant site...


As grassroots resistance grows in countries around the globe, a nascent, interconnected, worldwide anti-coal movement is emerging. In an increasingly globalized world, local campaigns can quickly reach a global audience and tap into previously unimagined support networks. While the participants in this new movement are diverse, some of the patterns are becoming clear: sustained and passionate grassroots activism is challenging the idea that fossil fuels are the only option. Many governments have backtracked or shelved plans in response to political pressure or legal actions. Some banks, investors, and even energy companies are growing increasingly wary of further supporting coal.

But it's still too early to write the obituary for King Coal. The industry is now attempting to wrap itself in the cloak of "development," justifying dirty energy projects in the name of providing energy access for some of the world's most economically poor countries. While many coal projects have encountered strong opposition, too many others are proceeding without challenge.

...Like tobacco, coal insinuated its way into our lives delivering a cheap, short-term energy high, but leaving a bitter long-term aftertaste -- in the case of coal, ruined rivers and lands, lives wrecked and cut short, abandoned communities, and an increasingly polluted and potentially unlivable atmosphere.

We need clean energy alternatives, not the continuation of dirty energy that destroys people's health, livelihoods, and resources. Will you join the growing global movement to move away from coal? 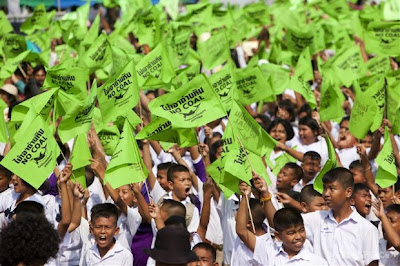