Haruki Marukami: As An Unrealistic Dreamer 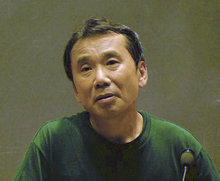 World-renowned Japanese author Haruki Marukami was recently named the winner of the 2011 Premi Internacional Catalunya, whose judges praised him as having "built a literary bridge between east and west, bringing the two worlds together."

During Murakami's acceptance speech, delivered on June 9th in Barcelona, he first thanked the committee for the prestigious award, and memorialized the victims of the recent earthquake and tsunami disaster in Japan. Turning subsequently toward the matter of the ongoing nuclear crisis that followed, he powerfully and poignantly lamented the social values that allowed the Fukushima tragedy to occur:


Sixty-six years after the nuclear bombings, the Fukushima Dai-ichi nuclear reactors have now been spreading radioactivity for three months, contaminating the soil, the ocean and the air around them. No one knows how and when we can stop this. This is the second source of devastation caused by nuclear power in Japan, but this time nobody dropped an atomic bomb. We, the Japanese people, paved our own way for this tragedy, making grave errors and contributing to the destruction of our own lands and lives.

Why did this occur? What happened to our rejection of nuclear power after World War II? What was it that corrupted our goal of a peaceful and prosperous society, which we had been pursuing so diligently?

The electrical power companies insisted that nuclear plants offered an efficient power generation system. In other words, it was a system from which they could derive profit. For its part, the Japanese government doubted the stability of petroleum supplies, particularly since the oil crisis, and promoted nuclear power generation as national policy. The electrical power companies spent huge amounts of money on advertisements, thereby bribing the media to indoctrinate the Japanese people with the illusion that nuclear power generation was completely safe.

Before we knew it, 30 percent of electricity generation was being supplied by nuclear power. Japan, a small island nation frequently struck by earthquakes, thus became the third leading nuclear power-generating country, without the Japanese people even realizing what was happening.

We had gone beyond the point of no return. The deed was done. Those who doubted nuclear power generation were now asked the intimidating question, “Would you be in favour of power shortages?” Japanese people had come to believe that reliance on nuclear power was inevitable. Living without air conditioning during a hot and humid Japanese summer is almost akin to torture. Consequently, those who harbour doubts about nuclear power generation came to be labelled as “unrealistic dreamers”.

And so we arrived where we are today. Nuclear power plants, which were supposed to be efficient, instead offer us a vision of hell. This is the reality.

The so-called “reality” that has been proclaimed by those who promote nuclear power, however, isn’t reality at all. It is nothing more than superficial “convenience”, which their flawed logic confused with reality itself.

This situation marked the collapse of the myth regarding Japan’s technological prowess, of which the Japanese people had been so proud. In addition, allowing this distorted logic represented the defeat of existing Japanese ethics and values. We now blame the electrical companies and Japanese government, which is right and necessary. At the same time however, we must also point the finger at ourselves. We are at once victims and perpetrators, and we must consider this fact seriously. If we fail to do so, we will make the same mistake again.

“Let all the souls here rest in peace, for we shall not repeat the evil.”

We must take these words to our hearts.

Murakami's speech has been translated into English, Romanian, German, French, and Italian (with a Portuguese translation forthcoming shortly) through a collaborative project organized by the members of a Paris-based project known as Senrinomichi, which has been working to provide material, financial, and human assistance to those affected by the March 11th disaster.

Kevin, the Senrinomichi organizer who spearheaded the translation project (which is titled Planting Seeds Together, from the closing idea within Murakami's speech), explained the background to the initiative:


Since hearing the news about Murakami san’s Catalunya Prize speech in Barcelona on Friday, I had tried long and hard to find an English translation. For several days the search proved fruitless, and increasingly frustrating. All I could find were brief extracts, which merely increased my appetite rather than assuaging it. It was like offering a thirsty man vinegar, or inviting a music lover to listen to the final chorus from Bach’s St Matthew’s Passion and then saying there was no need to listen to the previous three hours.

What surprised me was how many people who don’t speak Japanese came forward to take favourable or unfavourable positions on the speech, on the basis of these very same selected media sound bites. Since March 11, I have learned to be distrustful of media reporting in a way that I never felt before. Bread and circuses, all efficiently packaged….

On Tuesday, I finally found the first translation, written by a self-styled ordinary salary man in Japan. I drank in those words, like a long cold beer after lashings of vinegar, posted the translation to Senrinomichi and went to sleep. But the following day the words kept coming back to me, and I understood that I had myself now to contribute to this translation, even if I did not understand the words of Murakami san’s text in Japanese. Let’s call it an interpretation of the translation. At other times this could seem perverse, but not now. Now this seems like the right thing, the only thing to do. How could it be otherwise? At such moments, life seems so simple.

In adding my grain of sand to the translation, something strange and unexpected happened. Drifting amid the words, the silences and interstices of the text, I began to make better sense of the whirlwind of thoughts and ideas that have been racing around in my head since March 11. Thoughts about Japan, the ephemeral, the notion of chance, the nuclear question, about what can each of us can do to help, thoughts that had initially led to the creation of this blog and subsequently provided its backdrop. In taking the time to think carefully about each of the words in the translation, and in listening to each of the pauses between the words – which seem to me no less important in Murakami san’s speech – I came to understand more clearly the recent Brownian motion of my own mind.

In this sense, perhaps I can say that I dreamed, and that I shared my story at least with myself, but also with anyone who is taking the trouble to read this.

I love and am occasionally afraid of the power of words, though unlike Murakami san I am not a writer. I am an ordinary salary man in Paris, who feels a kinship with my friend, the ordinary salary man in Tokyo, who I understand also loves words. It was from such kinship that Senrinomichi was born, even though I didn’t know that particular ordinary salary man before yesterday when, to borrow his image (again), a small, but very happy storm was unleashed on both our houses…

Translation is the work of a single person. Murakami san’s novels are assigned to a single translator per language, which explains why the non Japanese-speaking readers have to wait so long for translations to appear. Translation is a complex process, a lonely process, an enriching process, a creation in its own right. Words are powerful, they must be treated with respect, not hurried, not abused or treated “inconveniently”.

But at this time I keep thinking about the words, the ideas from the Barcelona speech. These words that should be heard and be published, not as media sound bites but in their entirety, not as part of a subsequent Murakami Collected Works, but here, now, everywhere.

In the absence of an official translation, but also inspired by the spirit of Murakami san’s speech, I would therefore like to propose something quite different, quite singular. That we – Japanese and other nationalities – work together to produce collaborative translations of the Barcelona speech, in English but also in other languages. And that we then communicate this to the traditional international mass media and internet sites in our different countries, which to date seem to have let us down with their reporting of this speech. In doing so, in our own way we take up the exhortation of Murakami Haruki, to go out together into the fields, to cultivate and sow seeds.

Together we would work like the workshop students of the great Renaissance artists, as cheerful artisans.

Finally, I cannot help but find resonance with the name we chose for our site, Senrinomichi,千里の道– the journey of a thousand miles begins with a single step.

Serendipity is everywhere just now. The very moment I completed my interpretation of the translation, the feed to Senriomichi was published on Haruki Murakami’s Facebook page. Am I dreaming this?

Perhaps this is all madness, perhaps translations are already envisaged, perhaps I need to sleep. Perhaps, perhaps perhaps… but just now all of this seems so obvious.

…“Everyone doing what they can do, all hearts together”

The full text of Murakami's speech in English may be read here.

Anyone interested in contributing to the collaborative translation project with additional languages is asked to please contact Senrinomichi via the group's Facebook page, or by e-mail at senrinomichi23@gmail.com. 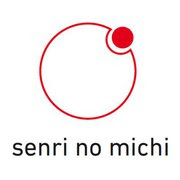