Performing Artists and Supporters Unite to Save Orchestral Music in Japan 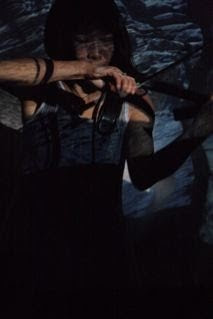 The power of music to heal, inspire and uplift is undisputed. Every genre of music has its own unique strengths and attributes, bringing a sense of richness to daily life for many in a way that few other pursuits can parallel.

Within the grim economic times we are now facing, however, programs focusing on music and the arts are often the first to face the budgetary axe. This is particularly the case when music is regarded as a luxury that may be done without, rather than as an integral element of healthy, thriving cultures.

In Japan, the ruling Democratic Party has introduced legislation that is poised to do away with nearly the entire package of government funding that now serves as the backbone for orchestral music programs throughout the country. In response, the community of orchestral musicians and fans has mobilized to encourage supporters to e-mail the government asking for reconsideration of the proposal.

I received information about this effort from violinist Aska Kaneko, a Tokyo and midwestern U.S.-based acoustic and electric violinist who performs around the world as a soloist and in collaboration with numerous artists. Her ethereal style, technical brilliance, and clearly spiritual influences have mesmerized me during live performances on many occasions. A genre-defying performer whose roots are in classical and orchestral music, Aska is therefore one example of a talent that may never have been born were it not for the existence of orchestral music as a genre in her native Japan. (Several videos of Aska performing with the Argentinian/Japanese jazz ensemble Gaia Cuatro may be seen on the group's website here.)

I am translating the text of the circulated e-mail below in the spirit of encouraging solidarity amongst common struggles.

The Democratic Party, in its redistribution of current projects, appears likely to either cancel or drastically reduce funding for orchestral music and all pursuant activities beginning next fiscal year.

This will result in the nationwide cancellation of nearly all concerts scheduled for next year, as well as the abolishing of orchestra-related projects such as workshops for children.

The most disturbing result of the proposed action is that almost all orchestras in Japan would effectively be shut down altogether. In reality, professional orchestras and wind symphonies in Japan are now only able to survive because of the support that they receive from the government and corporations--and even then, it is a tight squeeze. These are not showy affairs; they are simple productions that have been put together on a small budget, and thanks to the hard work of many committed individuals.

If government funding is reduced and orchestral projects subsequently canceled, entire orchestras will be forced to fold and many individuals will immediately lose their jobs. Realistically, only two orchestras would survive throughout the entire country. Moreover, those who stand to lose their livelihoods are not only orchestral conductors and musicians: also threatened are management staff, administrators, and eventually the staff of the music halls that would inevitably incur deficit balances once orchestras stopped performing.

When one sector goes into decline, other areas are automatically influenced as well. There exists a real danger, therefore, that the arts as a whole stands to be erased in Japan altogether. As a result, several committed individuals are now working extremely hard in order to ensure the protection of this cultural sphere.

We would like to ask for your understanding and support in regard to our efforts. Specifically, we are asking that e-mails be sent to the Agency for Cultural Affairs. We appreciate your taking time from your busy schedule in order to support this effort, which seeks to help politicians, program administrators, government officials, and others understand the importance of music and the arts.

While this sector may not be economically profitable—and its benefits not immediately apparent—it is something that we believe is necessary for our lives.

Please keep us posted on this.

The Japanese government already underfunded public orchestras, even during the Bubble period when money was flush.

To completely do away all public orchestral music in Japan is unthinkable.