Biodiversity and COP10: Spotlight on Brazil's Amazon Rainforest and the Council of Thirteen Indigenous Grandmothers


With all eyes presently on the issue of biodiversity as the COP10 conference unfolds in Nagoya, one interesting and yet widely unknown angle to this issue is the connection between the endangered brazilwood tree in Brazil’s rainforest—and the future of classical music as we know it.

This critical problem is explored in depth in the beautifully made documentary film A Arvore da Musica (The Music Tree), which is currently screening in Japan at the 6th Festival Cinema Brasil. From the festival website:


Found only in the remnants of Brazil's devastated Atlantic Rainforest, Brazilwood (known abroad as “Pernambuco’s wood”) is vital in the manufacture of fine violin, cello and viola bows. Ever since the time Mozart was composing his masterpieces, 250 years ago, when it was first introduced, luthiers and musicians from all around the world haven’t discovered a wood of comparable quality that could replace the Brazilian one. From the search for the wood in the forests of Brazil, to their use by the world’s greatest symphony orchestras, the film explores a path to saving the trees and the music that depends on it.

The film festival finished in Tokyo on October 15th, and is presently screening in Osaka until October 22nd. It will run in Hamamatsu from October 23rd - 29th, and Kyoto from November 13th – 19th.

The festival also includes many other interesting films in its lineup, such as an excellent documentary on the history of music and the spoken word in Brazil, and another on the cultural relevance of the national passion for football. For full festival details, visit the trilingual official website. A 2009 interview with festival director Edison Mineki regarding cinematic history in Brazil in the context of the country’s turbulent political trends of recent decades may also be read at a previous blog post here.

For more on the Brazilian Amazon rainforest and all of its living brilliance, the collection of online articles from the Kyoto Journal Biodiversity issue includes this gorgeous piece written by shaman (and Amazon resident) Clara Shinobu Iura, a Nikkei Brazilian who is a member of the International Council of Thirten Indigenous Grandmothers. A synopsis of a talk that she gave earlier this year regarding the grandmother's project and their film, For the Next Seven Generations, during a peace and music event at Yoyogi Park may be read at this previous blog post. 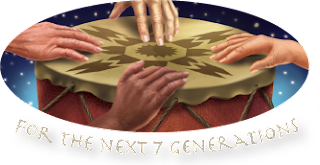 The grandmothers are presently in Nagoya, where they are vocalizing their moving appeal for protecting the world’s biodiversity from their unique perspective as the stewards of indigenous wisdom and traditions. The grandmothers will then travel onward to Amami Oshima from October 22-25 for a weekend of prayer and creating bonds of solidarity with the indigenous peoples of the island, which will be followed by a journey to the atomic grounds of Nagasaki to conduct ceremonies of prayer and healing. Details about the grandmothers’ Japan tour are available here.