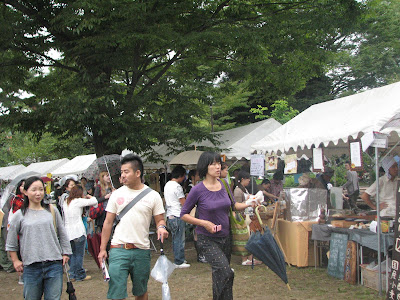 Despite the rain, the annual Kyoto Vegetarian Festival was crowded with participants from all over Japan. Whether it was to buy organic vegetables, stock up on dried beans, buy fairly traded goods, or learn about the vegetarian lifestyle, this entirely vegan festival not only entertained children and adults alike (see photo below), but also encouraged awareness of the connections between environmental issues, animal rights issues and our diets. 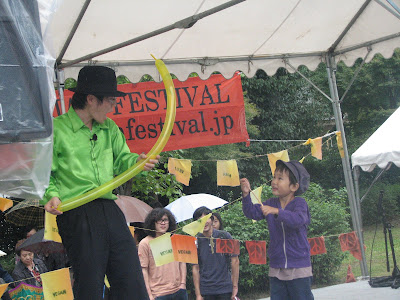 A magician baffles a youngster with his final trick.

One young Kyoto resident said that she wished the festival would be held every weekend, while another jet-lagged traveler from Hawaii stated that she would not dare miss the festival even though it was only her second day in Japan.

To get a glimpse of last year's Vegetarian Festival, click here.

See this previous post for an interview of one of the festival organizers about the inauguration the first ever Vegan Earth Day.