Labor unions and their supporters are criticizing Osaka city officials because they are denying the right to vote to migrant workers, many whom are risking their lives in earthquake and tsunami-stricken Fukushima.

In 2007, Osaka City invalidated the residency cards of 2,088 people in Kamagasaki, a neighborhood housing many homeless people who work as temporary, migrant day laborers. The reason:their addresses were not valid. Their cards were registered with the Kamagasaki Liberation Assembly Hall, Furusato no Ie, and NPO Kamagasaki, all homeless advocacy organizations. Without residency cards, the homeless are unable to vote, obtain driver's licenses and other official documents.

Since 2007, members of the Kamagasaki Seven have worked to lobby Osaka City to revalidate the residency cards of the homeless migrant workers.

In the beginning of April 2011, these homeless and workers’ rights advocates were arrested by Osaka police for "interfering with a public servant in the execution of his/her duties.” Among those arrested include documentary filmmaker Reo Sato. He was apprehended on April 10th outside of polling boxes in Kamagasaki after casting his vote in the local elections. Prior to voting he walked around the neighborhood with other rights advocates encouraging the homeless to cast their votes despite a lack of residency cards.

On the same day as the original arrests, the police also searched 14 different households, including Sato's. Sato was not home at the time. Police confiscated 250 DV tape recordings, including the entirety of the footage he had been taking of the movement to restore residency rights since 2007. 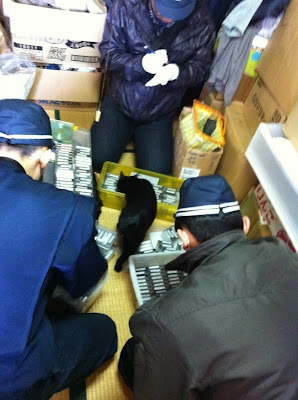 Among the homeless temporary migrant workers affected by the Osaka City decision include 400 laborers from Kamagasaki now working in Tohoku. They face nuclear radiation sickness and endure poor working conditions. 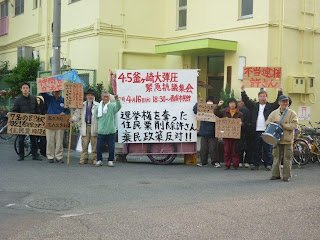 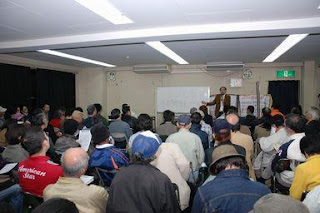