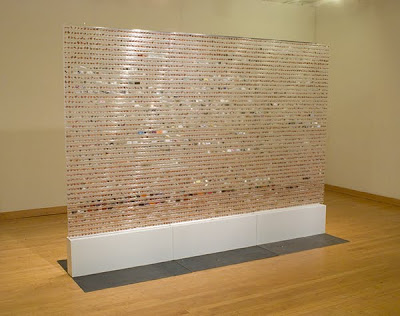 Japanese-born, Philly-based Keiko Miyamori seeks to facilitate and represent connections between people and the natural world via the exchange of tiny objects that make up her "Tsunagu Wall" (Wall of Connection; つなぐ壁). The sculpture is part of her "Tsunagu Series" showing in the Fleischer Wind Challenge Exhibition at the Samuel S. Fleisher Art Memorial in Philadelphia through Nov. 14. 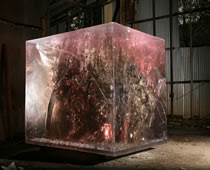 While walking down a street several years ago, the visual artist was drawn to the massive, exposed roots of an oak tree overturned to make way for a new building. Feeling an affinity to all trees (she perceives them as sources of natural and psychic energy)--Miyamori was magnetized by the cast-aside tree that had provided oxygen and shade to countless people over decades. Her connection with the tree deepened as a close-up inspection of the roots revealed how they had absorbed Philadelphia's history over time: little bits of concrete and brick had become a part of the tree itself. Intent on preserving and memorializing what was left of the tree, Miyamori salvaged the root and transformed it into a work of art: "City Root."

This fascination with the tree root morphed into the Tsunagu Wall. In exchange for a small object, participants receive a piece of brick or glass she "harvested" from the tree root--in a tiny, signed case. Miyamori created the "wall"--from small items given to her from all over the globe--to invert the notion that walls only divide. Her "wall" brings people worldwide together. via the wall which now contains over 4,000 items (city debris found on the street, a token from home, a shell from the beach, or just lint from a coat pocket). Miyamori considers them her collaborators ( from Asia, Europe, North America, Africa, and the Middle East) in the work: "Each object's beauty comes from the way it forms a connection with the other objects and people who sent them."

The objects themselves are not the focal point. Instead, the creation of a visible web of connections that represents the infinite connections between people and nature across the planet is the primary purpose: "The Tsunagu-Wall is more than a physical wall that can be viewed in an exhibition space, rather, it occupies the entire space through which her collaborators are connected by the exchange of small objects and found debris." 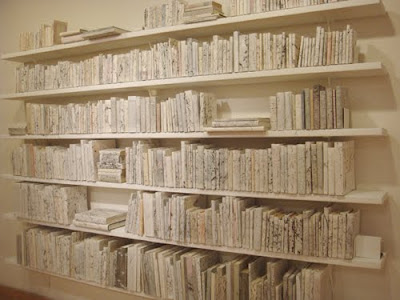 The second part of her series,“Tsunagu-Books”（つなぐ本) mirrors the concept of “Tsunagu-Wall." The artist covered 600 books (spanning generations, nationalities and borders) with the cover made from a rubbing of the bark of one of 600 trees. The books represents meetings between different languages, beliefs, thoughts and feelings. After the exhibition is over, the books will be returned to their owners, with Keiko’s bark-rubbing cover.

In symbology, the tree denotes the whole of manifestation: the synthesis of heaven, earth, and water--joining the three worlds and making communication between them possible. Likewise, for Miyamori, her beloved Philadelphia oak tree root represents the connecting forces of the universe. So the symbolic center of her series is the “Tsunagu-Root” (つなぐ根), a multi-media sculpture created from washi collage with various tree rubbing that connects with a small root in a square sculpture. It tells the story of the tree root the artist could not forget: "The content of "Tsunagu-Root" comes from inside the root and connects the root, the neighborhood, and everywhere else." 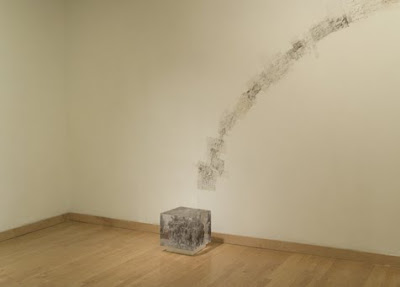 Talking with Miyamori about her life, one can see the sources of her preoccupation with heightening awareness about our interconnections with each other. Without this awareness and the empathy that inevitably follows it, people can be indifferent to nature and other people. The artist's own responsiveness was awakened in an unlikely and powerful series of transformative events. As a college student, she was a veterinarian major who traveled to Africa where she caught malaria, a disease resulting in a return to Japan and a prolonged hospital stay. While in hospital, Miyamori began painting "pleasant" subjects: flowers, animals, forests; and switched her university major to art. While on a Waseda graduate school program, she visited Ping-fang, China.

There, she visited the warehouse by Unit 731, wartime Japan's human experimentation program. "Because this was absent from Japan's education program, I had never been taught about this part of Japanese history, and I had to think deeply about the dark side of human nature. I met a Chinese man at the warehouse who asked me if either my grandfather or father was in Unit 731. And after three days of being alone in the warehouse, the man showed up again and carved the word "Pong-you" onto the wall, and I cried. The word means 'friend,' and I felt the word carved into my being. After returning from China, I couldn't paint 'beautiful' paintings anymore--and I started thinking about how I could make art for beautiful social change. I am hoping to create an experience, a sense of magic and connection, similar to the effect the Chinese man had on me, within both the process and the finished product of my art."

Last year Miyamori traveled to Iraq: "If we connect, we are less likely to have war. It's really nonsense to have a war. I can't change [the political situation], but maybe I can facilitate people developing and sharing a connection."

To reach people who may not visit galleries and museums, the artist exhibits in non-traditional venues--including hospitals, a kindergarten, a demolished forest, and a nature park. The latter venues also reflect a desire to also facilitate connections between people and nature: "I am interested in creating an imaginary space where unity between nature and humanity can exist. I communicate this idea through drawing, painting, installation, using Japanese washi paper as the main or a major component of the project. From my background of learning traditional Japanese painting, practicing the martial art of Kendo, and delving into Asian history, my current work is a combination of these influences distilled through the concept of interconnectedness and I seek to reproduce those moments of true connection between human beings that create a peaceful sense of unity."

In traditional cultures, all arts were communal–– heightening connections between individuals with the familial, social, historical, and ecological fabric of their lives. All people participated in the arts and the co-creation of their societies--blessing the past and generating hopes for the future. With the advent of the division of labor in industrial societies, The concept that people and nature are simply commodities in a machine-like economic system supplanted the ancient view that each person and every thing is a microcosm in the mysterious, interconnected, natural macrocosm. The related notion that only an few people have the ability to be creative gave rise to the melodramatic myth of the "alienated artist" in European, North American and Japanese societies. Tragically, for over a century this myth took on a life of its own as many artists and writers--many in genuine despair over industrialization's commodification of their worlds--lived out and sacrificed themselves to its self-fulfilling prophesies. 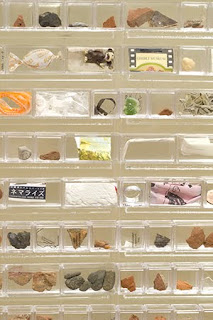 At the same time, some schools of thought––notably the Arts and Crafts and Mingei movements of the late nineteenth and early twentieth centuries––challenged this reductionist notion of humanity and nature. A shared holistic worldview connected affirmative visionaries across the planet--including William Morris in England and Kanjiro Kawai in Japan (who said "We are all one. I am you. The you that only I can see."). They foreshadowed a shift that has burgeoned in recent decades as engaged citizens have joined with artists in a renewal of community arts--an open and creative dialogue resurrecting the traditional worldview's communal framework. Most of these contemporary projects are local; some are global. The Tsunagu Series contributes to and mirrors the infinite web of intersections at both the local and the global.

If you'd like to be a part of the Tsunagu Wall (I exchanged a tiny shell for 2 pieces of brick), send an item to Keiko Miyamori at this address; she'll send you a piece of Philadelphia salvaged from the roots of her wonderful oak tree root--as an art barter.)

I can't believe you're covering her! I used to know her well. I usually go to your site for Fukushima news, this is a surprise.

Thanks, we started as a cultural blog. However, we've been hijacked by the multiple crises - democratic crisis, nuclear crisis, economic crisis (especially for elder Jp who sacrificed to rebuilt Jp in the postwar), and Okinawa human rights, natural cultural heritage crisis. Met Keiko in NY in the mid-2000s when I traveled there to meet Shinya Watanabe, who curated a brilliant Article 9 art exhibition that featured Yoko Ono's "Play it by Trust." Love her work. Many thanks for your support of Fukushima; please share if you know of any visual art, photography on Tohoku. V. Concerned about the thousands of refugees, who seem to have been forgotten. Thanks right back to You, Jean