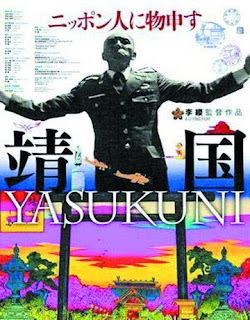 The "Special Invitation" films include Memories of Agano by Sato Makoto; Spring: the Story of Hsu Chin-Yu, depicting the life of a woman who survived the White Terror in Taiwan • Japan-based, Chinese director Ling Yi's 2007 YASUKUNI (released in Japan in 2008 to the predictable outcry by Japan's noisy ultra-right and positive responses from the general Japanese audience) • Agrarian Utopia by director Uruphong Raksasad, about a small farming family in northern Thailand • Kotsunagi, Iriai, Commons, a long-term project by late Kikuchi Shu that followed a court battle over access rights to a mountain in a poor village in Tohoku • Tsuchimoto Noriaki’s Minamata Diary.

From "New Asian Currents," a program that seeks to support new Asian filmmakers who bring varied and intimate windows on Asia:


American Alley (Korea, 2008; Director: Kim Dong-ryung: Around 40% of the area of Dongduechon City is taken up by U.S. military bases. We learn the history of K, a Korean woman who has worked on “American Alley” for over 40 years, as well as the present situation for the increasing numbers of Russians and Filipinas who have started working here in recent years. The film examines these women’s relations with young American soldiers, and their feelings for their home.

Doctor Ma’s Country Clinic (China, 2008; Director: Cong Feng): In the waiting room of an eastern medicine clinic run by Dr. Ma in the mountains of Huangyangchuan in China’s Gansu Province, the patients never stop talking. Young migrant workers, miners, and women who dream of city life: their voices fill our ears, evoking the realities of life in a rural village.

Green Rocking Chair (Philippines, 2008; Director: Roxlee): Throughout the islands of the Philippines, Baybayin is alive! This road movie follows the director’s physically demanding and playful journey in search of Baybayin, a writing system used in the Philippines before it became a Spanish colony. The latest work from Roxlee, a familiar face at the festival who has made festival introfilms and designed T-shirts since his Harajuku screened at YIDFF ’93.

This is Lebanon (Lebanon, 2008; Director: Eliane Raheb): In Lebanon wracked by relentless civil war, the standoff between religious (political) factions has grown in intensity, fostering hatred between individuals. With no end in sight, the director, a member of the Christian minority Maronite family, involves her entire family in the production of her film and searches for solutions on a genuinely personal level.

Ximaojia Universe (China, 2009; Director: Mao Chenyu): The Ximao clan have lived for generations in Yueyang in Hunan Province, the director’s hometown. What remains in the village, and what kind of worldview does their myths and poems pass on? An experimental, ethnographic documentary that attempts new interpretations while carrying out personal ‘archaeological’ exploration and intervention.

Weabak: Stayed Out All Night (Korea, 2009; Director: Kim Mi-re) The documentary of energetic women who occupy a major supermarket to protest the mass lay off of part-time workers brings to light the distortions of a male-centered society. A latest work by Kim Mi-re who has been making documentaries on labor issues.

From the "International Competition" films:

Encirclement—Neo-Liberalism Ensnares Democracy (Canada, 2008, Director: Richard Brouillette): An interview documentary that critically reconstructs neoliberal ideology, the origins and current state of the elitism and imperialism that form its basis, and the media systems that support it. (The film features Noam Chomsky and Susan George; the photo in the poster is of the IMF Board; great clips at the film's site). 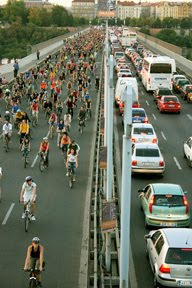 Japan: A Story of Love and Hate (UK, Japan, 2008; Director: Sean Mcallister): An international co-production depicting the woes and aspirations of Japan’s working poor, set in Yamagata and directed by an Englishman. Through revelations about his own life, he asks simple questions about Japan’s dark realities as an industrial power as he builds friendships and changes relationships.

Paying a well-deserved tribute to the late Korean-American writer and filmmaker Theresa Hak Kyung Cha, who emigrated to the United States as child with her family to escape the Korean War, the festival is showing her short films.

The festival's website is a wonderful resource on contemporary international film--with links to festivals around the world (including "The Seoul International Labor Film and Video Festival" and the "Kathmandu International Mountain Festival") and an online catalog of new Japanese documentaries available with English subtitles.
Posted by TenThousandThings at 2:32 AM
Email ThisBlogThis!Share to TwitterShare to FacebookShare to Pinterest
Labels: China, democracy, festivals, films, fossil-free, Japan, Korea, Tohoku, women, Yamagata