Pressured by the United Nations adoption of the Declaration of the Rights of Indigenous Peoples, the Japanese government is finally making a move to renew their policies about Ainu people. In deliberating these policies, it is paramount that the policies are not be decided in favor of Wajin, the majority Japanese, but rather understood as an issue of Ainu people’s self-determination. When it comes to the issues of Ainu people, shouldn’t Ainu people themselves be in charge of making decisions?

We have invited two Ainu guests from Yaunmosir (the island of Hokkaido) who have been active in various Ainu activities. We hope to learn and think deeply about the rights of indigenous people and the relationship between Japan and the Ainu people while also enjoying Ainu songs and dances. 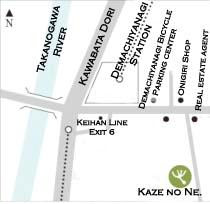 email: ainu.okinawa@gmail.com
(Correspondence in English, Spanish, and Japanese. We will have a go at other languages)
Fee: 1000yen, 500yen (student discount, etc. please ask if you have special circumstances)

The government has neglected to recognize the Ainu as indigenous people for years because recognizing their indigeneity means coming to terms with Japanese history, in particular, the Japanese colonization of the Ainu people and their land. This recognition comes in conflict with Japan’s desires for control over the distribution of resources, as confronting Japan’s colonial history comes part and parcel with providing apologies, compensation, and other rights.

The United Nations Declaration of Rights of Indigenous Peoples (UNDRIP) was adopted in 2007 and it was publicly recognized in the eyes of international society that indigenous peoples around the world are entitled to indigenous rights. The declaration marks a breakthrough since Columbus’ colonization of the Americas- a global trend to revitalize collective indigenous rights.

In accordance with these international trends and pressures, the Japanese government recognized the Ainu people as indigenous people last year. The government has created a consultative body on Ainu issues and is in the midst of drafting new policies. However, their report is by no means satisfactory; although some constructive suggestions have been made, the report does not discuss the need for an apology and compensation for Ainu people.

Before discusisng each policy recommendation, we have to ask why Wajin have the right to decide the future of the Ainu people. In the consultative body on Ainu policy that met this year, there was only representative. If Ainu people are restricted from make decisions about their issues by themselves, if we look away from the issue of self-determination, then can we really assure the true revitilization of their rights?