All Prefecture Okinawan Rally Today: No more US military bases!

Longtime Okinawan activist Shouichi Chibana mentioned the rally at the "We Can't Go on Like This: Japan & the World" anti-war demonstration in Kyoto last month. He said the DPJ made an election campaign promise for a total review of the air field plan for Henoko Bay, Nago City. 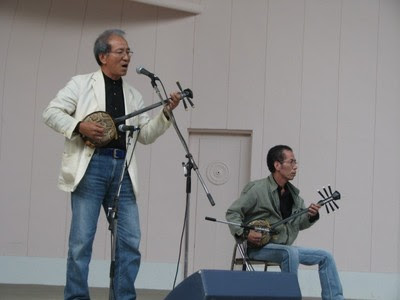 Mr. Chibana (left) at the Anti-War Rally in Kyoto on October 11th. (Photo by author)

Okinawan protesters are addressing the relocation of Futenma Air Base. Three options will be deliberated: continue with plans to bulid a new base on the seashore of Henoko; chose another location to rebuild the airbase; or to abandon all plans to build a new base completely. 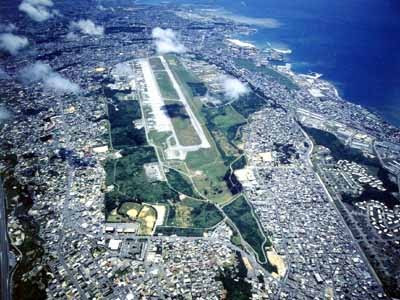 The rally is scheduled just prior to Obama's visit to Japan on November 12 and 13th to make sure the U.S. president understands the Okinawan people's objection to plans to build a new air base and their dissatisfaction with U.S. military presence in Okinawa in general.

-- Jen Teeter
Posted by TenThousandThings at 12:00 AM
Email ThisBlogThis!Share to TwitterShare to FacebookShare to Pinterest
Labels: biodiversity, Okinawa