Italian-Japanese peace group: Petition to Save the Only Peace Studies university course in Italy 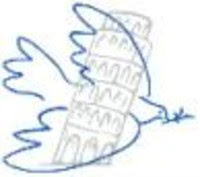 Peace education is under siege not just in Japan. In the US, military and privatization proponents have stepped up the militarization of public education. Arne Duncan, Obama's secretary of education, increased openings of public military schools in minority and low-income neighborhoods in Chicago when he was superintendent of Chicago public schools. Chicago has the most militarized public school system in the US, and perhaps the world--10,000 students from middle school through high school participate in some form of military-focused education. Duncan, a corporate lawyer, not an educator, is now bringing this agenda to the rest of the country.

In Italy, where educators created a liberatory childhood education philosophy, Reggio Emilia, during the postwar period (in the northern Italian city of the same name--an anti-fascist center during the Second World War)--now the only university peace program is under attack. 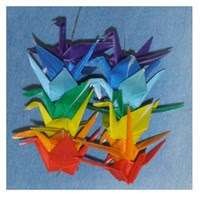 "Seeds Beneath The Snow" is a non-profit peace organization based in Pisa, Italy, that "aims to inform Italian civil society about their counterparts in Japan working on peace, nonviolence, human rights and the environment - and viceversa."

They're calling for supporters for their PETITION TO SAVE the ONLY PEACE STUDIES UNIVERSITY COURSE in Italy: Pisa University's "Scienze per la Pace:


The university course in Pisa, the only one of its kind in Italy, was set up out of a need for an international culture of peace which came about after the Second World War, when several institutions were created in northern Europe and the USA, and which are still operating today. Our studies, which are needed more and more, offer us the opportunity to find alternative, non-violent solutions to conflict resolution. Our interdisciplinary approach is fundamental for the analysis of what is happening in the world. In our opinion peace doesn't mean the mere absence of conflicts, it does mean active construction of a better reality. Therefore, the quest for peace is led by a scientific approach and a strategic study of various proposals and specific methods.

We think that our country needs the continuity of the non-violent culture of our philosophers and masters that are studied all over the world, such as Aldo Capitini, Danilo Dolci, Lanza dal Vasto, Lorenzo Milani, Tonino Bello, Ernesto Balducci. This cultural continuity must remain in the academic world of the Italian university. Teaching and training are necessary to avoid the decline of non-violent philosophy, culture and experiences. Our course is based on them and we think they are the only tools for a real change in our society. If Scienze per la Pace ceased to exist, the will to defend democratic institutions both in Italy and in the rest of the world without using arms would be even weaker than now. Peace studies cannot fail to be included and not have equal dignity within the Italian university system. The Italian University needs a thorough course of peace studies to create new cognitive and ethical foundations for politics and social action.

In an Italian and European context which is daily more and more more impervious to the needs of those on the other side of Mediterranean Sea, in a geographic zone where the reply to the recent economic and financial crisis can only be an alternative model of development for some time now a fierce attack on culture in our country has been in act, an attack on any different voice and dissonant idea. The meaning of the word "peace" is being impoverished. But there were some in Pisa who were able to start up this different school. Today this course is in danger of being halved, frustrating its purposes, its project. There are several reasons: from the government's cuts to the lack of any real support inside the university for the existence of this course, which does not fit into the normal scheme of things.

Signed by the Students Assembly of Scienze per la Pace
Pisa, 25th September 2009

Most of the signatories so far are Italians who would be buoyed by more global solidarity from other supporters of peace.
Posted by TenThousandThings at 6:40 AM
Email ThisBlogThis!Share to TwitterShare to FacebookShare to Pinterest
Labels: democracy, peace, peace networks

I am concerned about those military-oriented high schools in U.S. As if the country needs more of military culture. Military gives false sennse of power to those who can benefit from building more self-confidence and self-assurance through positive and loving education.

The trend is very disturbing- militaristic indoctrination of youth is a characteristic of totalitarian society, not democratic society.

The logical jump in conclusion is that the US plans to engage in military conflicts in the long-term and is seeking out and creating future soldiers, targeting low-income, high minority children.

The world already has too many child soldiers (including the US which sends eighteen and nineteen-year-olds to war).

Thanks for your thoughtful remarks! Jean