Voices from Survivors of Hiroshima & Nagasaki: "There were a great number of shooting stars." 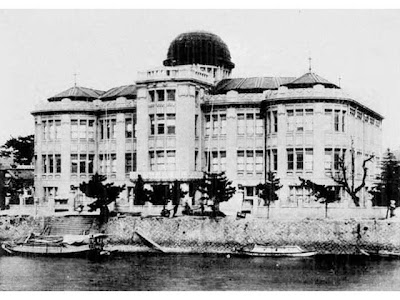 Voices From Survivors of Hiroshima and Nagasaki (linked at the Gensuikyo (The Japan council against Atomic and Hydrogen Bombs site) is a profound collection of survivor testimonies describing the hours before, during, and after the atomic bombings.

The lists of titles of the testimonies read like lines of poetry, painting the terrible tapestry of individual human experiences as Hiroshima and Nagasaki passed through the chasm dividing reality before and after the bombings:


Witnesses to Hiroshima from the night of August 5 through the early afternoon of August 6, 1945

At Hiroshima on the night of fifth of August in 1945
There was a great number of shooting stars.
She was born on August 6, 1925. It was her last night in her teens.
In Hiroshima before dawn on August 6, 1945
It was so quiet as if every creature were dead.
It was a night with lots of stars twinkling in the sky and a crisp coolness in the air.
Why does she keep following her father around today? I wondered.
We haven't seen our mice this morning, have we?
She was born in the worst of times...
The atomic bomb cloud looked like a sun with a halo around it.
Rays shimmered like heat haze on the ground.
I can hardly describe what the cloud looked like.
I thought Hiroshima was moaning...
It seemed as if the sun covered half of the sky over Hiroshima.
Na-mu-a-mi-da-butsu, they chanted in their Buddhist prayers...
I will write real stories, though they may not be printed in the newspaper...
Flames shot up into the sky like the Niagara Falls inverted...
My little brother died. I should not have yelled at him.
Maybe it was my mother's soul that visited me...

Witnesses to Hiroshima from August 7 through August 14, 1945

Daybreak, August 7th, 1945 Hiroshima
From upper stream bodies drifted and hit the oar of the boat
We dug the riverbank and buried her two daughters
My family of four was burnt to death under our collapsed house
He would rather not see us
A man stripped the straw mat off me, then sold it to another person
All my family is dying...

August 15th. Hiroshima and Nagasaki learned Japan's unconditional surrender.
Japan failed in war...
My wife said, "I wished the war had came to an end a little earlier."
If Japan had surrendered a week earlier, my father would not have died.
I didn't care whether Japan has won or lost...
You may die in a few days...

Morning is the bitterest memory...
Even her tears were the colour of blood.
There is no medical treatment.
Evening primroses had been in bloom over a burial mound where we buried the dead people

It is we ourselves and no one else that suffer from wars.
Why don't we give up war in this world?
We have to revenge by achievement of peace...
Please make use of my story.

The emotions of the voices are unforgettable, describing how the sky itself (lit up by falling stars), animals, and children sensed what was to come:


It was around six o'clock in the morning. My husband was leaving for work. I didn't know why, but my little daughter kept following her father around. She clung to her father's arm and went out of the door with him. She looked like she did not want him to go alone. I wondered why she kept following him around that particular morning. 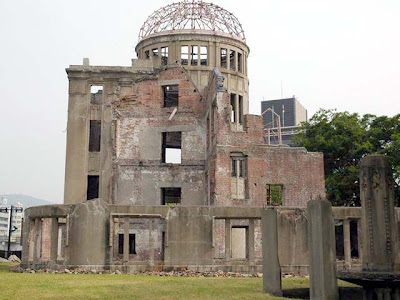